American streetwear brand Chinatown Market, founded by Mike Cherman and Dan Altman, has revealed its new logo — featured in advertising for its first collaboration with Chinese sportswear giant Li-Ning, which will be dropping next Monday.

The brand new logo appears to be a play on its brand acronym CTM, using the copyright and trademark symbols.

Following its pledge to change its name after much deliberation with the Asian American community in March, the brand said on Twitter that the official new name will be revealed on Aug. 15. The current logo is a yellow smiley face surrounded by the brand name.

Featured pieces include a multipocket outdoor vest made with 3M material, T-shirts with a variety of graffiti prints and the “Titan Bricks” shoe model, which comes with two separate layers and can be worn three ways. 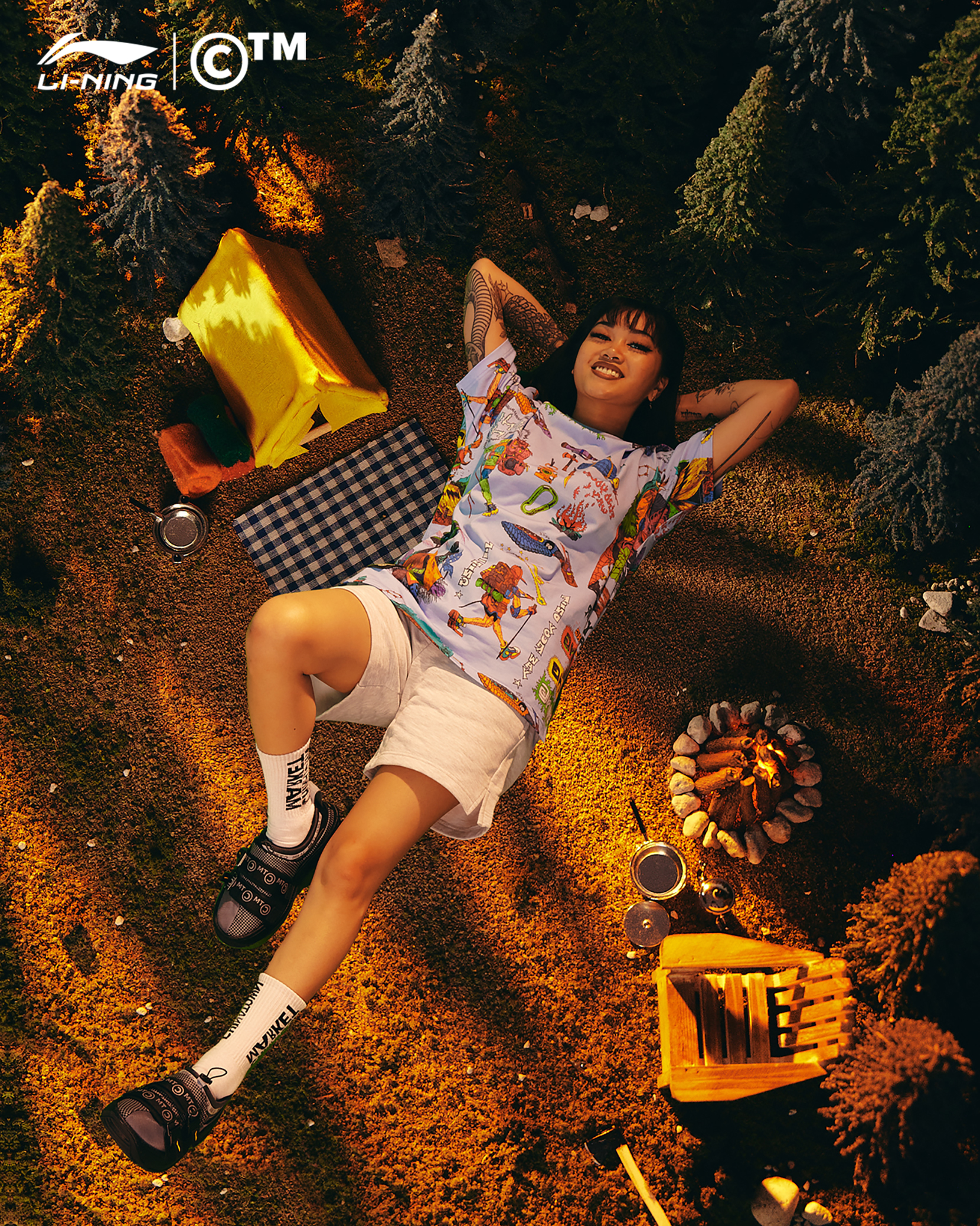 A look from the Li-Ning x Chinatown Market collaboration. Courtesy

Li-Ning has seen growth since it began to show in New York and Paris during fashion weeks, presenting a more youthful image since February 2018. Its market capitalization jumped 13.75 times to 226.61 billion Hong Kong dollars, or $29.18 billion, during that period.

Early this month, the brand branched into the skateboarding lifestyle market with a collection designed by skate legend Erik Ellington.