A WOMAN has revealed the hidden dirt you probably don't realise is lurking in your kitchen.
TikTok user @cleanwithmekayleighx uploaded a video of herself using a spoon to unscrew the central piece of the plug in her kitchen sink to reveal a thick layer of brown grime. 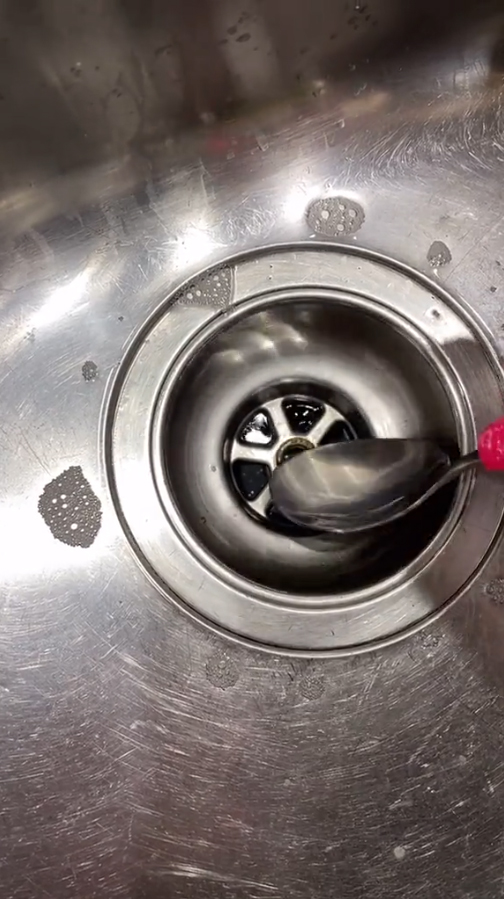 She removed the plug and dropped it into a bucket of warm water and Glorix toilet cleaner before tackling the greasy plughole.

First off she doused the sink with water from the tap.

The woman then took her tool of choice – an old toothbrush – which she used to slap on The Pink Stuff The Miracle Cleaning Paste and work into all the dirt.

She then cleared all the dirt off camera and cut back to reveal a blitz plughole so free of grime it looked brand new. 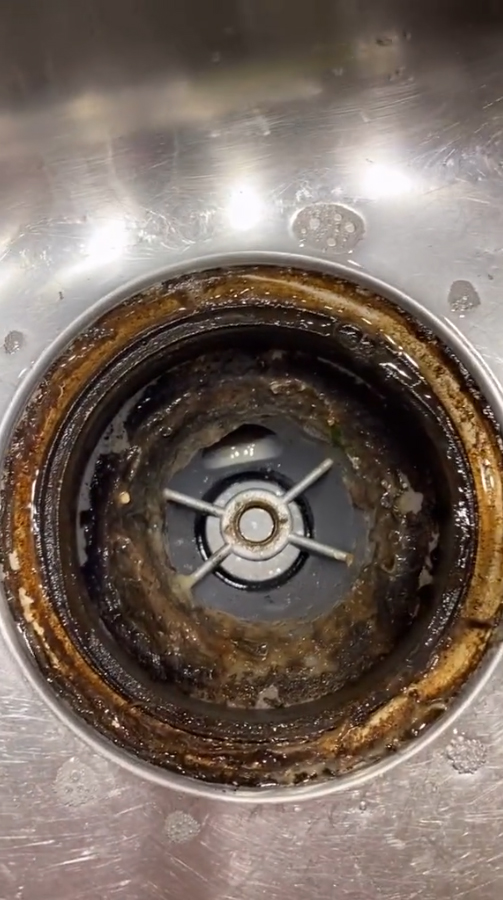 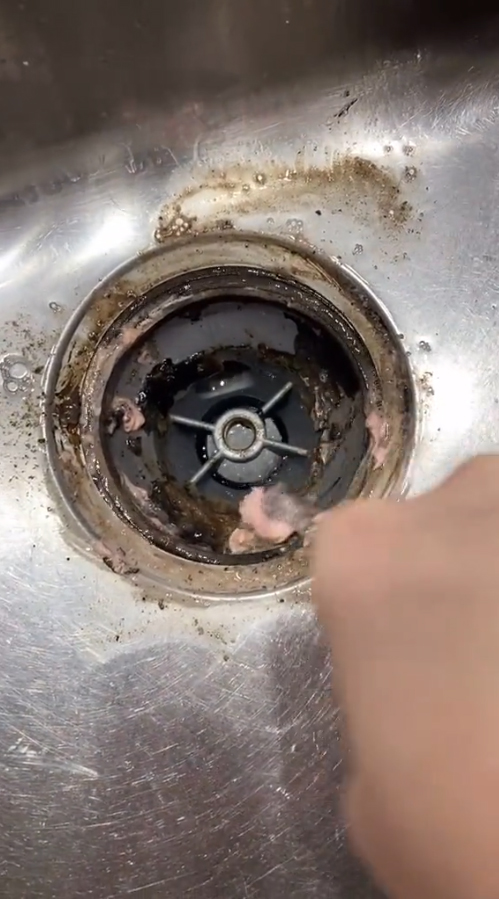 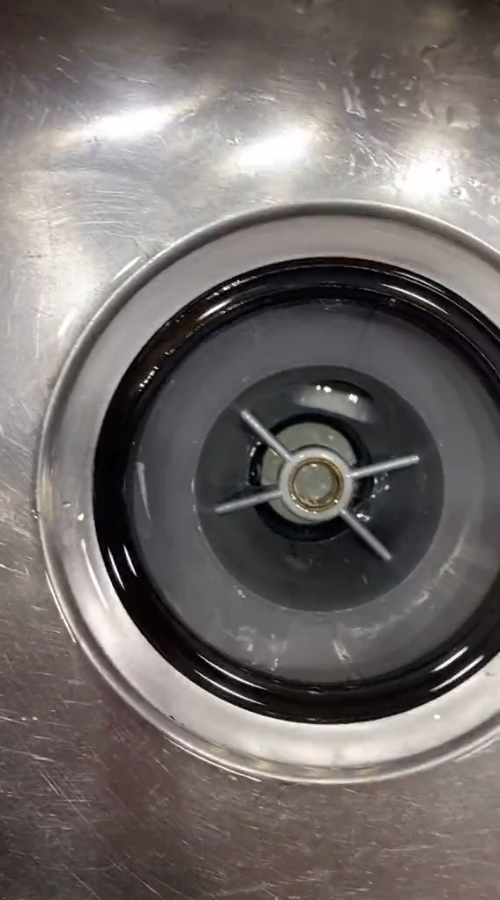 Next she turned her attentions back to the plug pulling it out of the water and tackling it with the same Pink Stuff/toothbrush combo.

After yet more elbow grease the plug came up equally as shiny.

She rounded off the deep clean with more toilet cleaner down the sink, a good rinse with water from the tap and a wipe down.

Despite the satisfying conclusion, the woman confessed she did not enjoy the process. 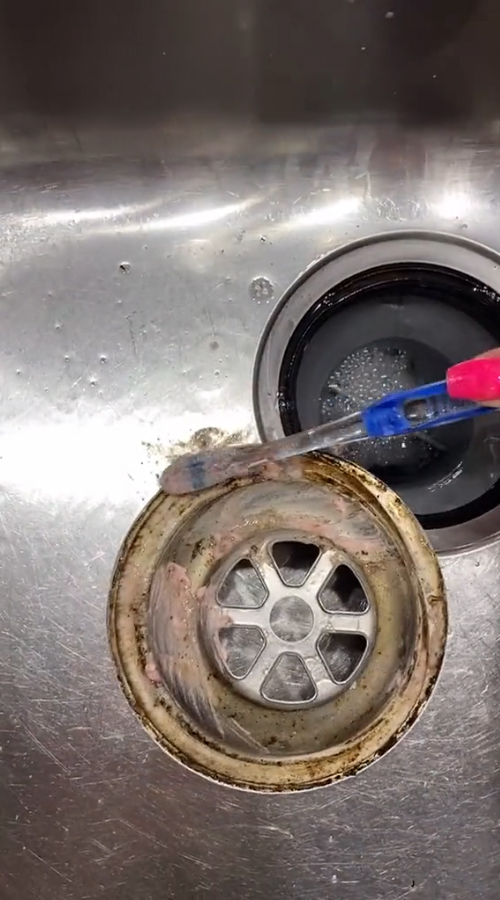 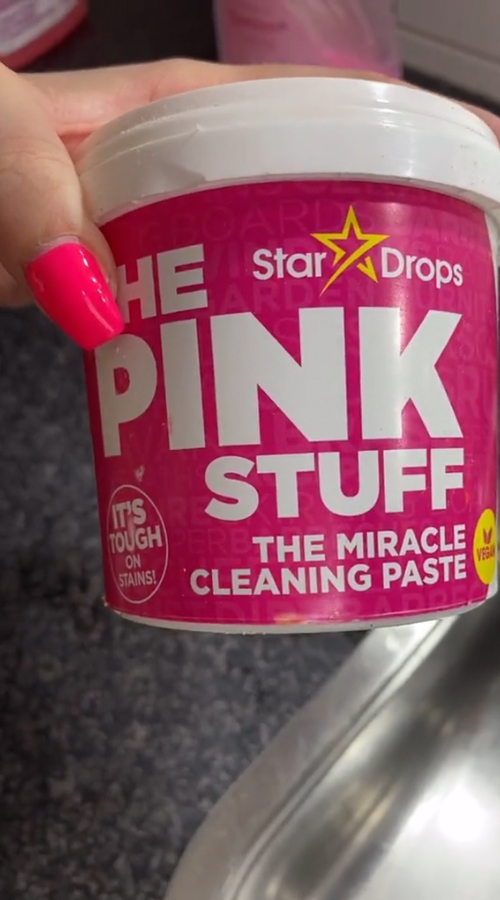 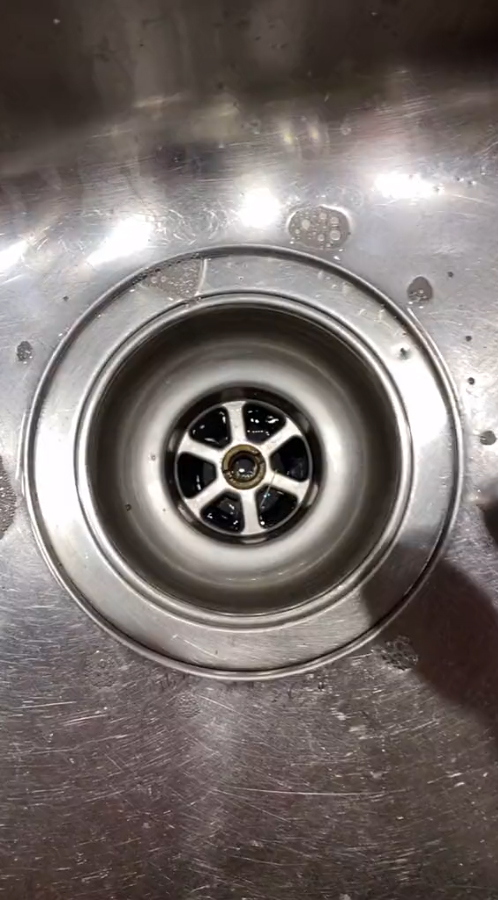 In the caption for the video she said: "This was so gross. I was really going to throw up."

Fellow TikTokers were less keen to tackle the hidden grime.

Another added: "Out of sight, out of mind."

While a third chipped in: "If I don't look, it doesn't exist."

Looking for more tips? Cleaning fan reveals handy hack to get your cutlery sparkling every time & all you need is tin foil.

Plus this mum was horrified by amount of "gross" dirt lurking in her new washing machine & shares easy way to get it spotless.

And this mum revealed a simple trick for removing stubborn oil stains from clothes and you don’t need to buy any cleaning products.