THERE'S no denying that cleaning the toilet is the most tedious and arduous household chore.

This especially rings true when you've scrubbed the bowl and realise you've run out of toilet blocks as you attempt to tackle the tank. 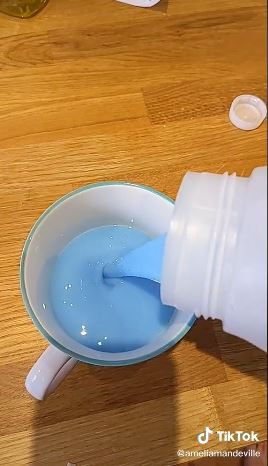 Yet, TikTok user Amelia Mandeville has come to cleaning fanatics aid and shared a clever hack to have your bowl looking and smelling fresh in the interim.

Her secret? A cup of fabric softener.

Sharing the hack online, Amelia fills up a mug with Comfort fabric softener, any brand will do, and pours the liquid into the tank of her toilet.

She then explains to leave the liquid in the cistern for at least five minutes to mix with the rest of the water in the tank. 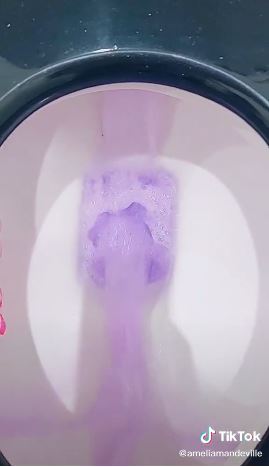 Coming back to the toilet a few minutes later, she raves that "it smells so good" because the water in the tank – which contains the fabric softener – flushes into the bowl.

The video, which has been viewed 1.4 million times on TikTok, received a flurry of comments and even had one follower Ashlea Kemp trialling out the hack alongside her clip.

"This a great idea," one follower penned. 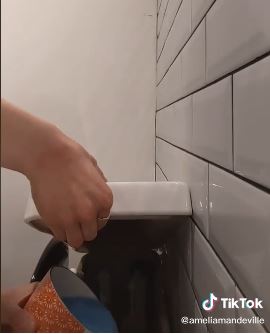 A second wrote: "This is amazing, never would have thought of this. Definitely going to try it."

"OMG this is amazing idea!!!! Nothing helps me after my husband use the toilet" (sic).

Originally the hack was shared online in January on Instagram when one American user advised "pouring a cup [230ml] of laundry detergent in the tank of the toilet" which sinks to the bottom.

In other cleaning news, we told you how Mrs Hinch uses a handy tool to clean corners of her washing machine drawer – and you can buy one for £9 on Amazon.

We also revealed that a mum has praised a 99p product which has completely transformed her dingy patio.

And another mum has shared stomach-churning photos of hair build-up after unclogging drain.