WHEN picking a name for their new baby, most parents' biggest fear is that their child will grow up to dislike it.

But what happens when you're the one to gradually get fed up of the name you picked in whirlwind of early parenthood? 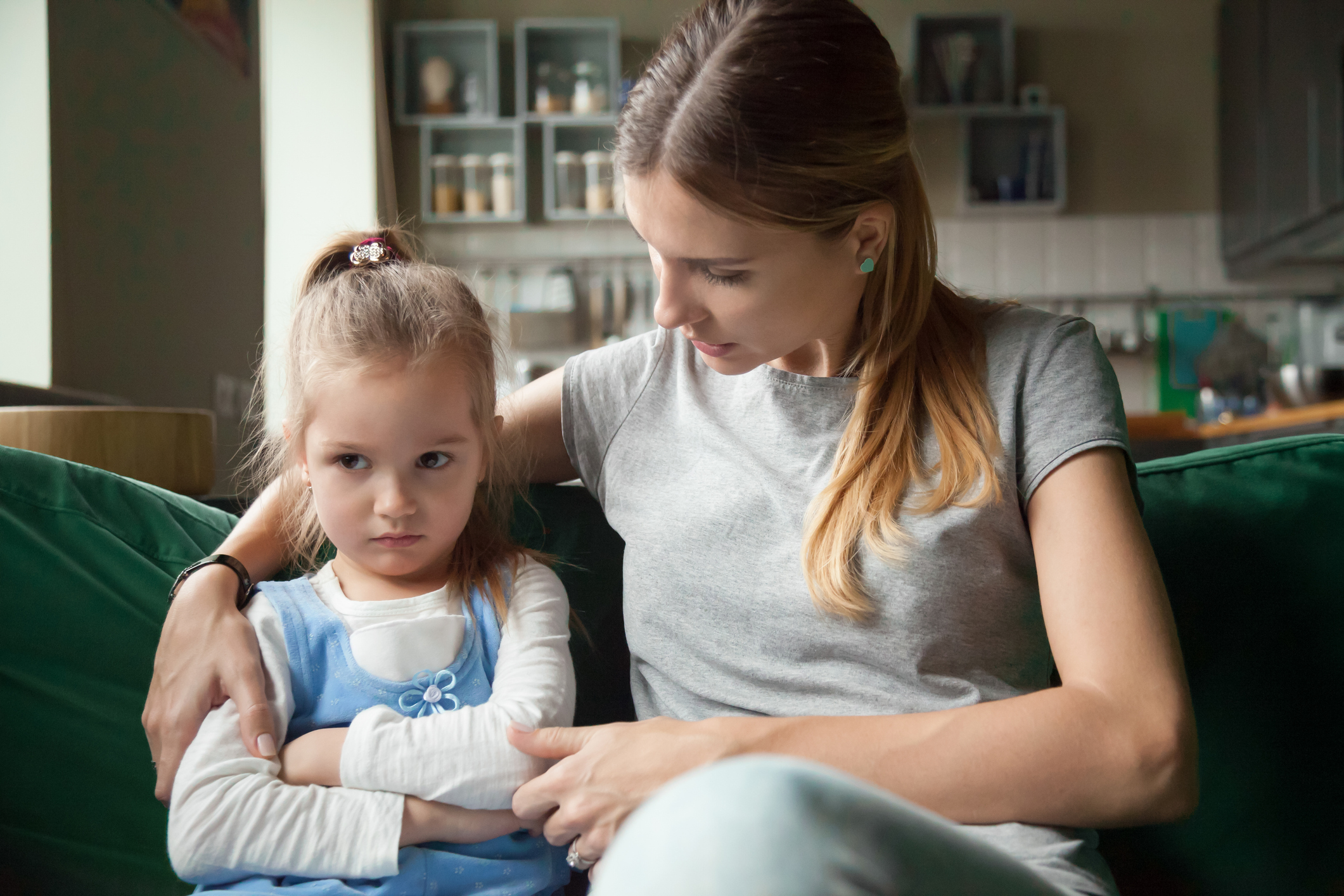 Unfortunately for one mum, this is the exact scenario she's found herself in for the past four years.

Posting on Mumsnet, the anonymous parent revealed how she'd once loved her daughter's name Lily – but was concerned by how popular it is.

She wrote: "I don't really know the point of posting this, as I obviously wouldn't change it now but I can't seem to get over regretting what we called [our daughter] who is now four."

The frustrated mum explained how her husband is a teacher and "picky about names". 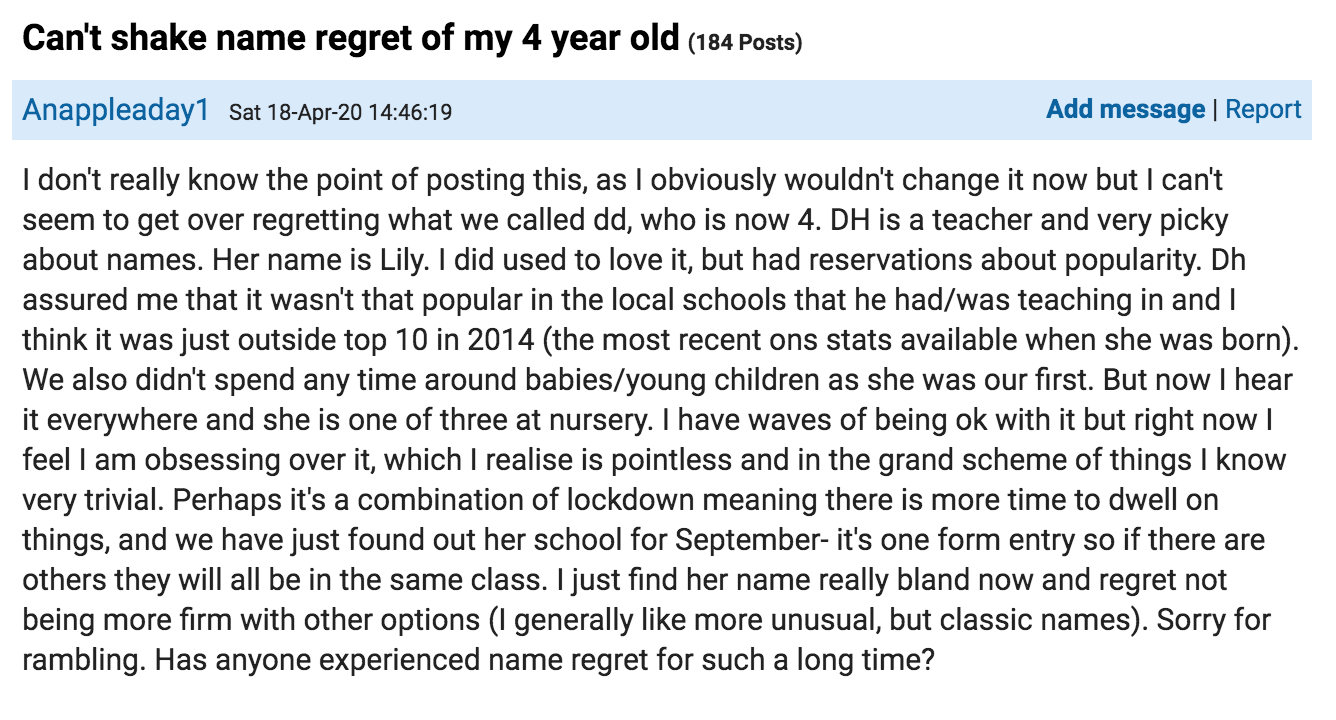 Although Lily continues to crop up in yearly "most popular names" lists (and was even third in 2019), the mum continued: "'[My husband] assured me that it wasn't that popular in the local schools that he was teaching in."

As she'd never spend much time around kids before having her daughter, the mum didn't argue otherwise – but now she says she hears Lily's name crop up everywhere she goes.

To make matters worse, her daughter is one of three girls with the name Lily at nursery.

She added: "I have waves of being ok with it but right now I feel I am obsessing over it, which I realise is pointless and in the grand scheme of things I know very trivial."

The mum has also just discovered that the school Lily is also due to start in September only one class per year group – meaning she's likely to share her name with classmates again.

Asking other members of the forum for advice, she added: "I just find her name really bland now and regret not being more firm with other options – I generally like more unusual, but classic names."

Despite the fact that many users tried to reassure the mum that names often drop in and out of fashion, one replied: "I must admit that I know a LOT of children named Lily.

"You could change it, but do it sooner rather than later." 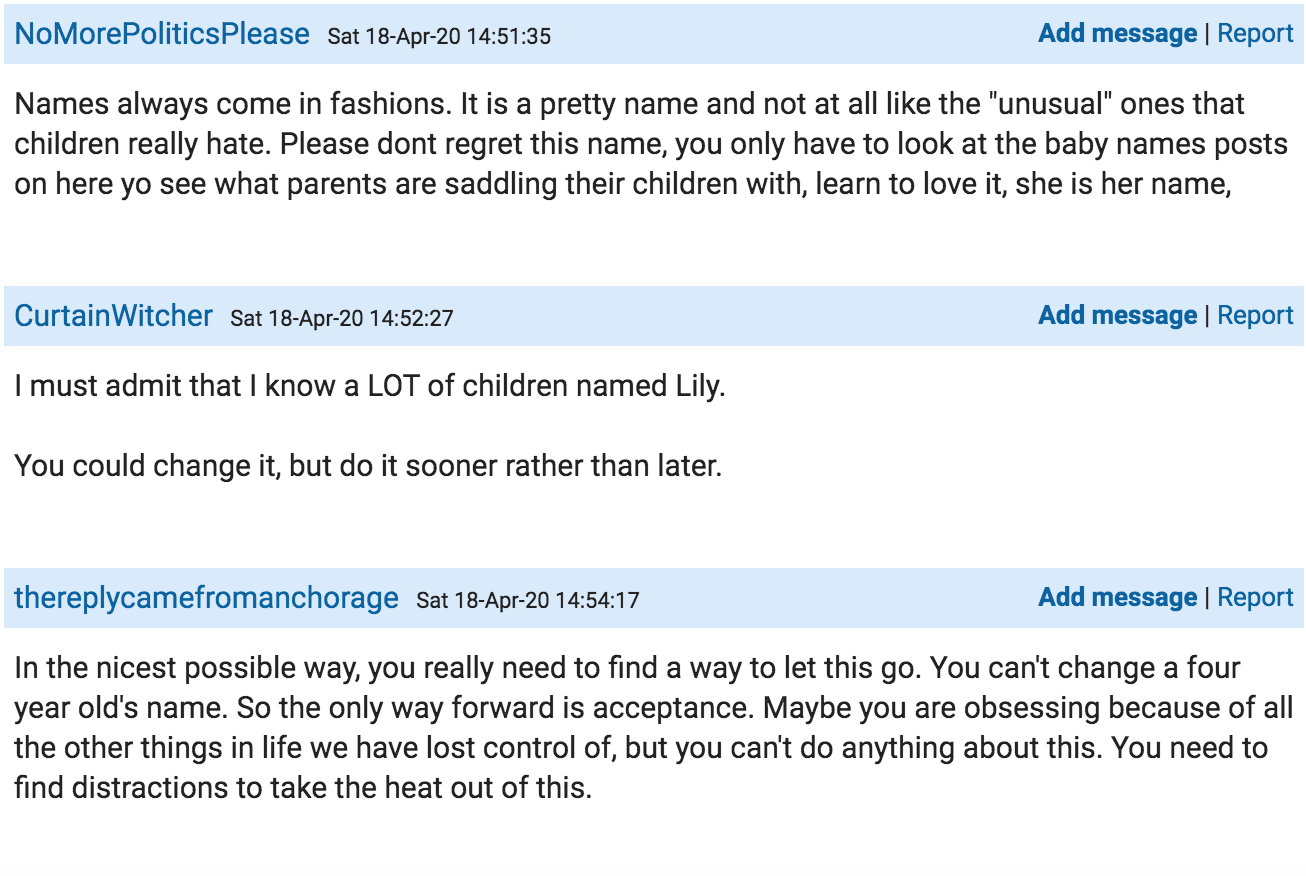 Another added: "Bless you. Yes. I regret [my daughter's] name, she’s twelve now and it has got easier. I still wish we’d gone with something else."

"In the nicest possible way, you really need to find a way to let this go," a third wrote. "You can't change a four year old's name. So the only way forward is acceptance."

Meanwhile, another argued: "It’s a lovely name and that’s why it’s popular. I would have no regrets if it was my dd’s name. Try not to be upset over it, it’s a great name."

In more parenting news, this dad-of-three made an incredible playhouse for his kids which includes a garage and private lawn – and it cost just £150.

And mums are dyeing their kids’ hair rainbow colours using just tissue paper and a kettle of water.

Plus this mum shared her healthy sausage rolls recipe packed with veg she feeds her kids – but they have no idea.