HAIRDRESSERS across the UK are preparing to open their doors in the coming weeks provided they make their salons COVID-19 safe – and we're currently counting down the days until we can get a much-needed cut and colour.

But it looks like they'll be some stiff competition to get an appointment when hairdressers do open – as some salons have revealed they already have THOUSANDS of people on their waiting lists. 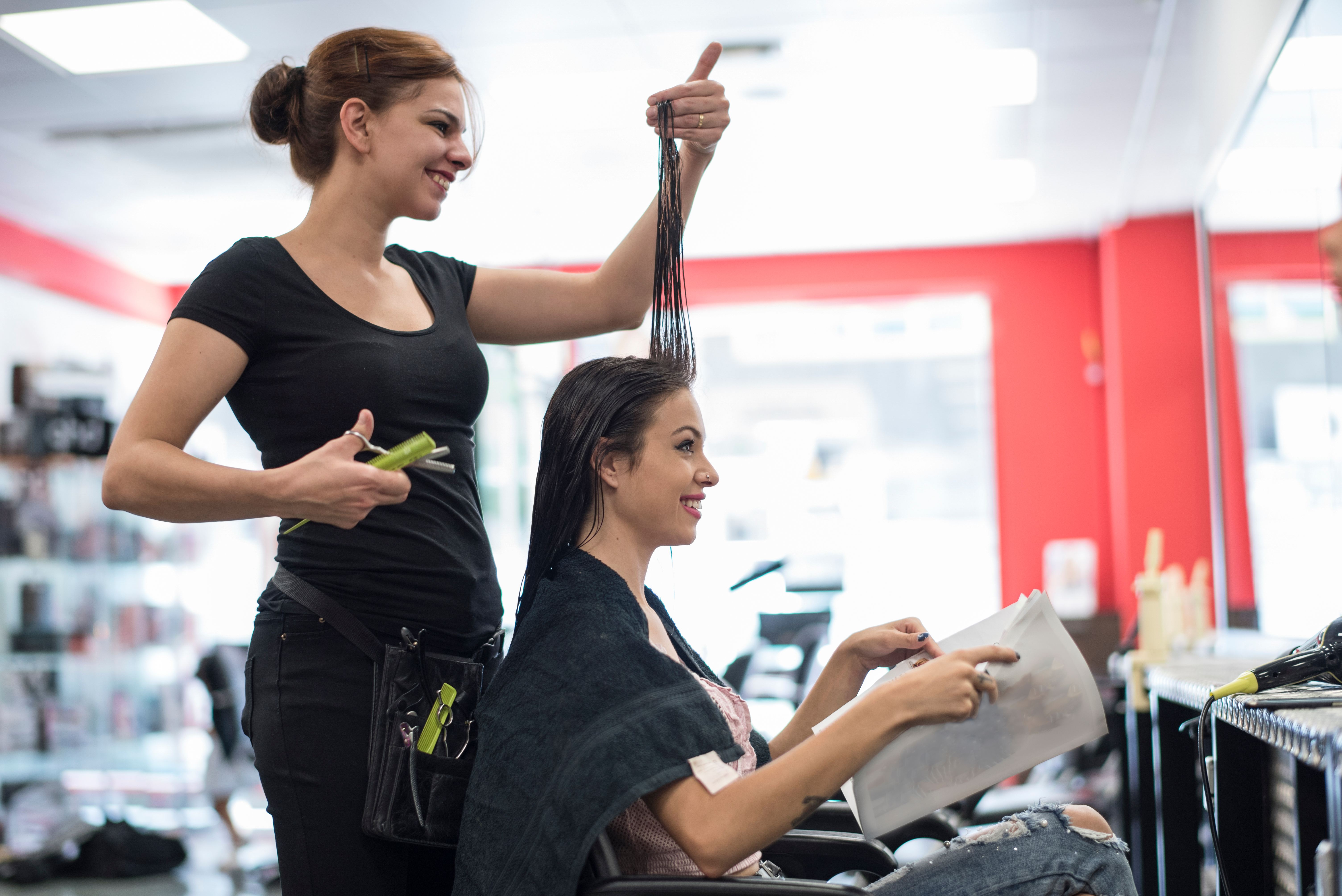 Although the government originally said salons wouldn't open until mid-July as part of their lockdown roadmap, The Telegraph reports that ministers are considering moving it forward to June in a bid to kickstart the economy.

As a result, beauty bookings app Treatwell has seen an astonishing 410 per cent increase in appointments being made last week in comparison to the beginning of lockdown.

Speaking to the Daily Mail, celebrity hair stylist Michael Van Clarke revealed his Soho salon already has a 3,000 waitlist for when they re-open in July.

In order to cope with demand, hairdressers won't be fitting new hair extensions and the day will be split into two shifts – in doing this, Michael hopes they can see all the clients on the waitlist within three weeks of re-opening. 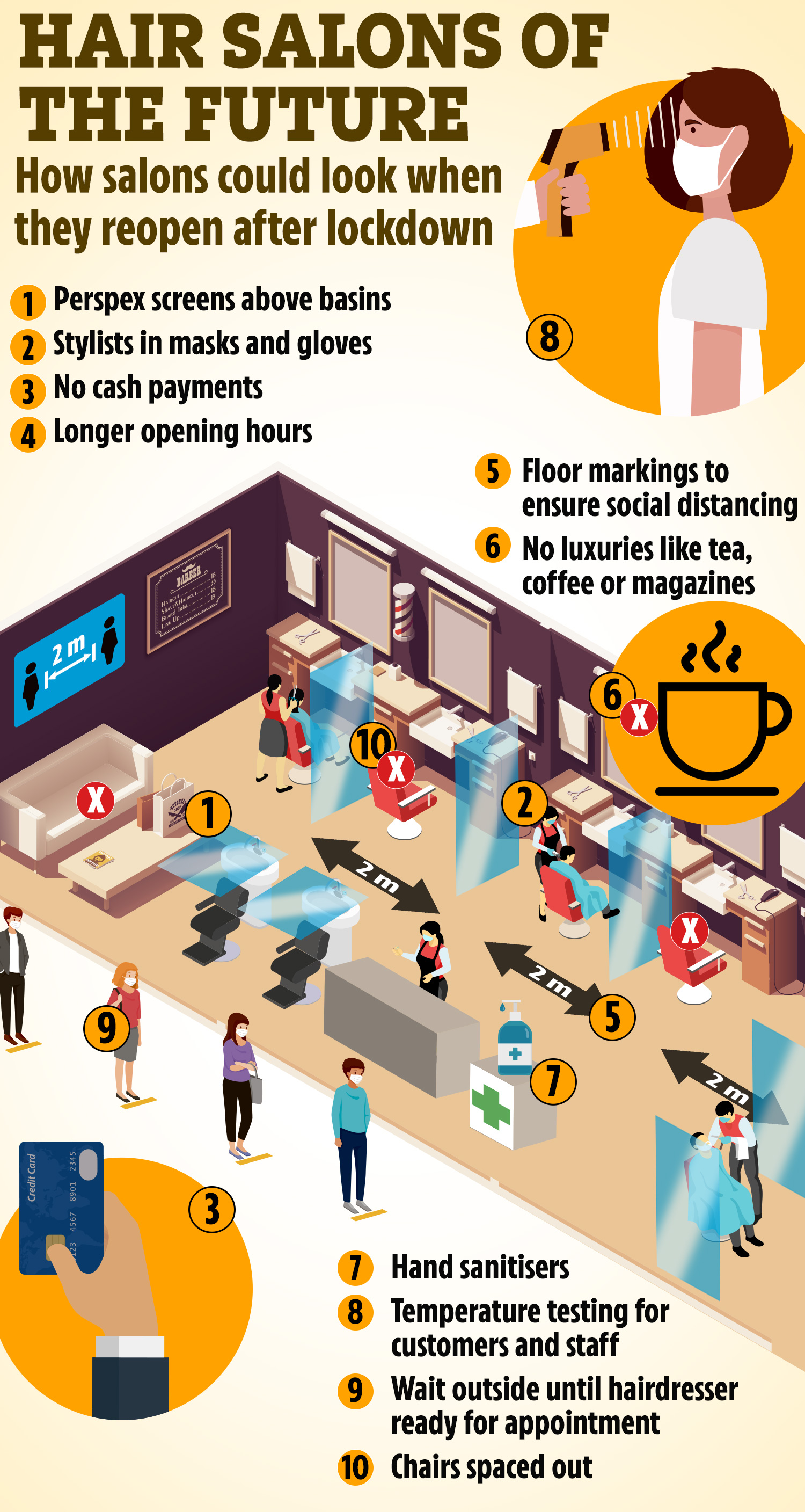 He said: "While 3,000 clients wanting to come within the first few days of opening clearly isn't possible, by opening for two shifts a day from 7am until 2pm, and 2pm until 9pm for seven days a week, we can operate 14 shifts across the week with a reduced team in on each shift."

In order to make salons COVID-19 safe, hairdressing stations need to be spaced at least two metres apart and be disinfected after every client.

Just like the precautions nail salons are taking, customers will have to wash their hands when they arrive for their appointment and pay by card.

Similarly, celebrity hairdresser Ricky Walters also told the publication that he has 2,000 clients on his waitlist – and they'll all have to wear face masks when they enter the salon.

Will I have to wear a face mask at the hairdresser?

It’s likely all workers will be wearing gloves and a mask, which is the minimum requirement suggested by the British Beauty Council and some salons could see perspex screens above the basins too.

It’s not thought customers will be forced to wear masks, although you can if you choose.

"When the customers comes in we will measure their temperature with a scanner and antibacterial gel will be offered along with two face masks (in case one gets dirty)," explains London salon owner Gennaro Dell'Aquila. "Our staff will also wear a mask and gloves and be have their temperature measured 3 to 5 times per day."

He explained: "Everything is going disposable! From the gowns our clients wear to the towels we use to dry hair, everything will be single use."

What's more, Gina Conway of Aveda Salons & Spas revealed that they'll be offering a "tint and go" option to customers.

Rather than spending hours waiting for your dye to develop in the salon, hairdressers will apply the tint and give customers a timer for when they can remove it at home.

Meanwhile, Jamie Steven's salon will be prioritising the customers they had to cancel on in March before seeing the hundreds already on their waitlist.

He explained: "Our waiting list runs into the hundreds and when we reopen we'll be seeing the clients we had to cancel on lockdown first; we've kept them booked in for their original dates and as soon as is safe to return to work we plan on getting them booked in before opening our books to new appointments on a first come first serve basis."

And Victoria Beckham swears by this £10 shampoo – and it’ll preserve your hair colour during lockdown.

Plus Heidi Klum revealed she uses a £1.50 baby shampoo to wash her face each morning to keep her looking young.