The mum, from Melton Mowbray, Leicestershire, piled on the pounds after she begun 'eating her feelings' following a tough relationship breakdown. 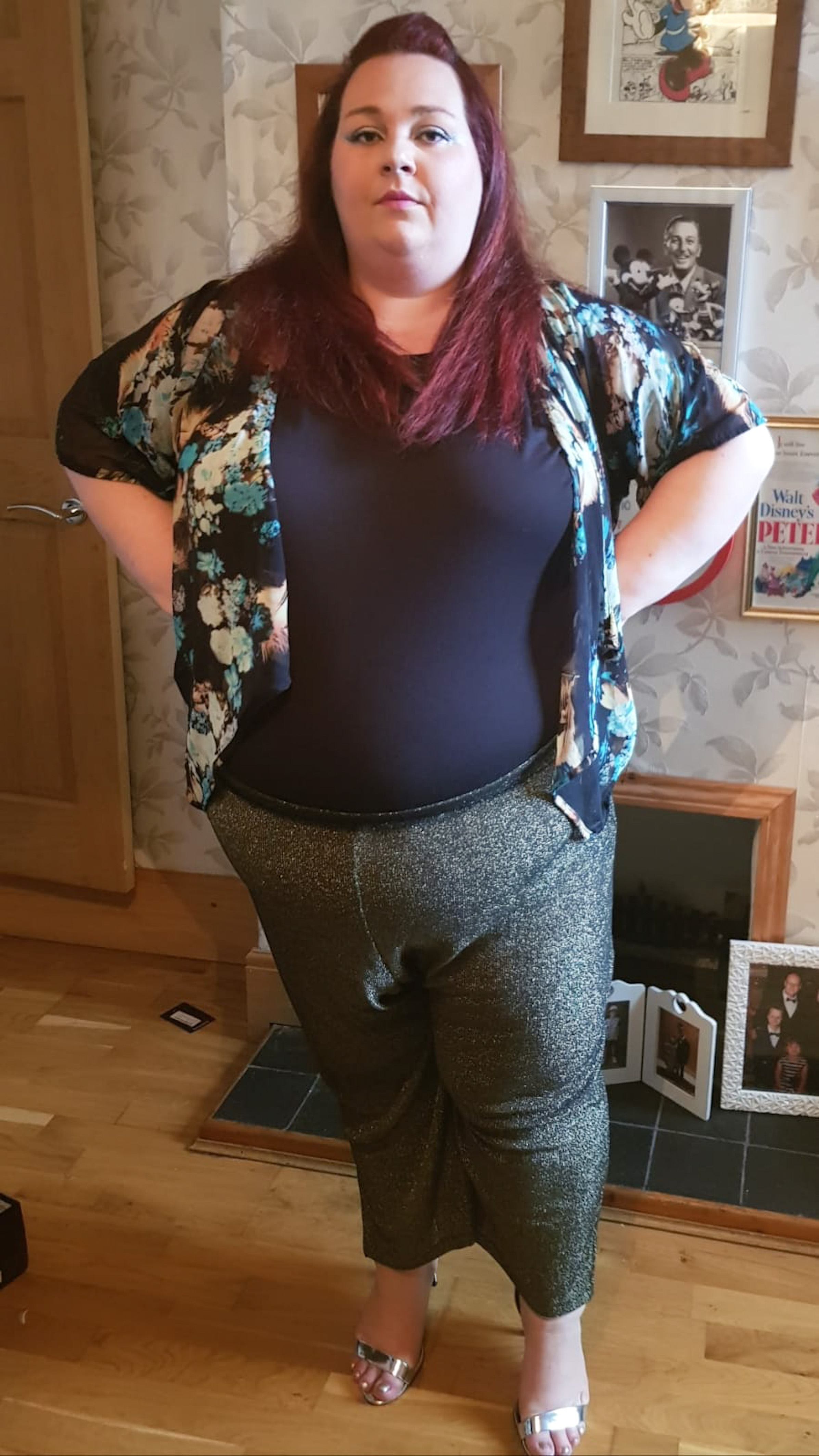 And before she knew it, Hannah had begun gorging on multipacks of Twirls and boxes of donuts for breakfast.

However, it was when Hannah went to see her doctor that Hannah got a stark, but much-needed wake-up call – she was eating her way to an early death.

Determined to do something about her weight, Hannah took up a strict diet and exercise regime – which saw her drop a staggering ten stone.

But although she's saved her own life, Hannah has been left with an apron of excess skin and she is now hoping she can raise £12,000 for surgery to get rid of it.

Hannah said: “I'm obviously really pleased I am a healthy weight now, but I have to wear two pairs of pants every day-high briefs and shapers and it’s really uncomfortable.

“It’s getting to the point now because it’s hot, I’m getting infections, on my belly button or between the pelvic bone and my tummy."

Hannah first ballooned to 25st 12lb after going through a relationship breakup.

She said: “I have always been big and weight has always been an issue – I kept eating, I was basically eating away my feelings. 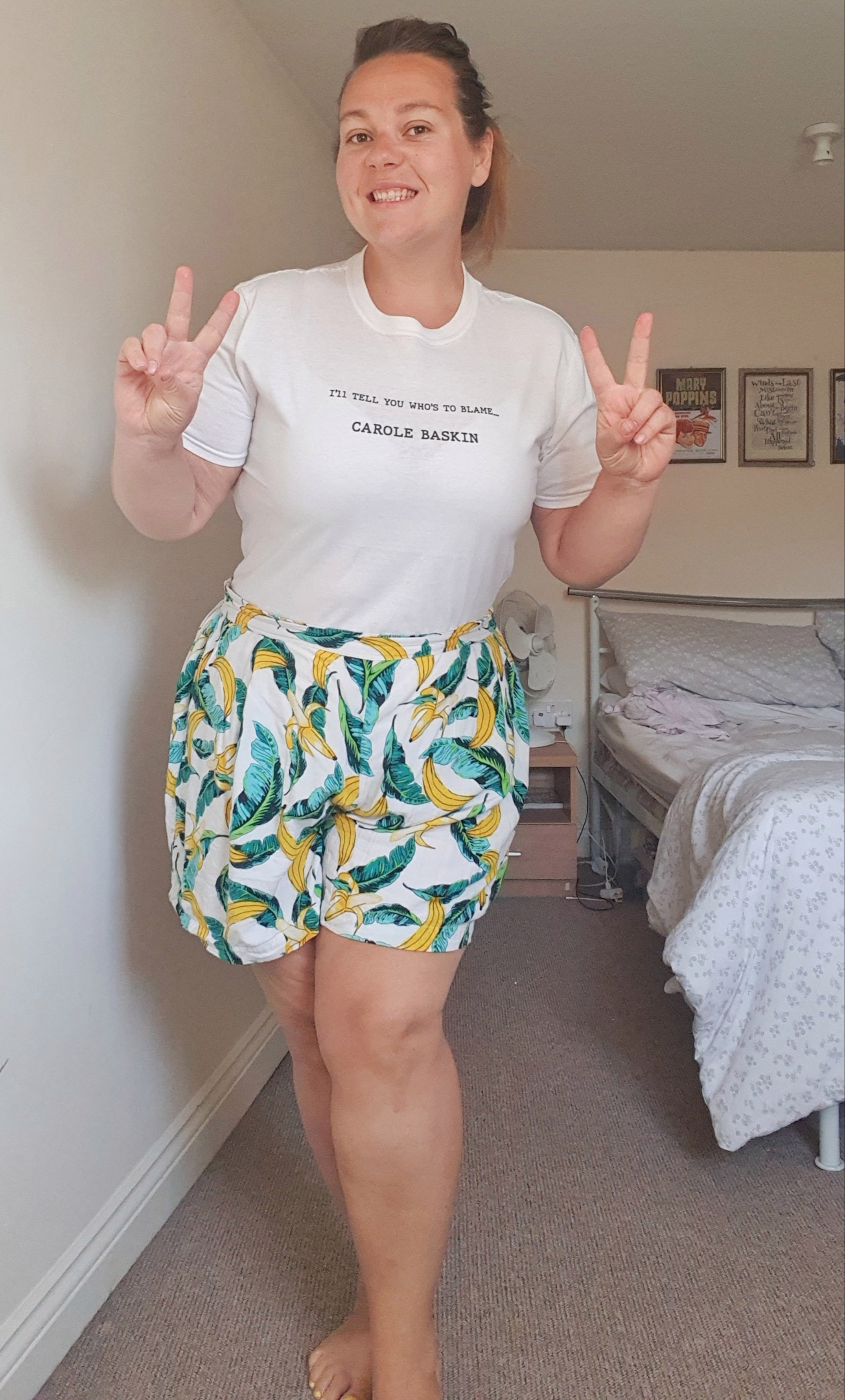 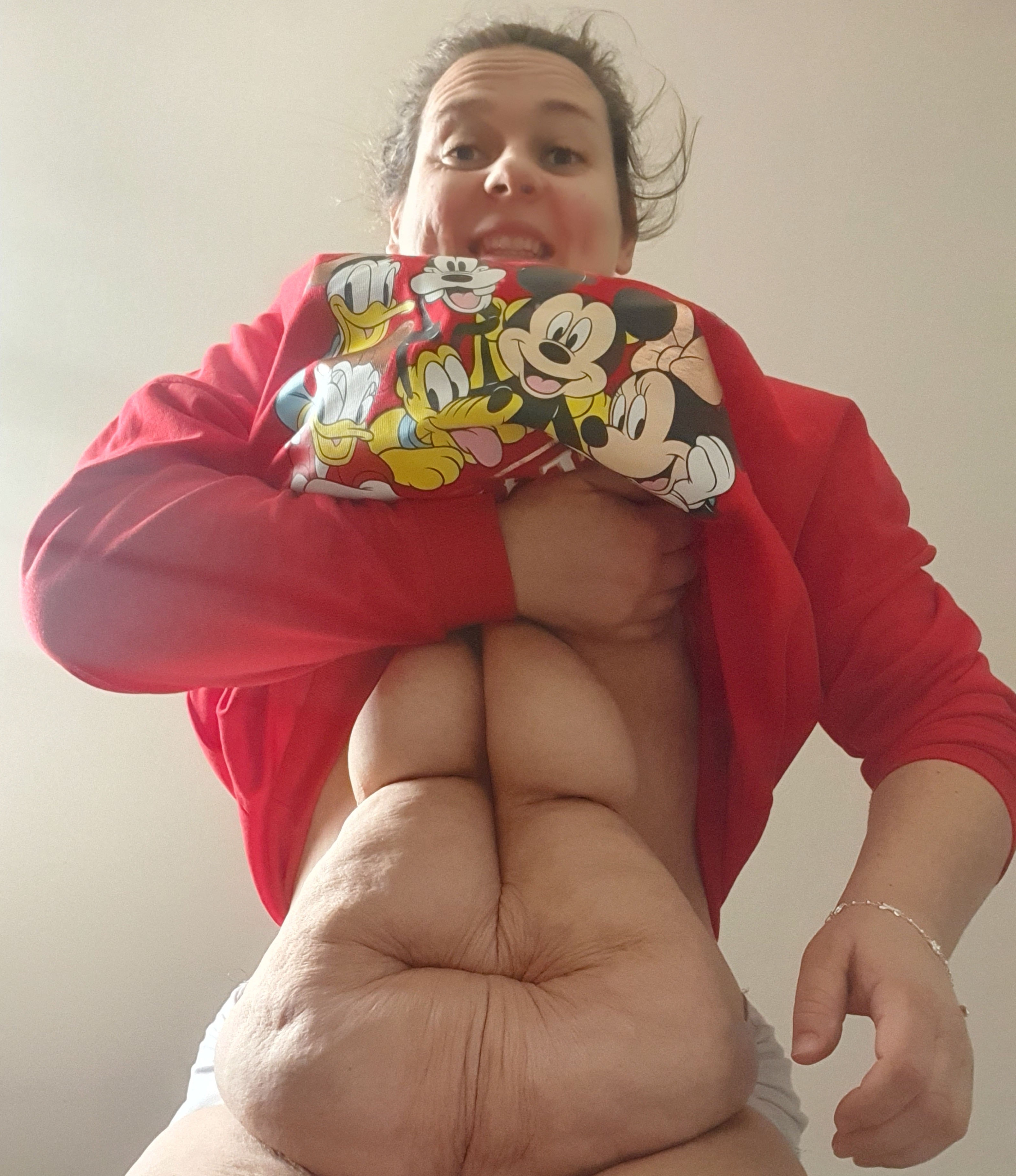 “I went through a relationship breakup at the time and that’s when most of the weight piled on.

“I would walk my daughter to school, come back home, eat a pack of donuts and sleep till afternoon.

“I was so unhealthy, I had no energy and I would just eat rubbish all day – no exercise at all.

“I had no fruit or vegetables – the only vegetable I’d had would probably just be beansprouts in a Chinese takeaway.

I was so unhealthy, I had no energy and I would just eat rubbish all day – no exercise at all

“I looked in the mirror one day and thought ‘I don’t want to be single for the rest of my life, if I can't love me for me then who else is it going to?’"

However, Hannah's turning point came when she went for a routine checkup at the doctors – and was told she urgently needed to do something about her weight.

“The doctor told me I wouldn’t make it past 35 and that scared me," she said.

“My best friend used to walk ahead of me, she wouldn’t walk next to me because she was embarrassed of how heavy I was breathing. 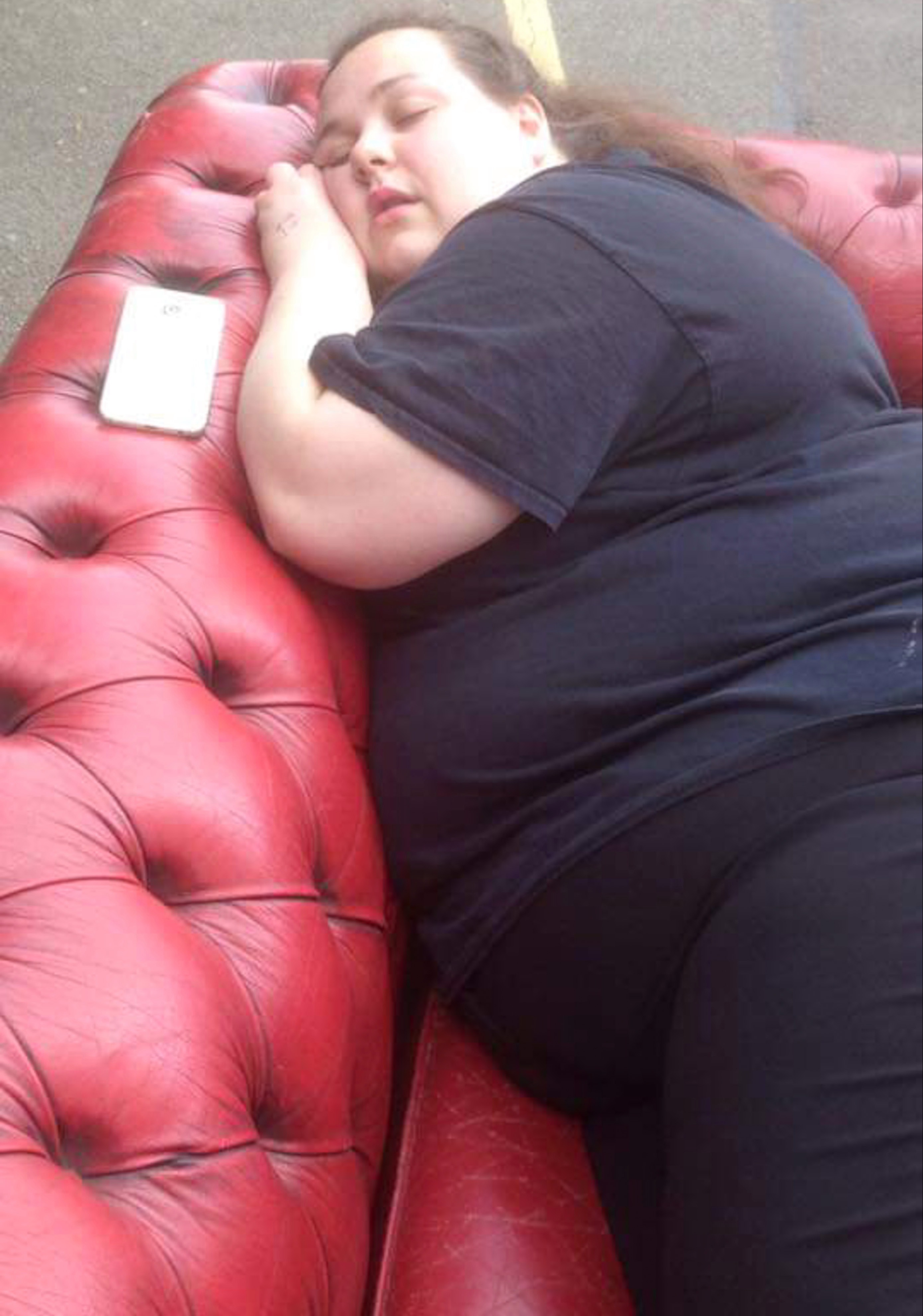 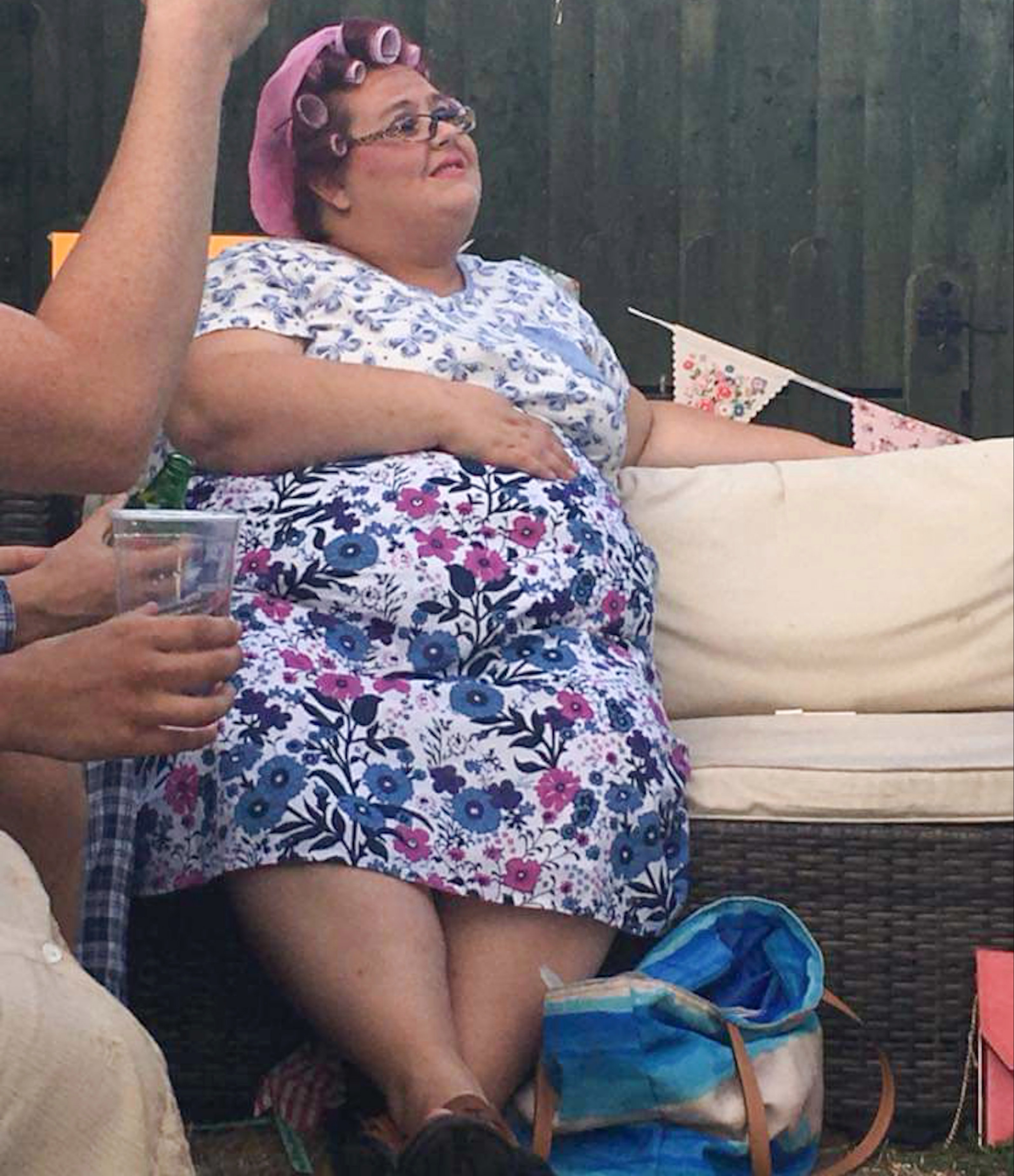 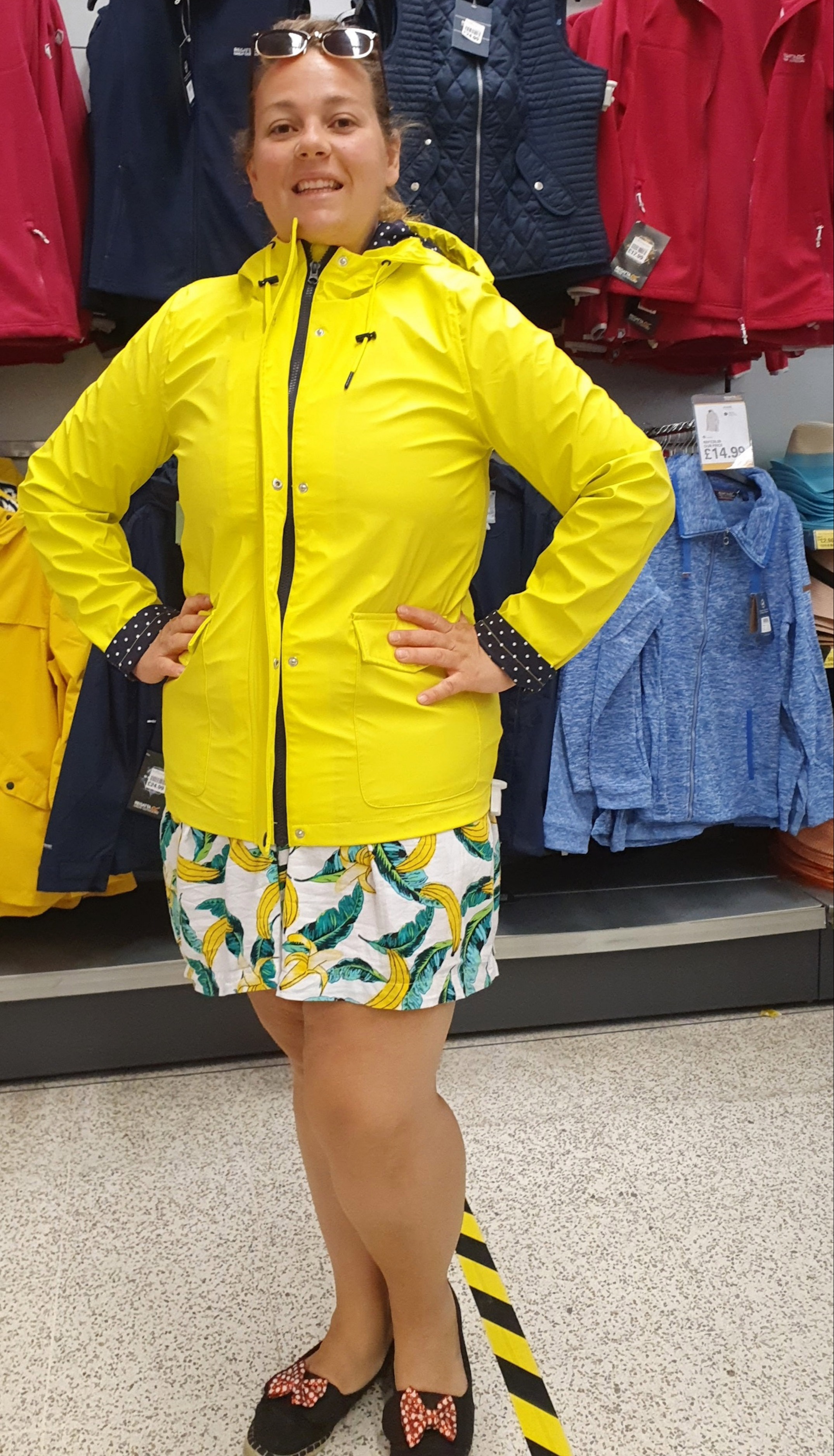 “She did that out of love and care, to make me realise I needed to lose weight.

“Everyone around me was telling me I needed to lose weight otherwise I’d die – I would tell them ‘I'd rather be fat and happy than sad and miserable’."

After the shock words from her GP, Hannah decided to ditch takeaways and signed up to Slimming World.

And as before her only exercise would be a two minute walk to take her daughter to school, she soon became active, joining Clubbercise classes and going for long walks every day.

Before she knew it, Hannah's weight plummeted to 15st 8lb.

“If you have something negative in your life, it takes over a positive, might be relationship breakup, debt, work loss, or friendship," she said. 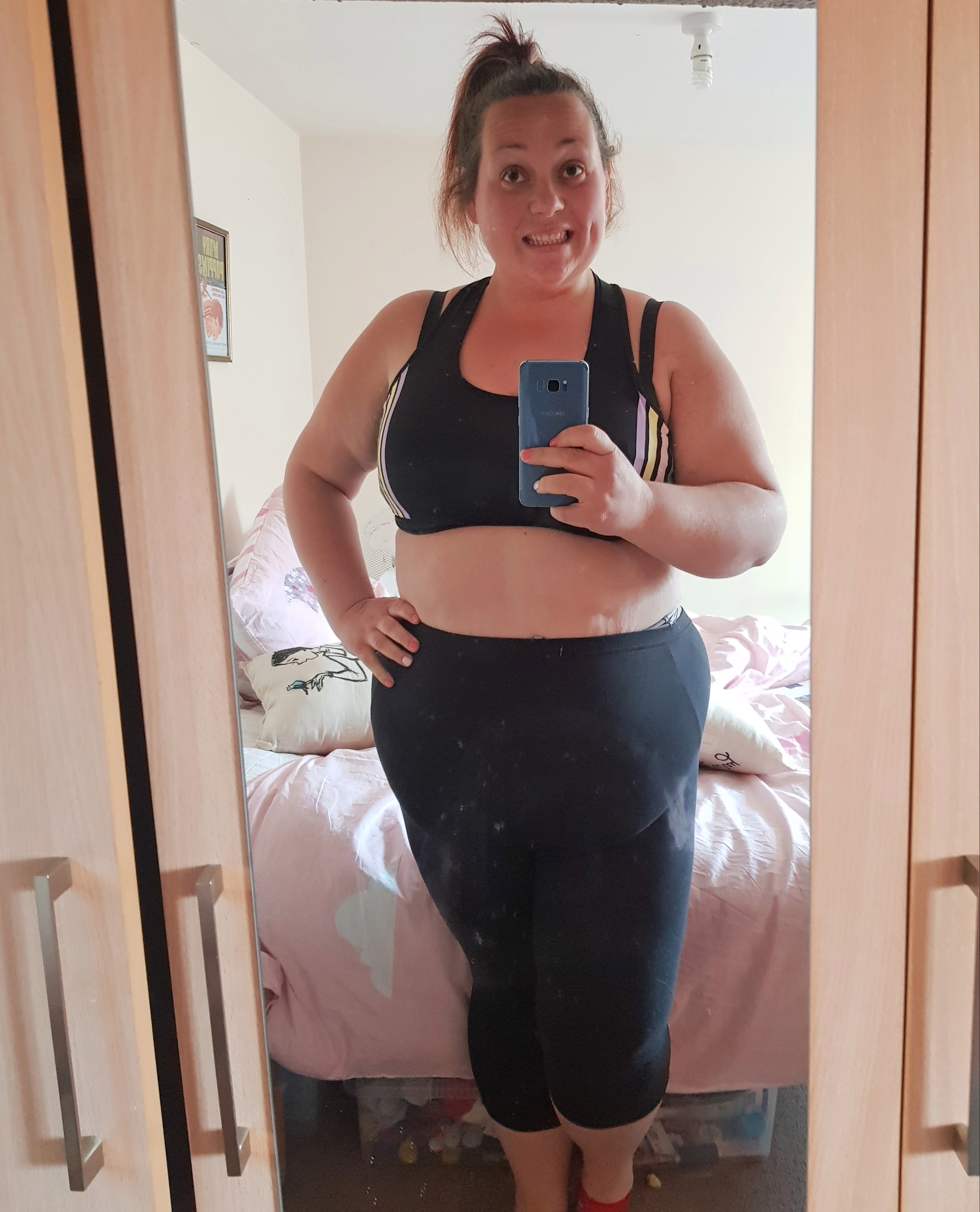 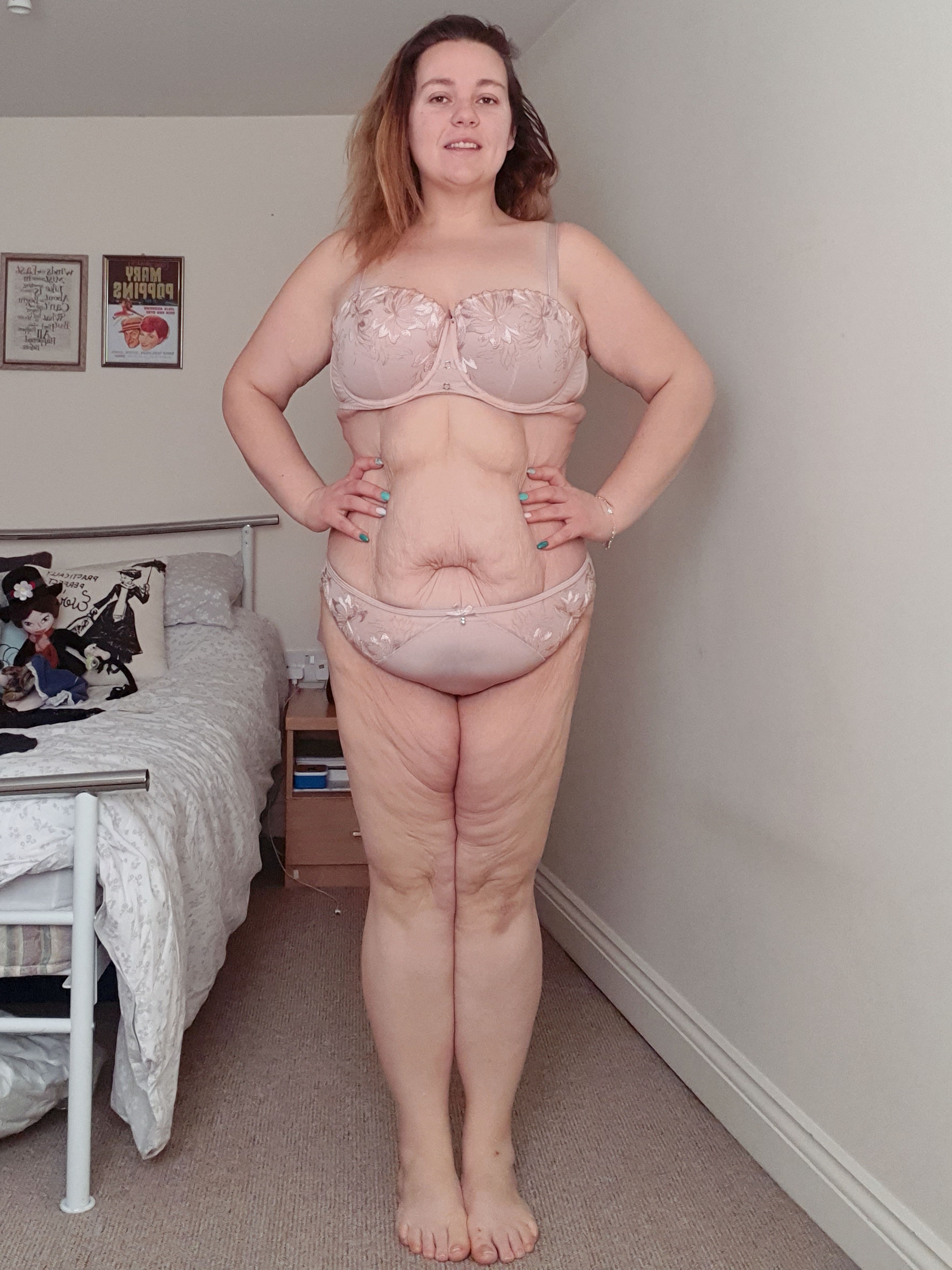 “When you have a food addiction like myself, you feed that addiction and it makes you positive for a while.

“But something clicked inside me this time, made me think I am not giving up.

“I had to think about my daughter, I didn’t want to leave her behind, I wanted to be alive and well and be able to see her succeed in life.

“It was hard at the beginning, especially because I had tried it before.

'I started to feel better'

“As I started losing weight, I started to feel better, my clothes would fit better, people started to notice, I was happier because I knew I was doing something for myself.

“I can walk for miles, I can touch my toes, I have no pain in my back or feet, I have more energy, and I don't breathe heavily anymore."

Despite this, Hannah has been left with agonising excess skin – which weighs more than a stone.

Hannah is now trying to raise £12,000 to undergo a skin removal operation.

“It doesn’t smell nice, it’s not attractive, it’s getting sore," she said. 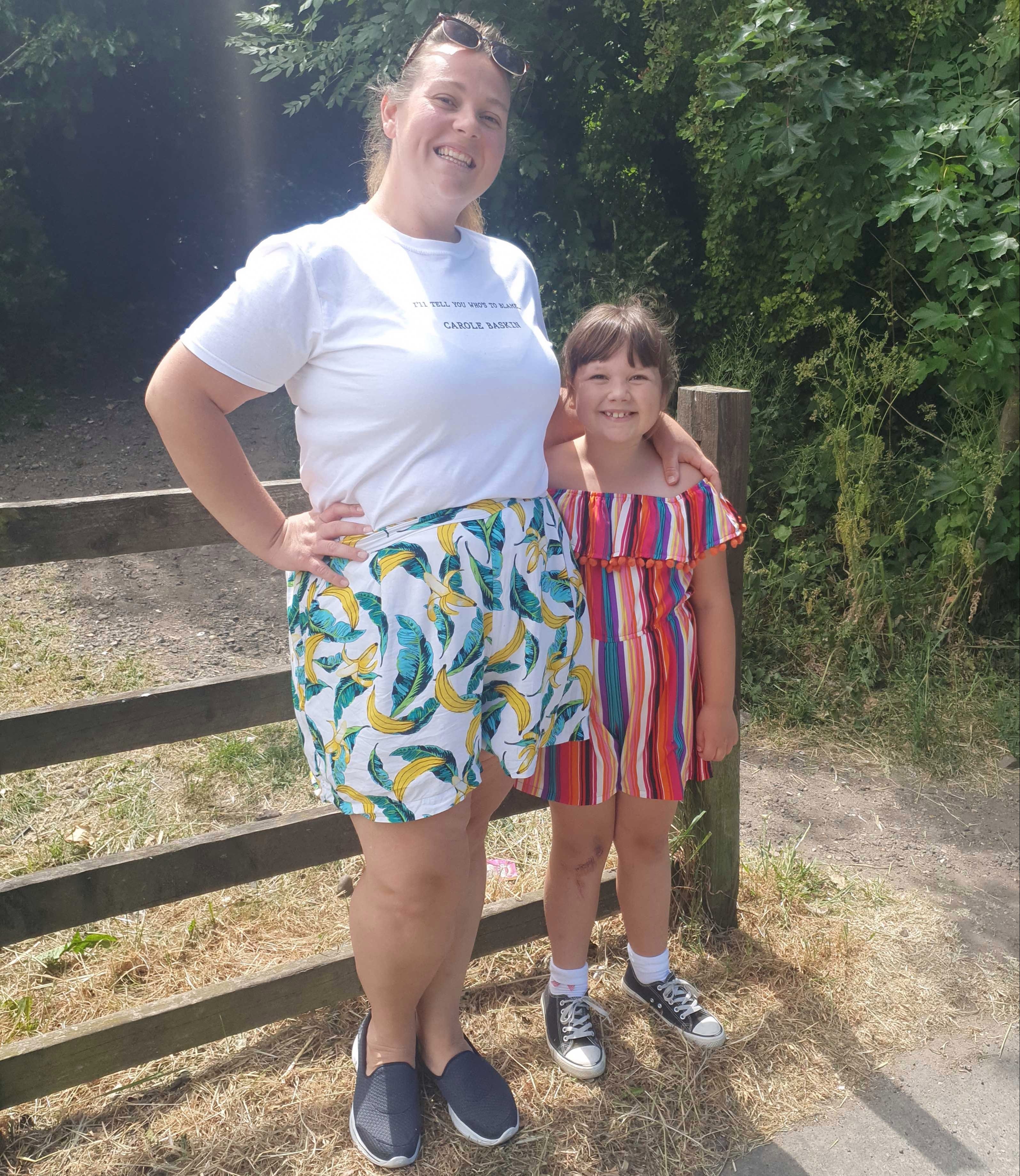 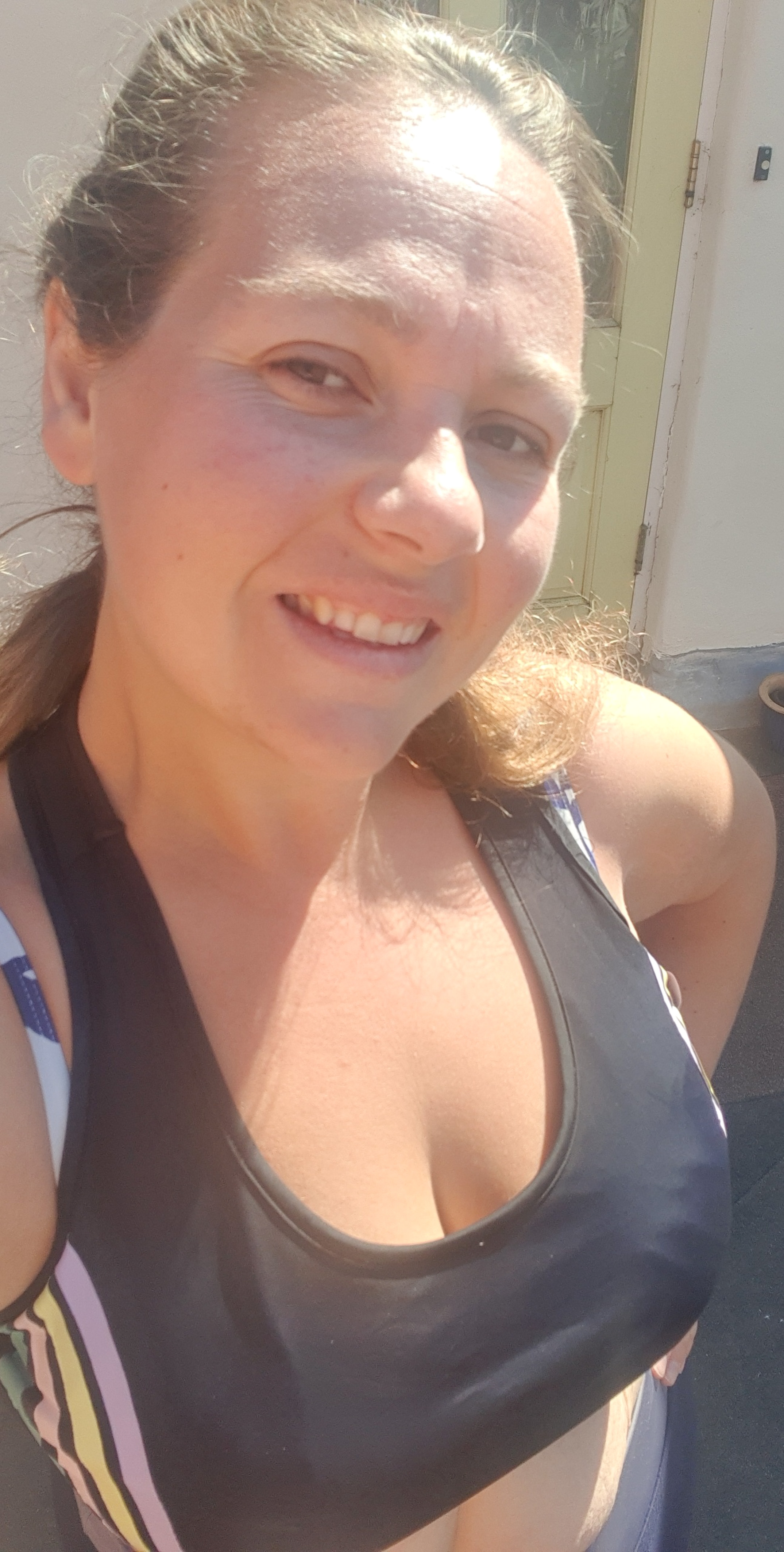 “I can’t look in the mirror anymore, it’s not nice thinking you actually want to get a knife and do it yourself because it would be quicker.

You can help Hannah raise money for her excess skin removal here.