Home » Beauty and Fashion » Jay-Z and LVMH, Two of the World’s Biggest Brands, Go Into Business

Jay-Z and LVMH, Two of the World’s Biggest Brands, Go Into Business 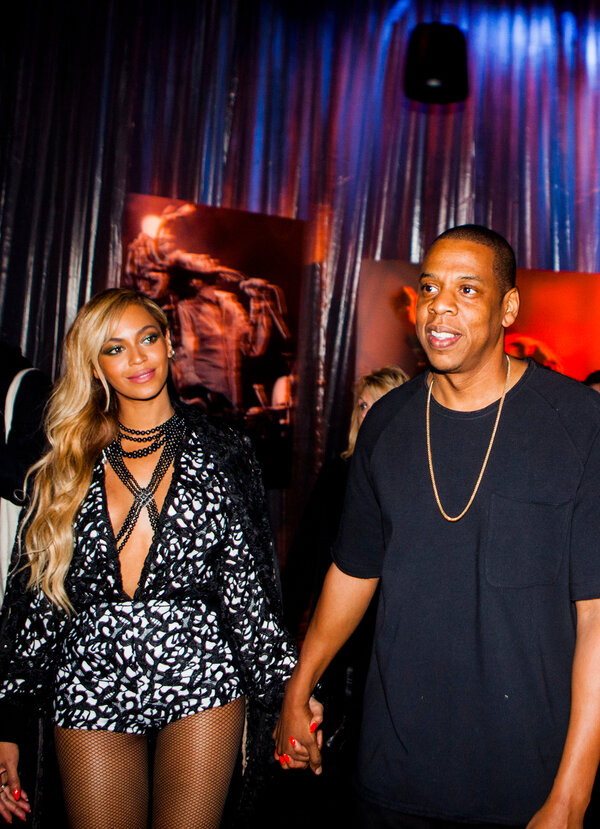 Jay-Z spoke from a partly covered terrace of his Los Angeles home, wearing a casual sweater, accessorized by the outdoor living room and greenery around him. Mr. Schaus was in his office in Paris, wearing a suit, accessorized by shelves of elaborate drinks bottles behind him.

The topic: the news that LVMH would acquire half of Armand de Brignac, Jay-Z’s bubbly brand. (Most people call it Ace of Spades, after its bottle’s branding.)

The deal gives Jay-Z the organizational support and distribution power of a global drinks “machine,” as Mr. Schaus called it, while LVMH gets the cool clout and lifestyle marketing savvy of a pace-setting Black cultural leader at a time when the luxury sector’s racism is under particular scrutiny.

Neither side would disclose the financial terms of the transaction. But if Jay-Z’s lyrics can be considered appropriate journalistic sourcing (it’s very probable they shouldn’t be), half of Armand de Brignac was valued in 2018 at $250 million. “I’m 50 percent of D’Ussé and it’s debt-free, 100 percent of Ace of Spades, worth half a B,” Jay-Z rapped on “What’s Free,” the Meek Mill track. (D’Ussé is the cognac brand that Jay-Z owns with Bacardi.)

They were, however, more than happy to talk about their new relationship.

“We were always looking to grow this brand,” said Jay-Z, “and this happened very naturally.”

Mr. Schaus, who manages a Champagne portfolio for Moët Hennessy that includes Dom Pérignon and Krug, gushed right back. “In your understanding of the world of tomorrow, we believe you created a new consumer for Champagne,” he said, beaming at Jay-Z through the computer.

It’s not the most obvious time to invest in Champagne, amid a health pandemic that has kept bottle-service dance-club partying to a minimum in a world with little to celebrate. But then, LVMH is not just buying a new drinks brand: It’s buying cultural know-how and entree into markets not traditionally served by some of its brands.

“We have to catch up somehow,” said Mr. Schaus on the Zoom call. “So this relationship will inject us with some better understanding of the market of tomorrow.”

LVMH first attempted to access “the market of tomorrow” in 2019 when it teamed up with Rihanna to create the Fenty high fashion line — which was also, as it happened, when it first met Jay-Z. (Rihanna is represented by the management arm of Roc Nation, Jay-Z’s entertainment and sports company.) Though operations of Rihanna’s line were suspended less than two weeks ago, the Champagne partnership signals a strengthening of larger ties to the greater Jay-Z universe.

The Ace of Spades deal was initially discussed in the summer of 2019, when Jay-Z hosted a lunch at his house for Bernard Arnault, LVMH’s founder and chairman, and Alexandre Arnault.

The younger Mr. Arnault is the third of Bernard Arnault’s five children. He is, at 28, an increasingly visible force at LVMH. He became chief executive of Rimowa, the LVMH-owned German luggage brand, in 2017 at only 24; was the family member who accompanied his father when President Trump cut the ribbon on a new Louis Vuitton factory in Texas; and was recently named executive vice president of product and communications at Tiffany, which LVMH acquired in a $15.8 billion deal last year.

He and Jay-Z are good friends who speak on the phone once a month or more. “I’ll send him a photo of something going on with me or he’ll send me a photo,” Jay-Z said. “It’s super natural, super chill. I view him as a person of high integrity. Always keeps his word, very punctual. These are some of the qualities I have myself.”

The investment from LVMH, which has an all-white leadership team, gives Jay-Z an increased presence in an old, elite, European industry.

“Just the idea of this partnership is a signal to a more diverse way of looking at things,” Jay-Z said of LVMH.

Jay-Z’s cultural and business connection to Champagne is longstanding. He had been a fan of Cristal, helping to elevate it to an aspirational brand among hip-hop fans. But then, in 2006, an executive with Cristal’s parent company made comments to The Economist about the rap world’s patronage: “We can’t forbid people from buying it. I’m sure Dom Pérignon or Krug would be delighted to have their business,” he said.

Jay-Z called for a boycott of Cristal and, that same year, he bought Armand de Brignac with a partner. He rebranded the product Ace of Spades, redesigned the bottles, and marketed it as a key element of the Jay-Z lifestyle, with a reveal in the “Show Me What You Got” video. He kept the brand mentions alive in 2014’s “We Made It Freestyle,” the year he purchased the remainder of the line.

Though Champagne as a business suffered during the pandemic, Jay-Z said the market has recovered from its initial sharp drop-off in revenue and shipments in 2020, and has settled at a deficit of 20 percent.

Both businessmen hope the “superluxury” sector may be first to recover, said Mr. Schaus. A bottle of Ace of Spaces can set you back between $300 to $64,999, for a 30-liter Midas bottle.

Wealthy people have been affected the least in the current climate, Mr. Schaus said, and “will go back to enjoying and showing their pride in what they are and what they have achieved.”