A woman has given birth to one of Britain’s biggest babies weighing 11lb 6oz – the same size as a bowling ball.

Emma Fearon, 34, welcomed her third child in just two and a half hours in a birthing pool using hypnobirthing techniques set up at her home in Thornton-le-moore, Cheshire. 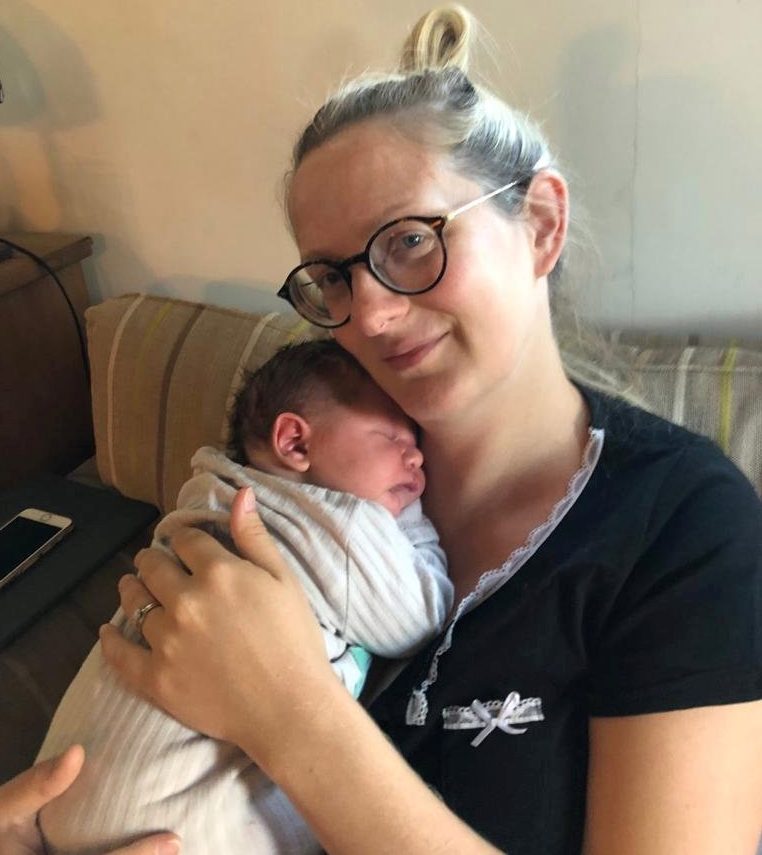 Surprisingly, Emma only had gas and air as pain relief as she gave birth to Atticus James Fearon and was left needing no stitches whatsoever.

Atticus' size wasn't exactly a shock to Emma, as her firstborn Aria, who is now three-years-old, weighed 10lb 8oz at birth, and her second child Amelia was 9lb.

Speaking about her son's birth, Emma said: "I birthed him in a pool with the midwife arriving with only half an hour to spare. 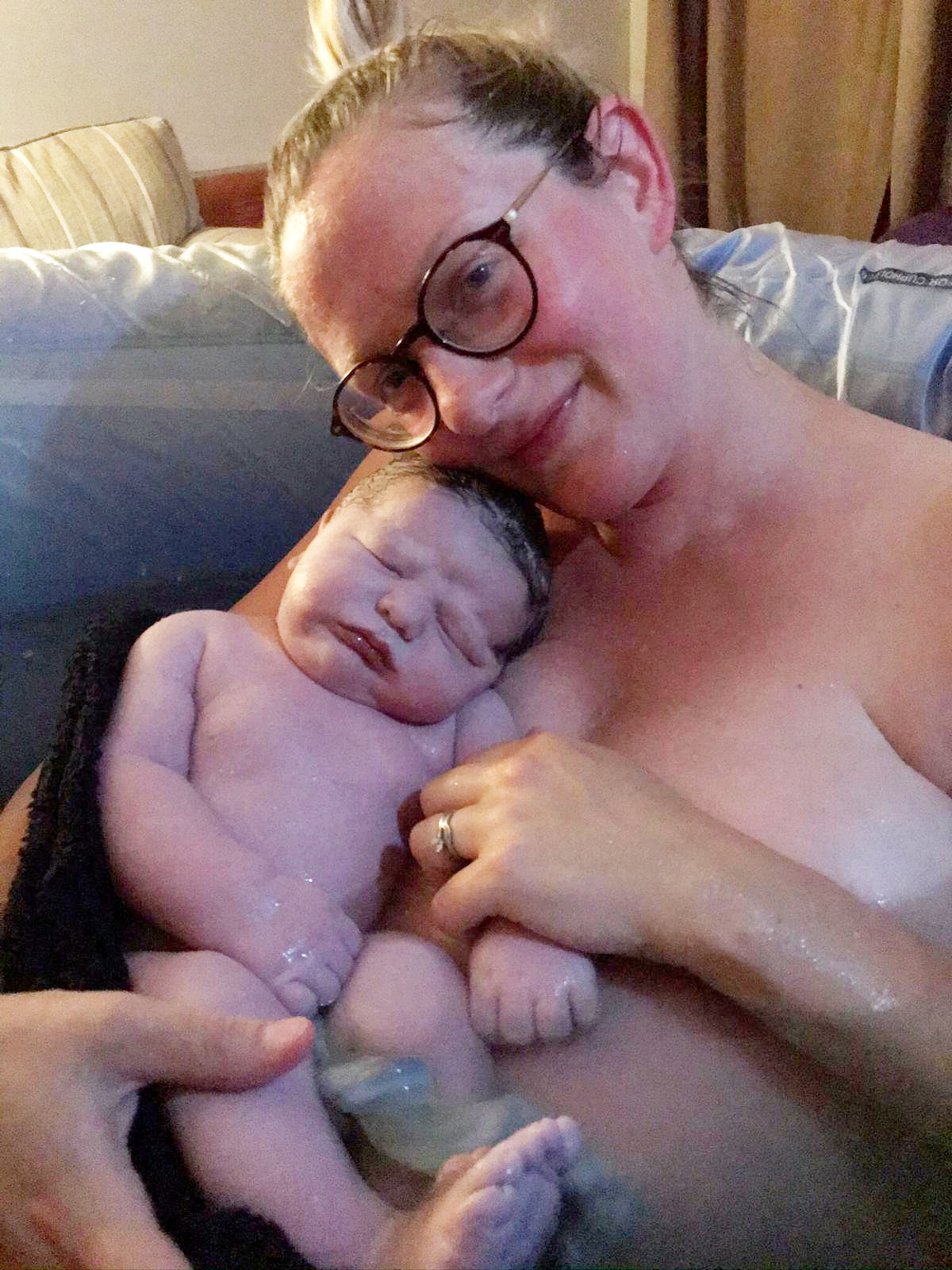 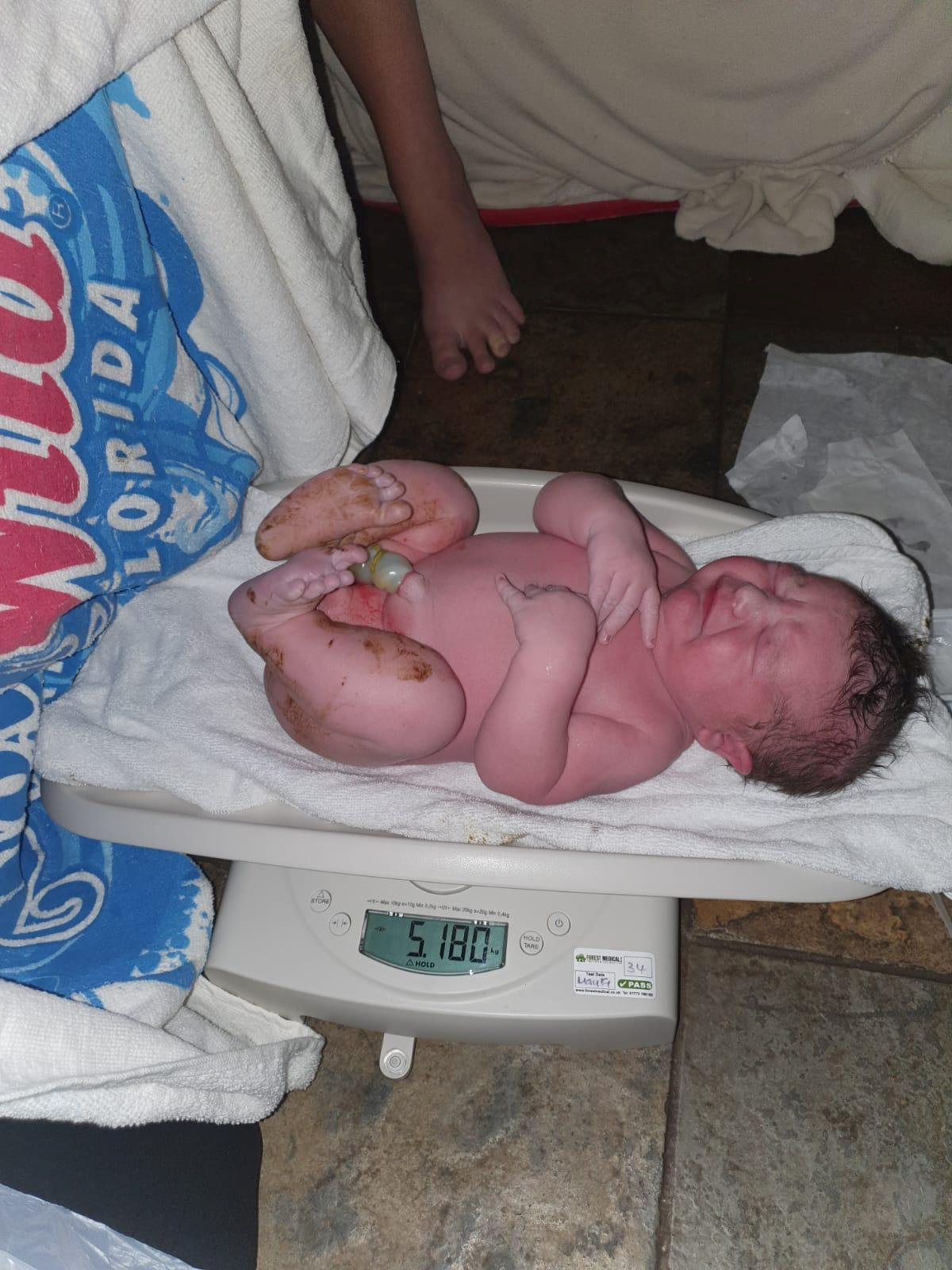 "I only had a couple of puffs of gas and air and got away with no stitches. It just goes to show what women’s bodies are capable of and a nice reassurance for those that are predicted to have big babies."

Emma continued: "I’m really pleased that I got to give birth at home as I would have had to go alone to the hospital if not with my husband staying at home with the girls.

"I had planned to have a home birth from the start and was concerned when NHS trusts started to close down the home birth service as I was so dead set on it. 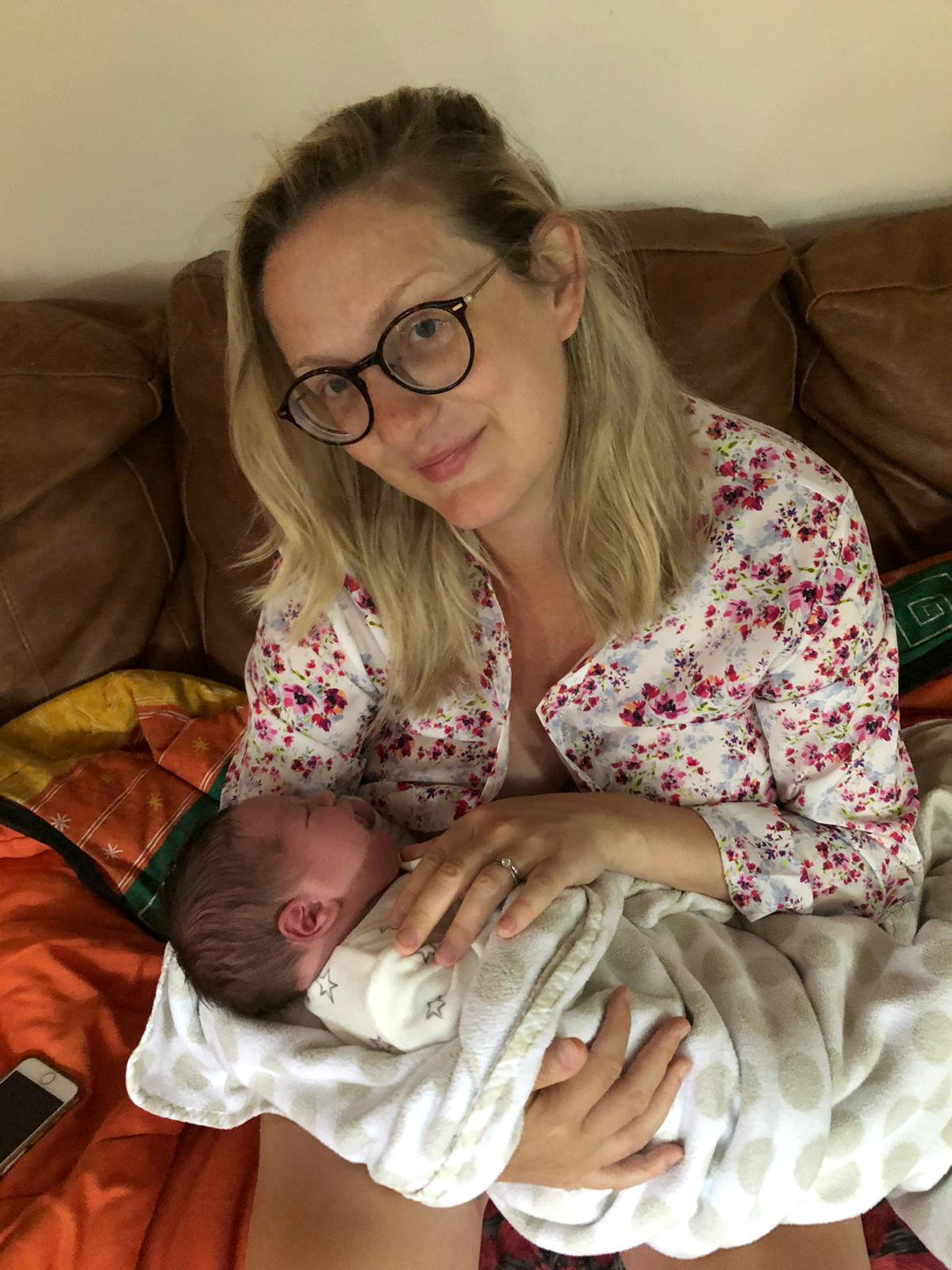 "I researched unassisted birthing and then ended up hiring two independent midwives so that I could definitely have the birth that I wanted and felt this was the safest," the mum-of-three added.

"The midwives were very supportive and weren’t concerned about his size – they both felt that your body would not produce a baby that you can’t give birth to and were very encouraging of my plans, although none of us thought he’d turn out quite so big." 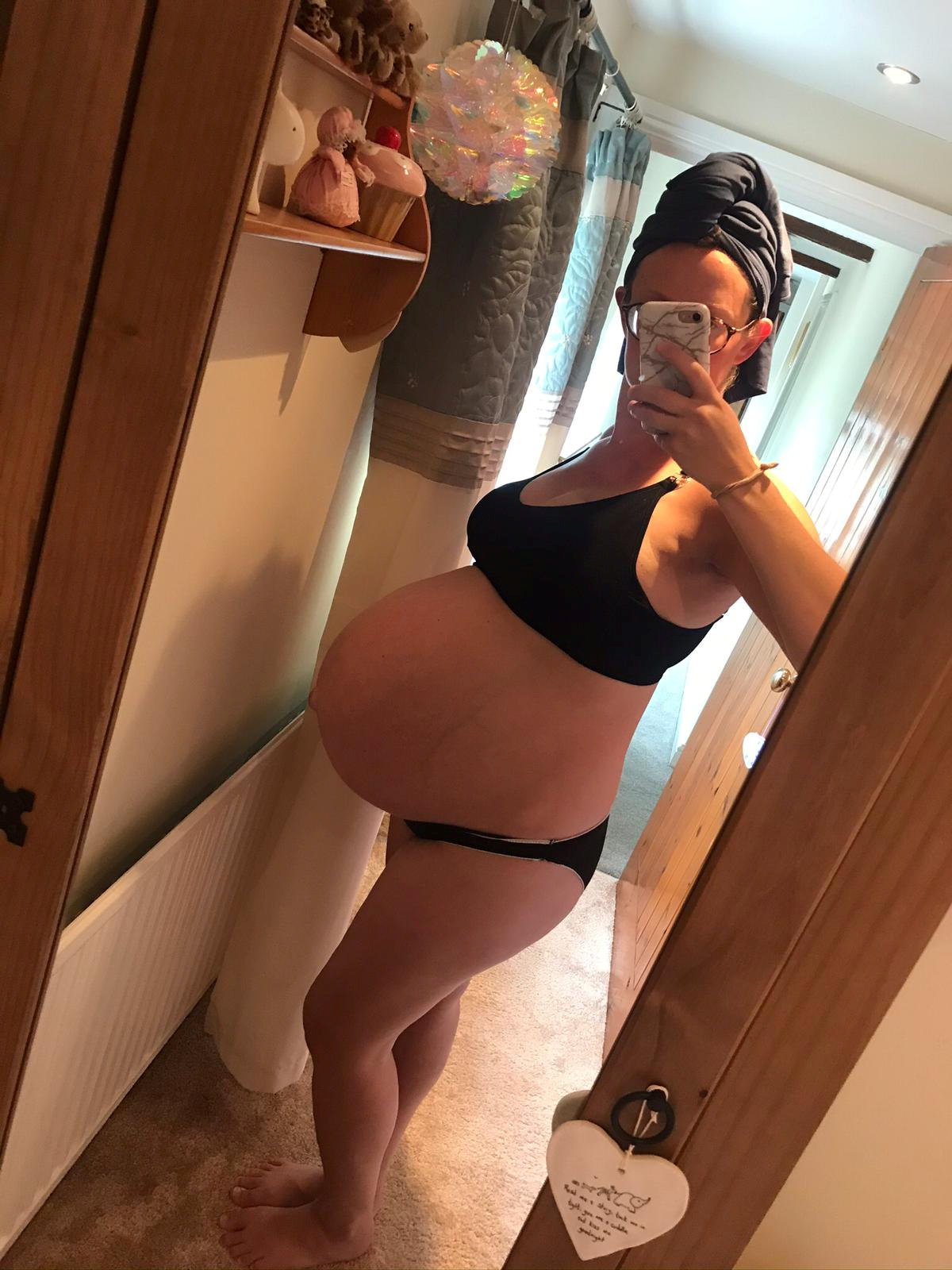 Emma's births haven't always been smooth sailing though, as her firstborn Aria was born in hospital after a long delivery that required forceps and resulted in a big tear and an episiotomy.

Her child, Amelia, was also born in hospital but without any issues, which is what swayed Emma to decide to have a home birth with a pool for her third baby.

Despite his weight, Atticus doesn’t take the record for the biggest baby in the UK as that accolade belongs to baby Anila, who weighed in at 12 pounds and 6 ounces when born in July 2019. 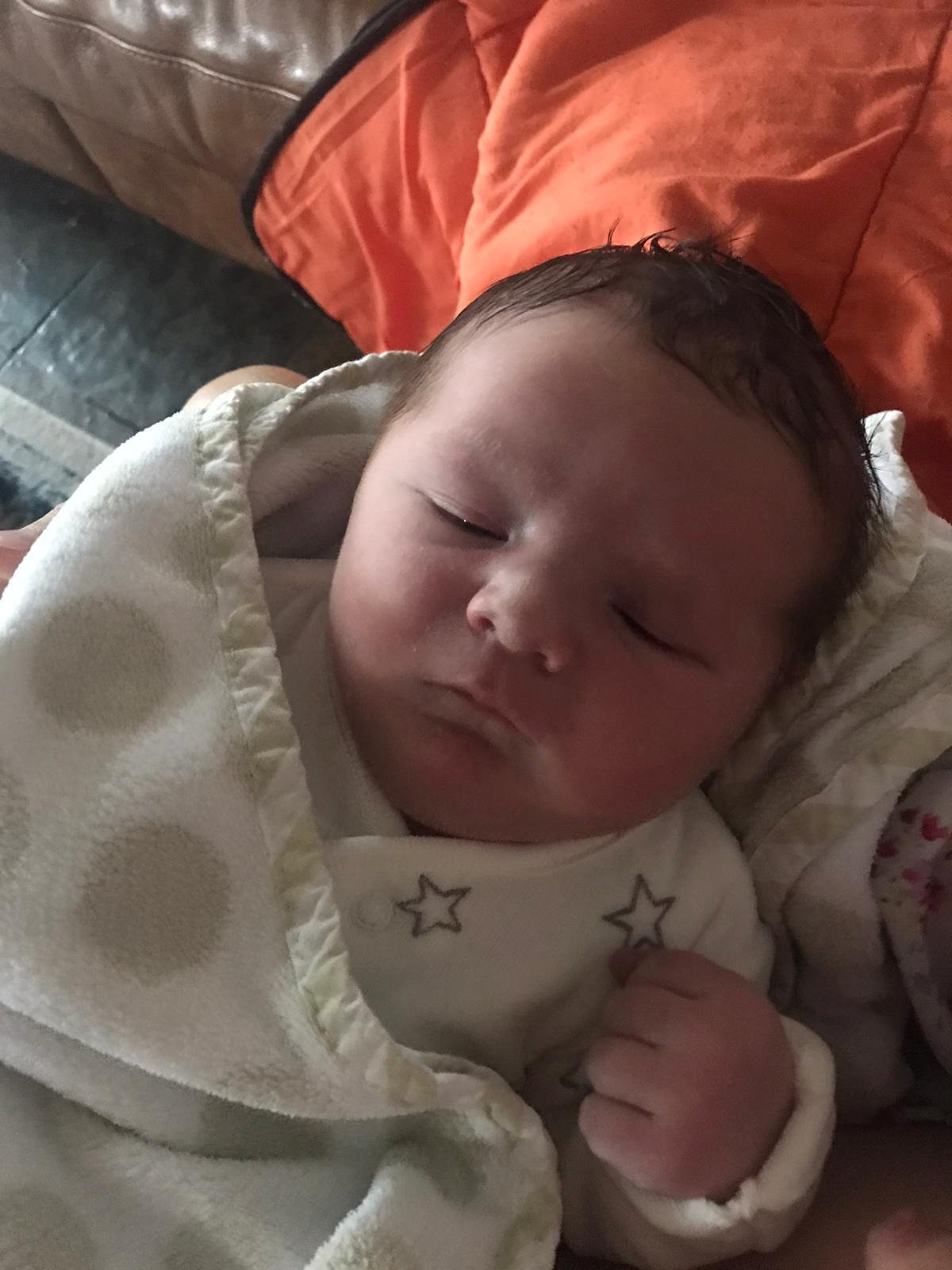 Emma is now back at home with her three children and is exclusively breastfeeding Atticus whilst still feeding his 27-month old sister Amelia at the same time.

"I am now exclusively breastfeeding Atticus which is a full-on round the clock job because of his size and maintaining his glucose levels, as well as breastfeeding his sister Amelia still," she explained.