Home » Beauty and Fashion » My son, 9, only eats turkey dinosaurs and hates the smell of food so much he sits under the table when I have dinner

My son, 9, only eats turkey dinosaurs and hates the smell of food so much he sits under the table when I have dinner

BEING picky with food is a phase most children go through – Prince William even admitted recently that his three can be a little fussy.

The Duke of Cambridge told community chef Charlie Farrally that George, six, Charlotte, five, and Louis, two, can make dinner “another ball game” if they don’t like the food. 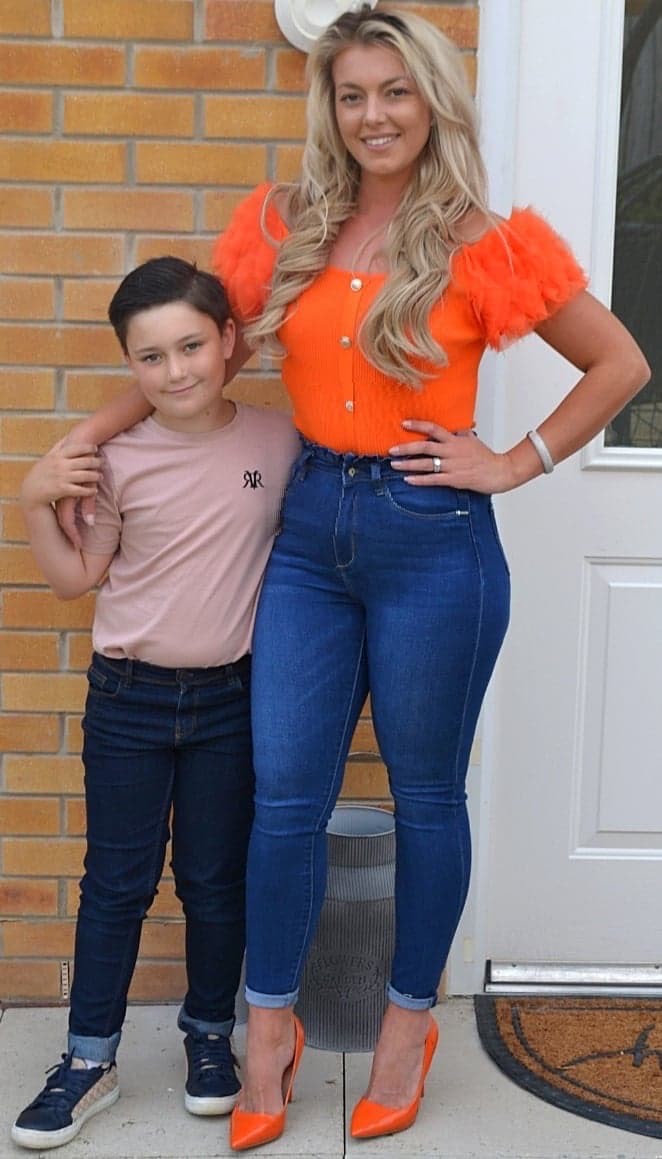 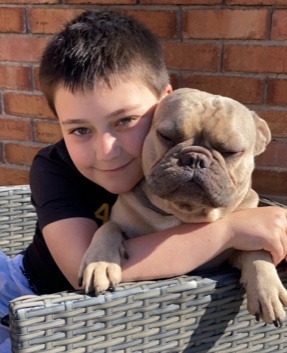 But what do you do if your child will only eat a handful of things?

Kelly says: “Riley has been this way for as long as I can remember, and although it worries me that he might never change, it’s become our normal. 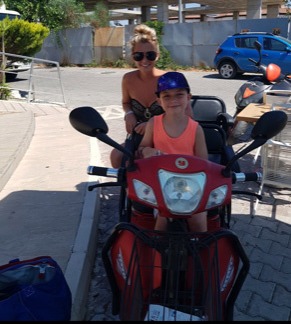 “Every day is the same — cereal without milk for breakfast or a slice of very lightly buttered toast, Hula Hoops for lunch and five dinosaur-shaped pieces of breaded turkey for tea.

"He balks at the smell of food and if I am eating my dinner, he’ll leave the room or sit under the table.

“He likes the look of food but it’s the smell he can’t stand. Some days he eats 12 bags of plain Hula Hoops.

“He has never tried pizza, pasta, beans or sauces — all things children usually love. He refused to eat toast for four months then went back to it. 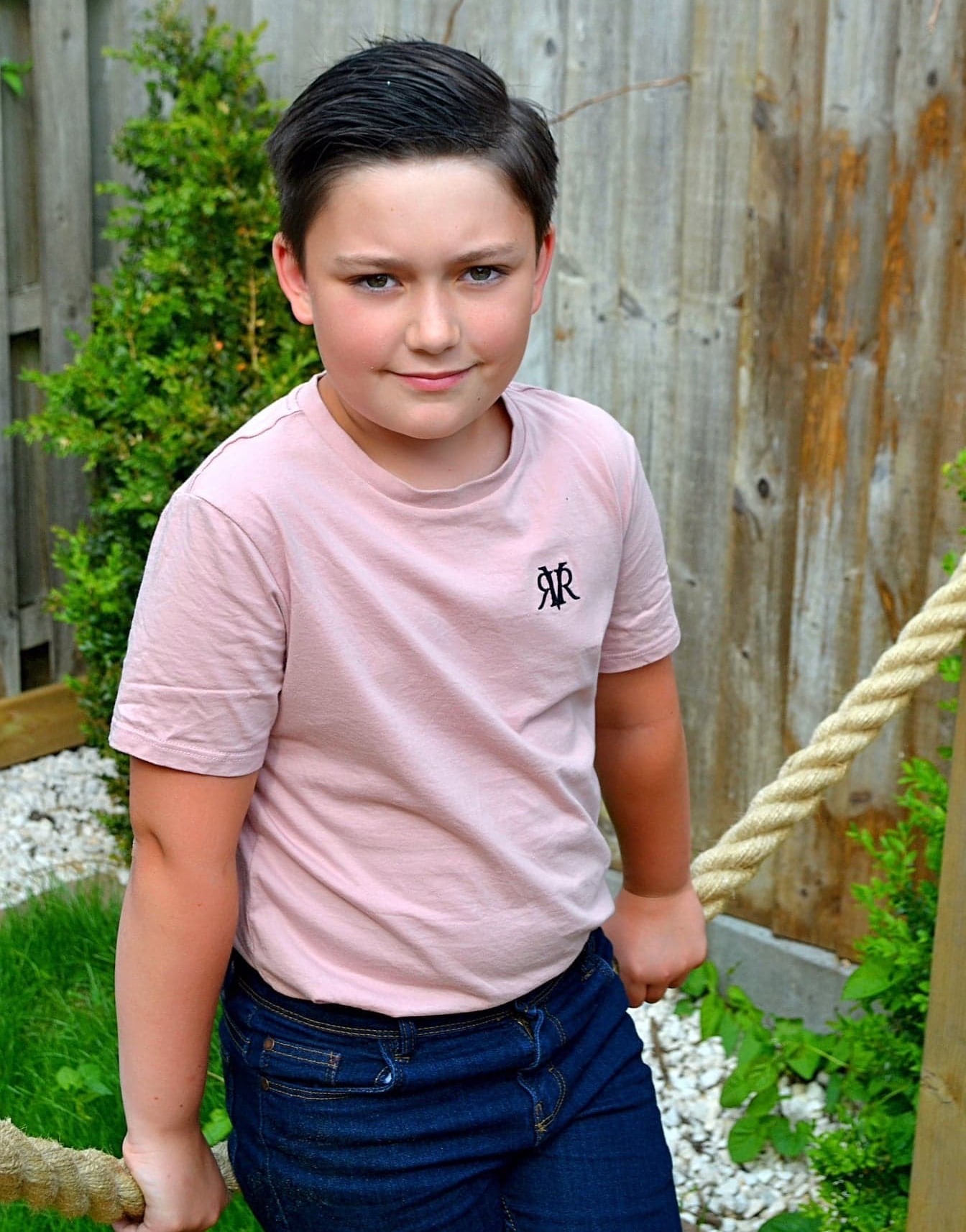 “I feel bad he doesn’t eat normally but I have tried everything to encourage him.

"I’ve suggested cooking together in the kitchen, and eating out with friends who have children his age. Even they try to persuade him to try new things but he refuses.”

Kelly says weaning Riley at six months was hard but his relationship with food went downhill after he got a stomach bug a year later.

She says: “He loved his milk as a baby and was OK with baby food, but it had to be smooth. When I introduced lumps he wasn’t keen, but I persevered. 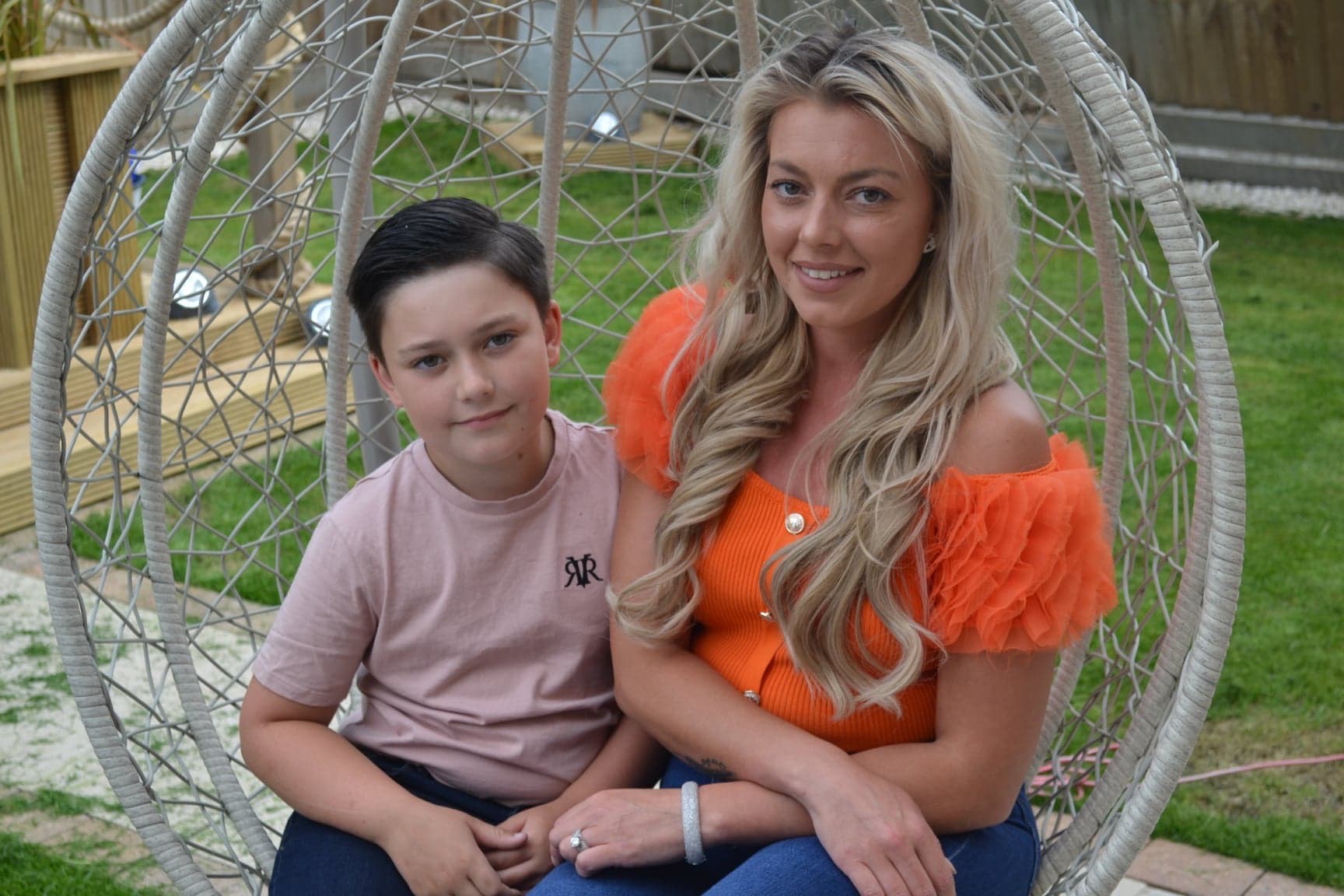 "He would eat finger sandwiches, yoghurts, and pieces of apple and crisps. But at 18 months, he was sick one day and everything suddenly changed.

The next day he started refusing everything.

“If I tried him with a yoghurt, he got hysterical. It was as if I was trying to hurt him. Friends tried ­feeding him but he still pushed food away. The stomach bug is the only thing I can put it down to.”

When Riley was two, Kelly contacted her GP, and over the years he has been seen by several dieticians — each reassuring Kelly he will eat more variety when he is ready.

Some days he eats 12 bags of plain Hula Hoops

Kelly, of Newark, Notts, says: “Because Riley isn’t underweight and has lots of energy, they aren’t worried.

“Apparently, some children eat a more restricted diet than he does which is hard to believe.

“I want him to enjoy food and feel bad he is living on junk. I don’t know what else I can do because it’s better he eats something rather than nothing.

I send him to school with a packed lunch but even then it’s only a few bags of Hula Hoops and a tub of dry cereal. 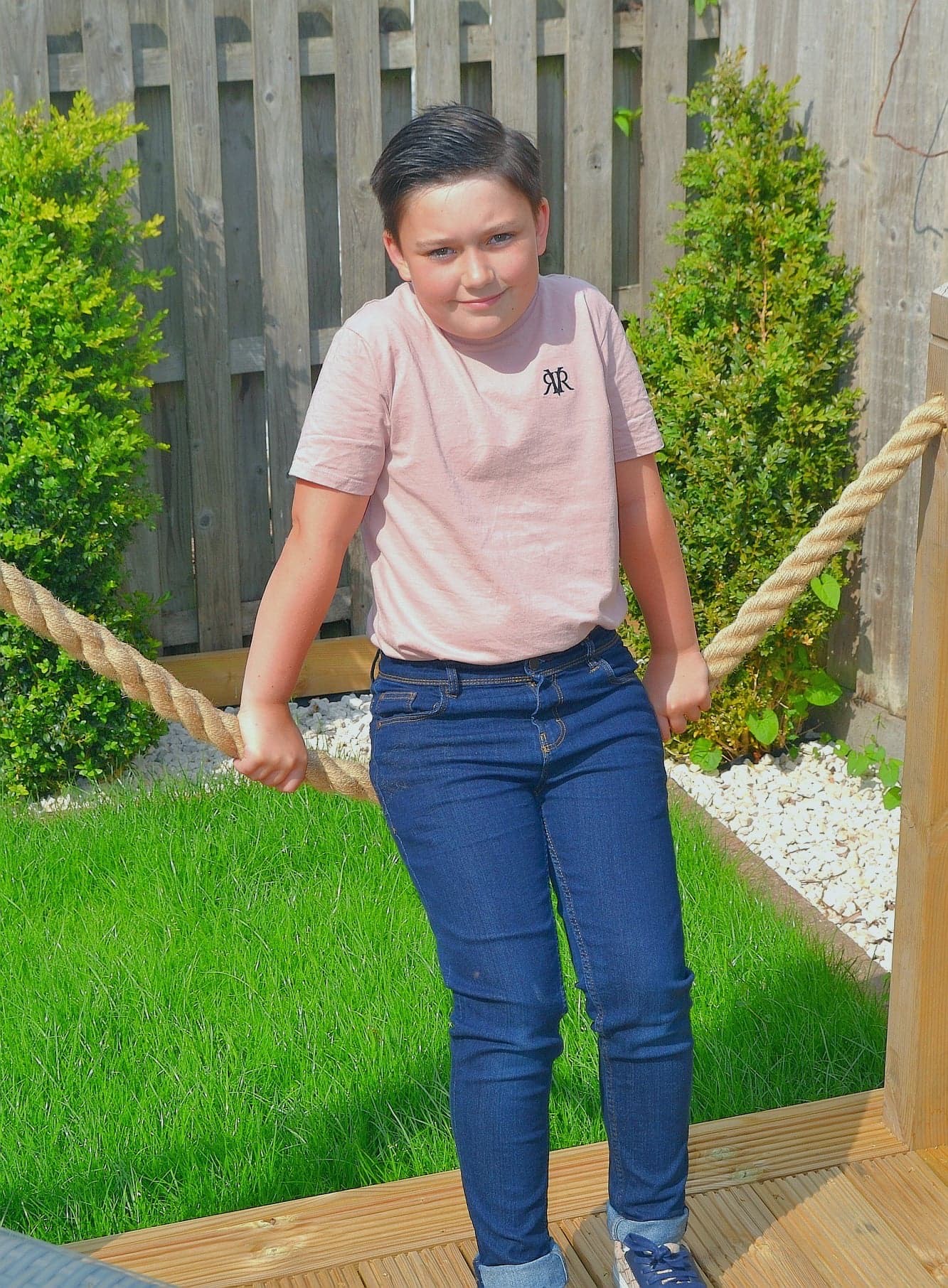 “If he goes to my mum’s house I have to make sure he’s had his tea first because he won’t let anyone else cook the dinosaurs.”

“Holidays are hard because I have to take the things I know he will eat, with me.

“A few years ago we went to Turkey and I packed a case full of Hula Hoops and cereal. Some might argue that’s giving in, but I can’t let him starve.”

At the start of lockdown, Kelly even asked friends to buy turkey dinosaurs, so she could stockpile.

She adds: “I hope as he gets older, he will change but I’m not convinced.” 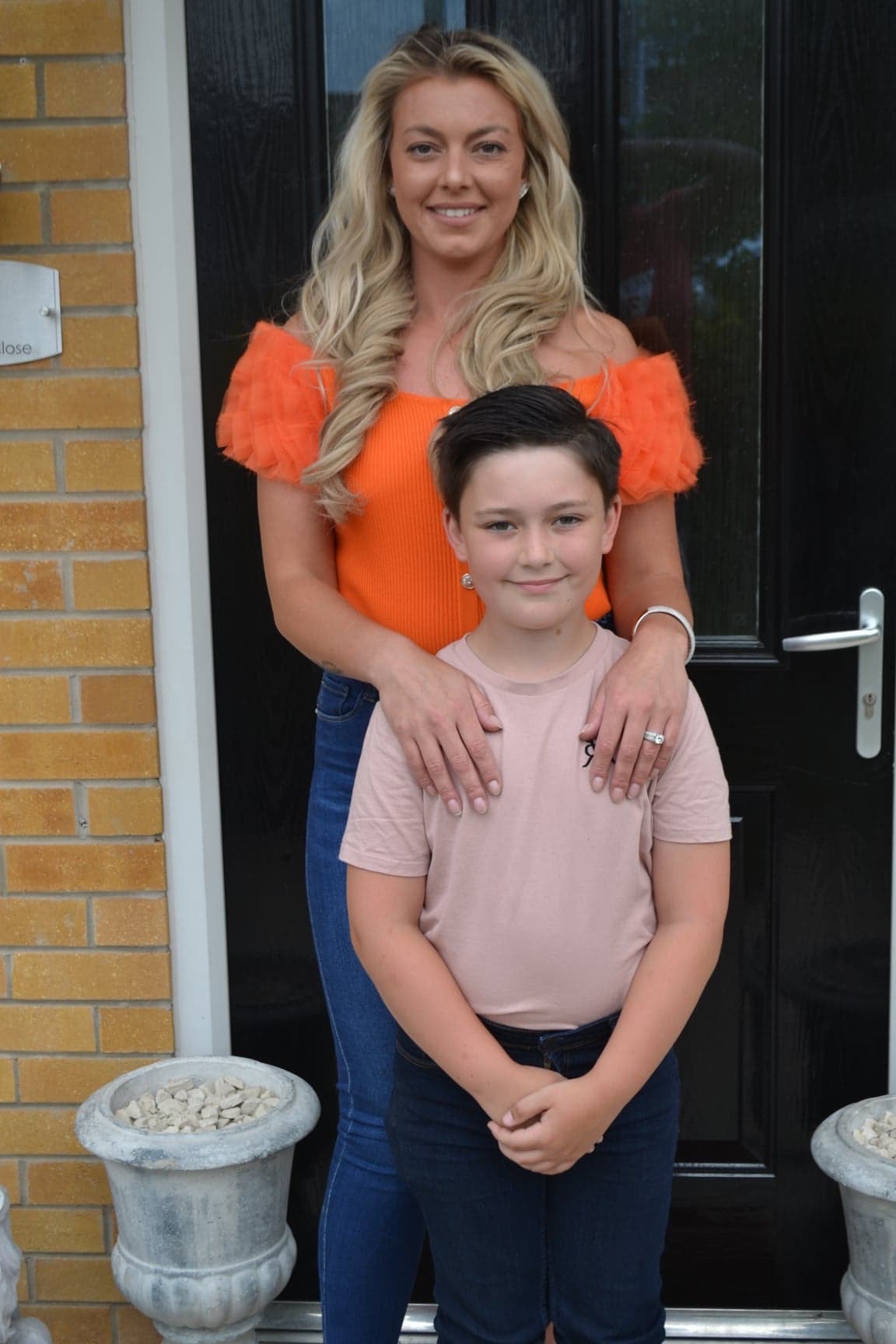 Is your child an even fussier eater?