Home » Beauty and Fashion » The Details You Must Know About the Outfits on Generation, Straight From the Costume Designer

The Details You Must Know About the Outfits on Generation, Straight From the Costume Designer 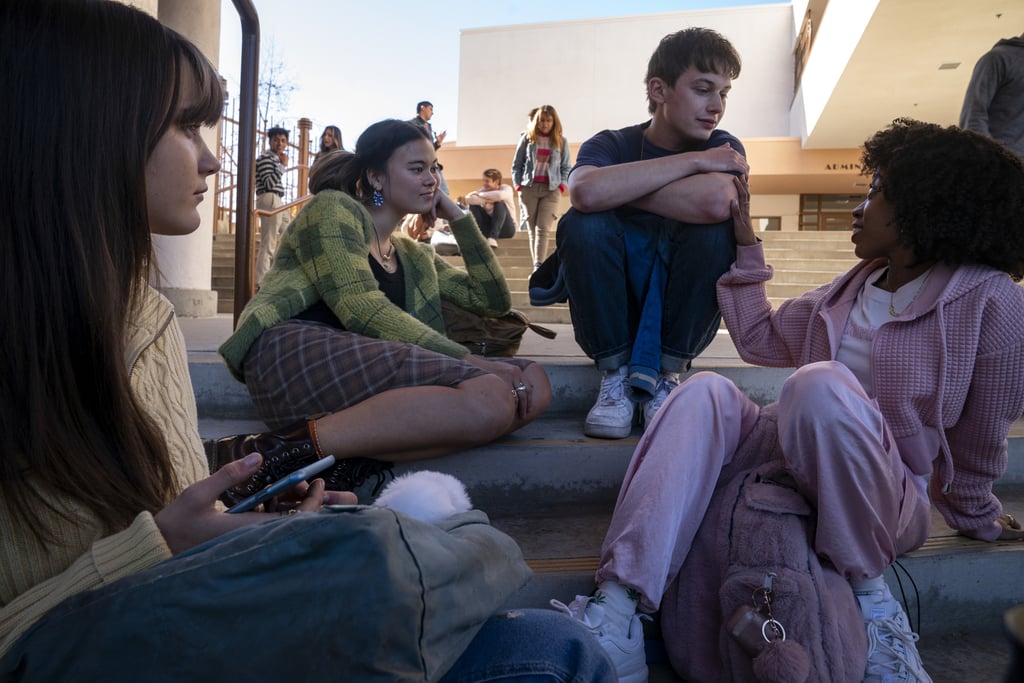 Look Out for Subtle Changes in Characters’ Style

If you thought you’ve seen all there is of HBO Max’s buzzy Gen Z show Generation, fortunately, you thought wrong! The show, created by 19-year-old Zelda Barnes and her father, David Barnes, is back for the second part of the first season on June 17 – just in time for Pride Month celebrations. In case you missed it, the dramedy follows high-school students Chester, Riley, Greta, Arianna, Delilah, and siblings Naomi and Nathan as they explore their sexuality and identities against the backdrop of social media, conservative families, and adolescent antics.

For those who’ve seen even one episode of Generation, you know the costumes are key to the show’s world and the way each character expresses themselves. Costume designer Shirley Kurata’s Gen Z wardrobes are incredibly on point and back and better than ever in the second part of the series.

Kurata told POPSUGAR that she’s used a variety of sources to put together each character’s wardrobe, sourcing mood-board material from Instagram, YouTube videos, and pop icons such as Harry Styles, Jaden Smith, and even Gwen Stefani and Chloë Sevigny for the ’90s and Y2K aesthetics. Whereas Nathan (Uly Schlesinger) is more preppy and Naomi’s (Chloe East) style is inspired by VSCO girls and Brandy Melville, Chester (Justice Smith) is more resourceful, fashion forward, risky, and gender fluid, according to Kurata. (Chester is also, admittedly, Kurata’s favorite character to dress.)

Rest assured the brands that make up Kurata’s wardrobes are just as diverse as Generation’s cast and characters. Kurata purchased pieces from LGBTQ+ designers and brands such as Official Rebrand, which is an antiwaste, gender-free brand; A Tribe Called Queer; and musician/artist Seth Bogart’s brand Wacky Wacko. She also purchased vintage clothing from LGBTQ+ vendors such as L.A.G. And Greta, portrayed by Haley Sanchez in her first major TV project, wears Latinx brands Viva La Bonita, Mija Cultura, and Hija de tu Madre.

“When I hear back from queer teenagers saying how great it is to see a show where they feel like there’s someone they can relate to or feel like represents who they are, it really means a lot to me,” Kurata said. “I feel like it’s great to be able to show diversity in TV shows and to represent marginalized groups.” Read on for a breakdown of the inspirations, influences, and brands behind the standout fashions on Generation.