There Was Nothing Trivial About Their First Date

When Dr. Gregory Kyle Fulton moved to New Orleans at the beginning of June 2013, he had “a new job, a new city, a new role in life,” he said — a clean slate. Soon, he also had a new partner in Adam Jacob Eversole.

At the time, both Dr. Fulton and Mr. Eversole were new to Louisiana. Dr. Fulton, who goes by Kyle, arrived in New Orleans to start a three-year residency in pediatrics at the Children’s Hospital of New Orleans. Mr. Eversole had moved there six months earlier, for a job with James Harman and Associates, a political consulting and communications firm. Neither of them planned to settle down in New Orleans.

“I thought I could go down there, spend a couple of years and head back,” Mr. Eversole said.

Dr. Fulton was still unpacking moving boxes when he set up the date with Mr. Eversole, who he had been connected to by a mutual friend. They arranged to meet at a pub trivia night. That activity quickly highlighted their compatibility with each other: Not only did their personalities click, but they also made a natural trivia team.

“I remember him being good at history,” said Dr. Fulton. “And I remember there was some Disney and Harry Potter trivia that I was good at.”

He also remembers feeling that he’d found someone who he “could be 100 percent myself with.” 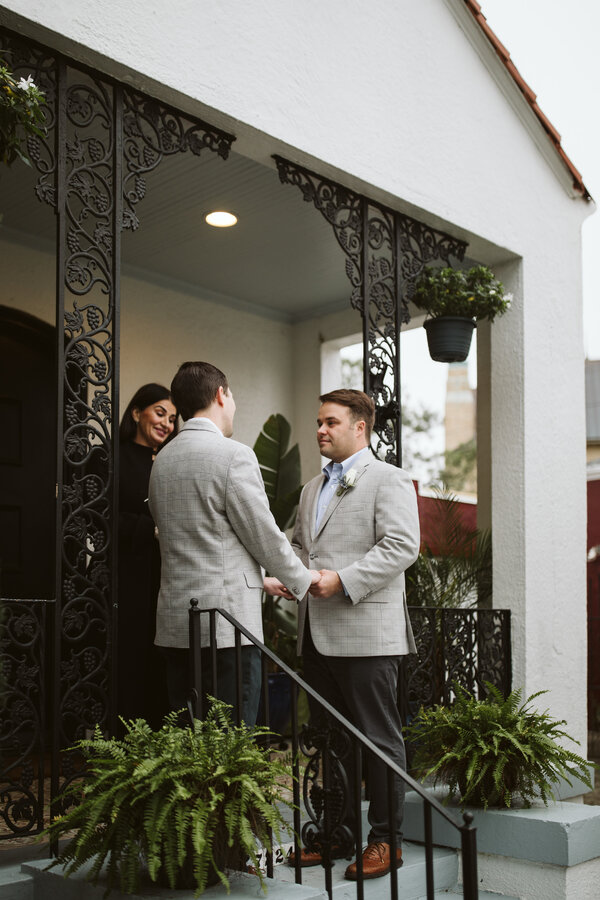 When Mr. Eversole saw Dr. Fulton’s home, he was struck by the fact that there were already pictures on the walls. Mr. Eversole had lived in New Orleans for about seven months; Dr. Fulton had been there for less than a week, but had an apartment that somehow looked more lived in.

“I had gone down in my Ford Focus with just my computer and my clothes,” Mr. Eversole said. “He had a Penske truck full of couches and dining room furniture and plates and all this stuff.”

Mr. Eversole moved in with Dr. Fulton a few months later. They explored New Orleans. They cooked. They met each other's friends.

By the time Dr. Fulton’s residency ended, he and Mr. Eversole had built a life together. They decided to stay in New Orleans.

Dr. Fulton, 33, is the medical director of the Craniofacial Center at the Children’s Hospital of New Orleans and an assistant professor of pediatrics at Louisiana State University’s Health Sciences Centers. Mr. Eversole, 32, later this month is to be the director of development and major gifts at that hospital. They were married Feb. 12 at their home in New Orleans. Ranna Zahra McSwain, a Universal Life minister, officiated in front of six of the couple’s friends (plus their four dogs).

If you would have told Mr. Eversole that six months into his time in Louisiana he would be standing in his New Orleans home, he would have found it very hard to believe. He didn’t fall in love with the city right away, and his early months there involved a lot of second-guessing about his decision to move.