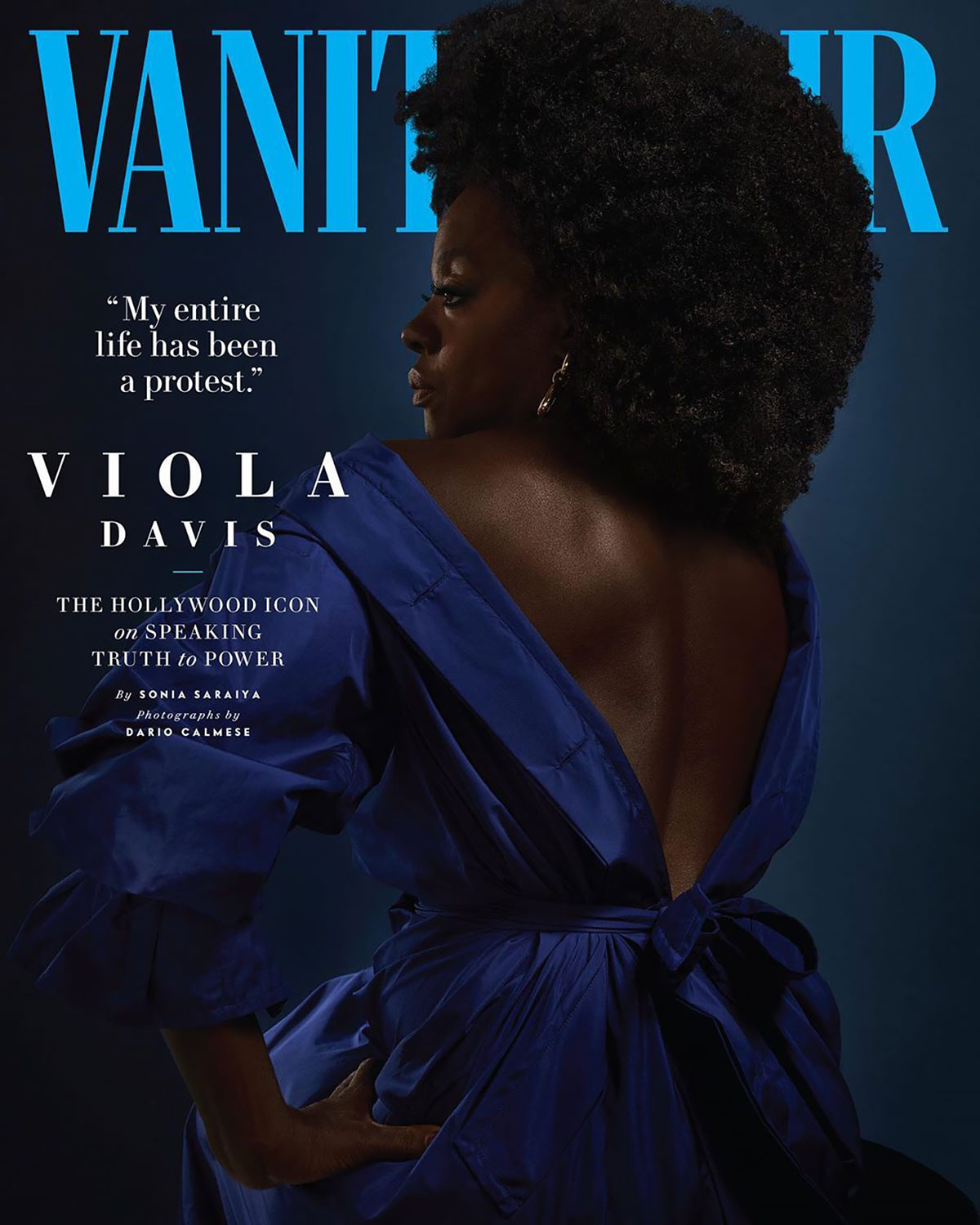 History is being made! Viola Davis’ latest Vanity Fair cover was shot by a Black photographer for the first time in the magazine’s history.

30 Black-Owned Fashion Brands You Can Support Now — and Celebs Love Them!

On Tuesday, July 14, the publication dropped it’s July/August 2020 issue featuring the Oscar-winning actress photographed by Dario Calmese. In the stunning image, Davis — in an open-back Max Mara coat dress — has her back to the camera as she looks over her left shoulder. But there’s a lot more to this cover than just your average fashion magazine style.

As Calmese describes it, the cover concept is “a recreation of the Louis Agassiz slave portraits taken in the 1800s — the back, the welts.” He continues, “This image reclaims that narrative, transmuting the white gaze on Black suffering into the Black gaze of grace, elegance and beauty.”

In the accompanying interview, the How to Get Away With Murder star specifically calls out the lack of Black representation in Vanity Fair’s history. “They’ve had a problem in the past with putting Black women on the covers,” she says. “But that’s a lot of magazines, that’s a lot of beauty campaigns. There’s a real absence of dark-skinned Black women. When you couple that with what’s going on in our culture, and how they treat Black women, you have a double whammy. You are putting us in a complete cloak of invisibility.”

And the magazine’s editor-in-chief Radhika Jones could not agree more. “Davis is right, about Black women — and men (and, for that matter, other people of color as well as LGBTQ+ subjects),” she wrote in the issue’s editor’s letter “For most of the magazine’s history, a Black artist, athlete, or politician appearing on a regular monthly issue of Vanity Fair was a rare occurrence. In our archives, excluding groups and special issues, we count 17 Black people on the cover of Vanity Fair in the 35 years between 1983 and 2017.”

However, since she took the reigns back in 2017, she’s working on adjusting this. In her couple years there, she’s featured 10 Black people on the cover such as Lena Waithe and Janelle Monáe.

Listen on Spotify to Get Tressed With Us to get the details of every hair love affair in Hollywood, from the hits and misses on the red carpet to your favorite celebrities’ street style ‘dos (and don’ts!)