Home » Beauty and Fashion » Woman, 19, finally learns to use cutlery after eating nothing but chicken nuggets and chips for 15 years

Woman, 19, finally learns to use cutlery after eating nothing but chicken nuggets and chips for 15 years

A YOUNG woman has finally learned to use cutlery after surviving off chicken nuggets and chips for the last 15 years.

Rebecca Giddins, who has only just started using a knife and fork at the age of 19, has lived off the meal since she was four years old. 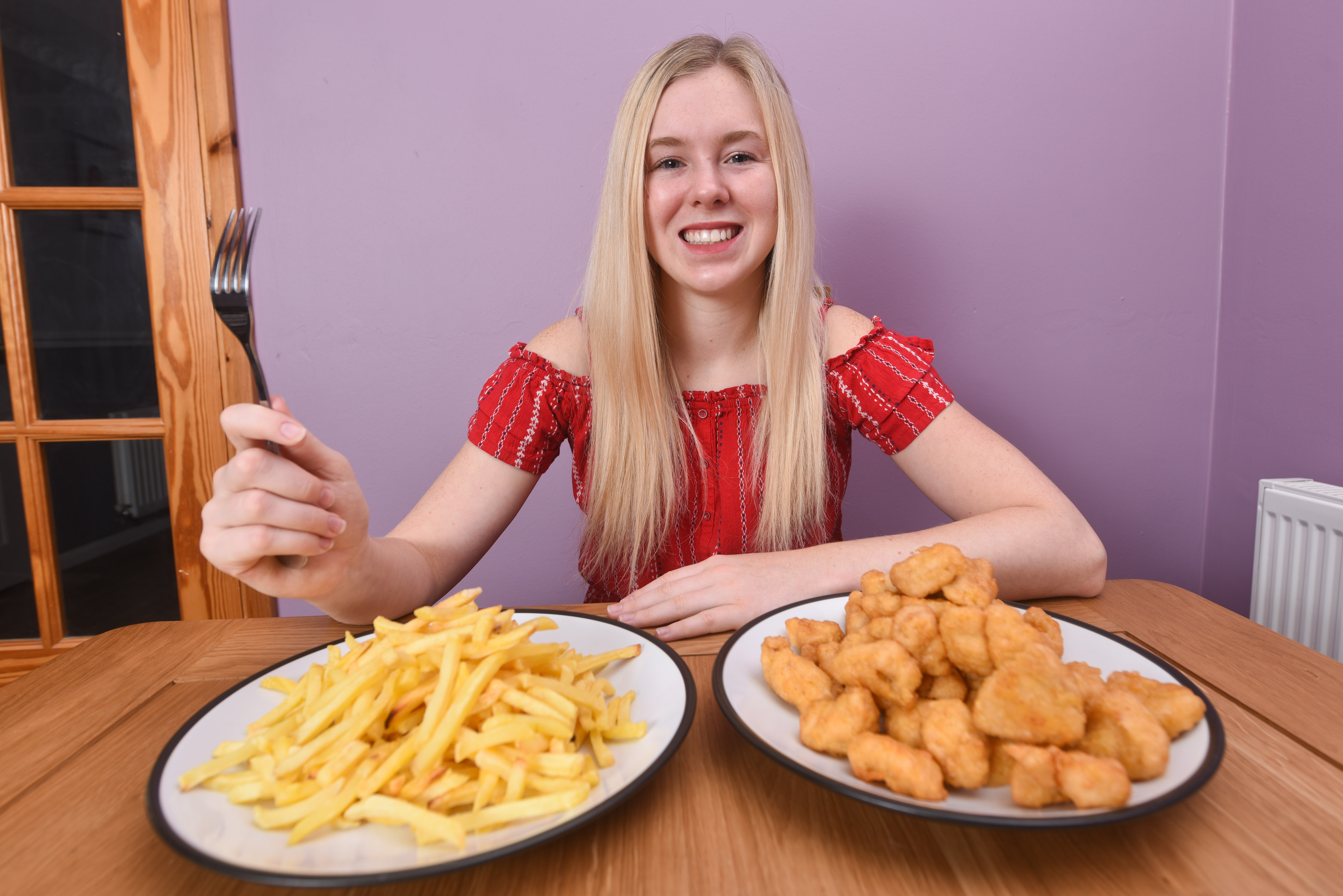 Her favourites are Birds Eye nuggets and, in 15 years, has scoffed more than 87,000 of them.

Rebecca said: "For as long as I can remember, I have gagged at the sight of other food – I couldn't even pick it up or pass it to people."

When Rebecca, of Kettering, Northants., was a toddler, she lived off Milky Ways, yoghurt and cake before she became hooked on nuggets.

But now the gymnastic coach has eaten fruit and veg, sausage and even cheese, for the first time – after seeing a hypnotist. 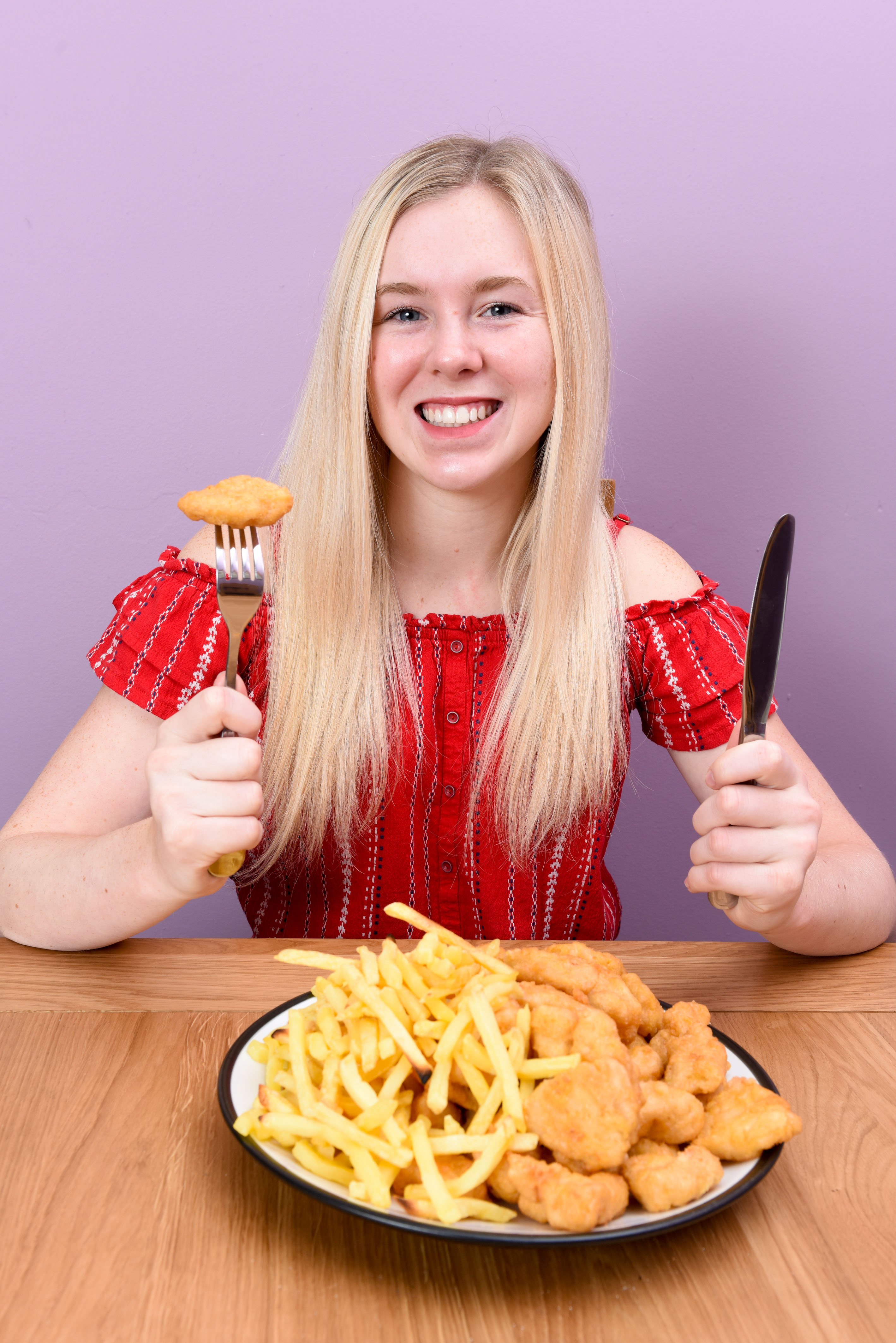 She added: "I was sceptical about hypnosis but so far, it seems to have helped. Since going to my first session last Monday, I have been able to try at least two new foods every day and my goal is to be able to eat a roast dinner.

"The gagging has totally stopped since going which was one of the main reasons I was unable to eat food in the first place.

"It has affected me my whole life; I never went out for meals with my friends and a lot of people don't understand why I can't eat normal food.

"I physically can't pick it up and put it in my mouth without gagging so I just stuck with finger food and chicken nuggets and chips. 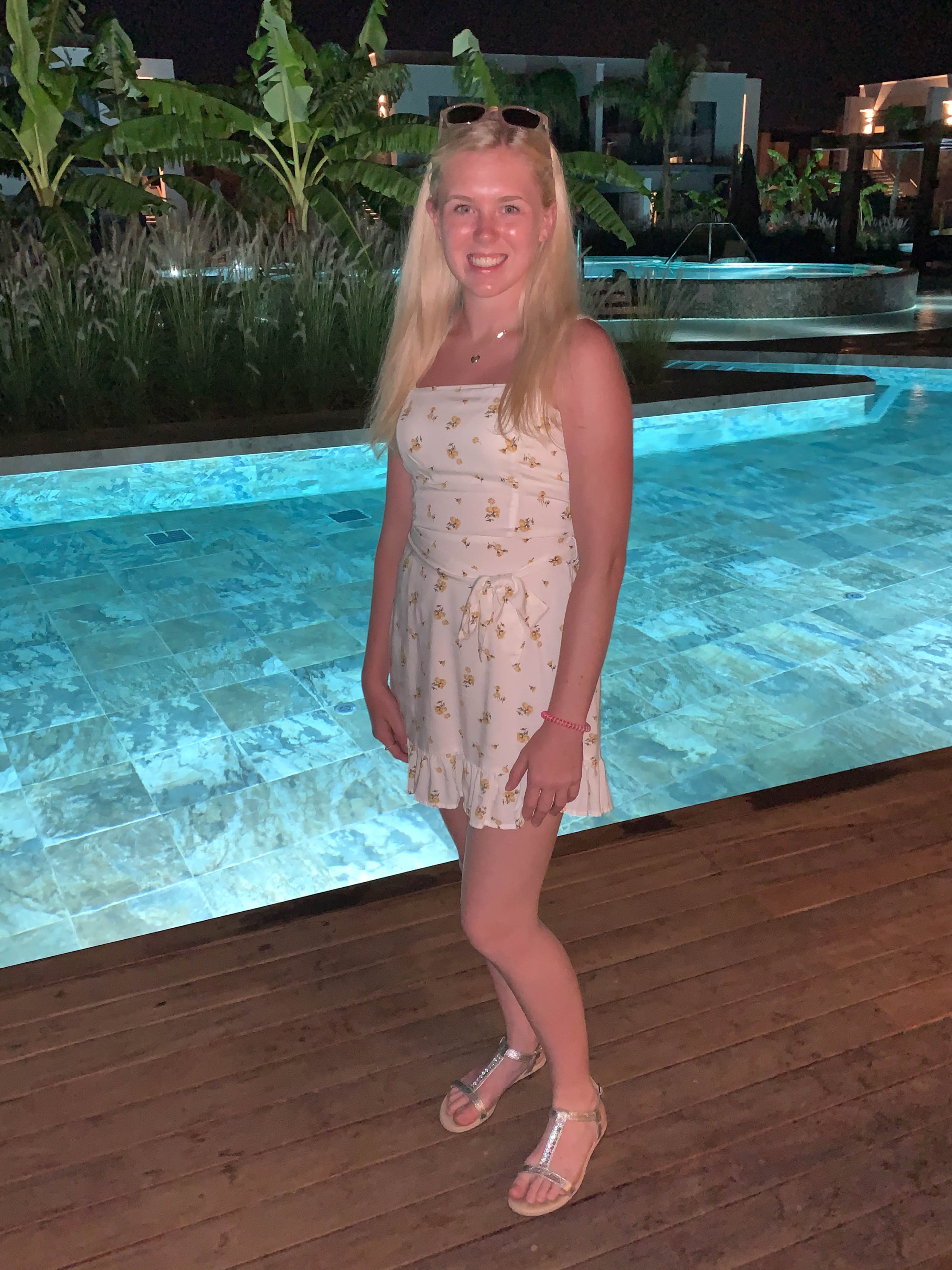 "My parents would try and feed me other food but I would get extremely upset and refused to eat."

Rebecca's mum Cheryl, 55, has been trying to encourage her daughter to try new foods her whole life but to no avail.

She said: "It has been very difficult over the years; she's always the one that can't eat at any event.

"If she went to a friend's house, we would have to pack her her own dinner or ask that they make her chicken nuggets and chips.

"She couldn't go to a restaurant and if she did, she would only ever eat off the kid's menu. 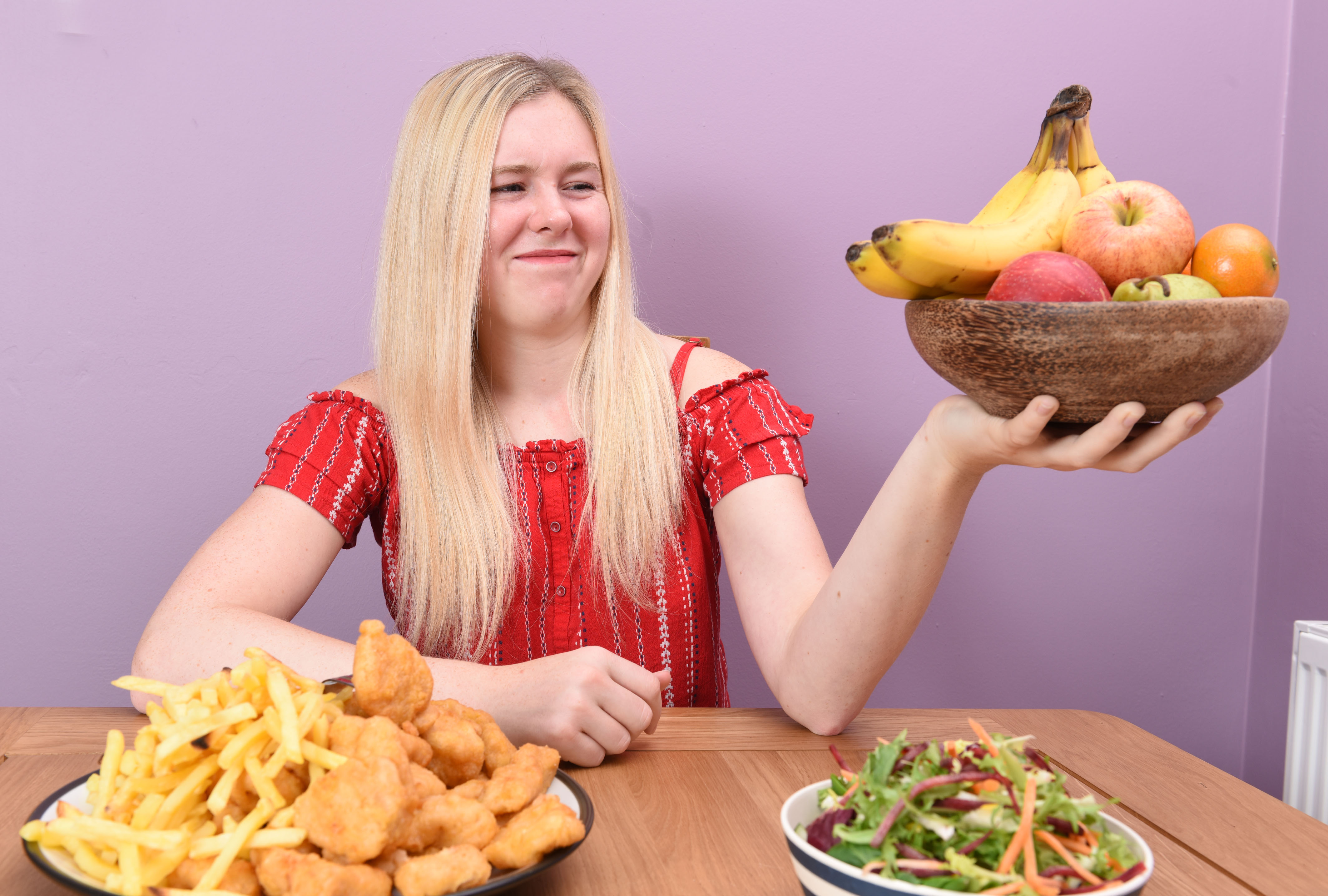 "When she was younger, we really did try but she just wouldn't eat it. If we tried to force her, she simply wouldn't eat for hours and there was nothing we could do to make her.

"We now need to train her brain and mouth for all the different textures and tastes she's going to come across; it can take you eating something 20 times before you like the taste."

The family has praised the work of hypnotherapist Felix Economakis.

Cheryl added: "I thought she would grow out of it but people don't understand how intense the situation is.

"If I tried to feed her the same food we were eating, she would refuse to eat for hours and we didn't want her to starve so we ended up giving in and that's how it all came about.

"She would happily not eat for days if we didn't give her what she wanted as she couldn't physically pick the food up; if I asked her to pass me an apple or a bag of potatoes she couldn't do it.

"This has been a long time coming and I hope that she will eventually be able to eat the same kind of food as us."

In other food news, this mum worries that her daughter might starve because she can only eat KFC popcorn chicken.

And this nine-year-old eats nothing but turkey dinosaurs and hates the smell of other foods.

Plus this mum only eats chicken nuggets and crisps due to an eating disorder.