Home » Beauty and Fashion » Women be warned: DON’T put ice lollies in your vaginas to cool down this hot Saturday – The Sun

Women be warned: DON’T put ice lollies in your vaginas to cool down this hot Saturday – The Sun

AS Britain had the hottest day of the year yesterday, many people are desperately looking for ways to cool down.

Most of us resort to sitting in front of a fan, seeking refuge in air-conditioned buildings or having a cold shower. 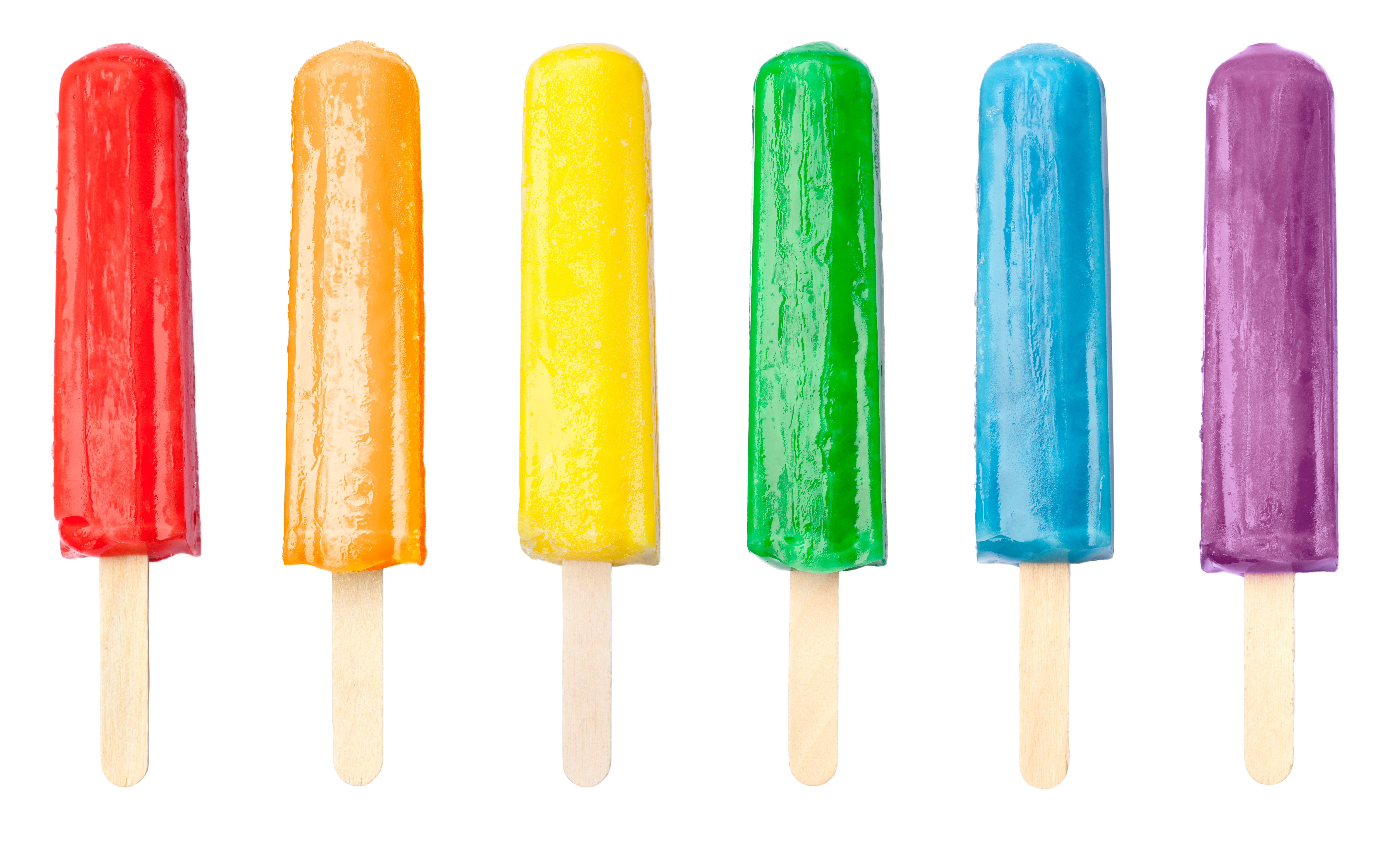 But one woman was so hot that she thought sticking an ice lolly in her vagina might be a good way to cool off, according to the Metro.co.uk.

Unsurprisingly, it turns out it's a terrible idea and has prompted experts to warn women not to put the frozen treats anywhere near their genitals.

Not only is it unlikely to help you feel any cooler, it could actually cause infections, irritation and potential trauma down below.

Consultant gynaecologist Dr Anne Henderson told The Sun: "Anything with food colouring, dye, perfume or high levels of sugar will have a negative impact on vaginal pH and lactobacillus and could increase the risk of vaginal infection such as thrush and bacterial vaginosis.

"Additives can also be potentially irritant in such a sensitive area as the vagina causing local inflammation and discomfort.

"On a more basic level the process could also be very messy as the ice lolly with melt very quickly and will leak upon dissolving.

"It is also a pointless exercise as the core body temperature, including internal organs such as the vagina, is set by the brain and cannot be altered by application of any cooling agent such as ice, which at best will provide a very temporary relief before the temperature rises once again.

"The body is very good at autoregulation and it is never a good idea to tamper."

Dr Sarah Jarvis, GP and clinical director for Patient.info told The Sun it could definitely damage the lining of the vagina.

She said: "While you may feel hot all over in this weather, there is never any reason to put ice lollies in your vagina.

"Many people who have taken ice straight from the freezer have discovered it can make your tongue sore, because the covering of the tongue is much more sensitive than your regular skin.

"The lining of your vagina is more delicate still, and ice or ice lollies can definitely damage the lining, leading to pain and even tearing of the lining."

Dr Sarah Welsh, co-founder of condom brand HANX, said: "There are many things that should never go near a vagina, and ice lollies are up there.

"The ice can stick to the delicate skin of the vagina and cause real trauma and damage.

"What’s more, putting any foodstuff inside your vagina can introduce microbes, disrupting its normal balance and allowing an environment for bacteria to grow and infections to develop."

Dr Shree Datta, consultant gynaecologist at MyHealthcare Clinic said: "My advice would be to avoid any foreign bodies in the vagina for risk of infection.

"I would suggest loose cotton underwear and avoiding tight clothing to prevent any irritation and dermatitis developing.

"A cool shower – without internal douching – and keeping well hydrated should suffice."

It's not the first time women have been warned against putting foreign objects in their vagina.

It was previously revealed that women have been sticking garlic cloves up there to try and treat thrush.

According to an old wives' tale, putting a clove in there for three days can clear things up.

But it prompted gynaecologist Dr Jennifer Gunter to warn that the vagina is the "perfect" environment for botulism bacteria to grow.

Botulism is an incredibly serious condition which can leave people paralysed and at worst, is fatal.

While lab tests may have shown that garlic contains antifungal properties, Dr Gunter stressed that scientists haven't even tested whether that translates into mice – let alone humans. 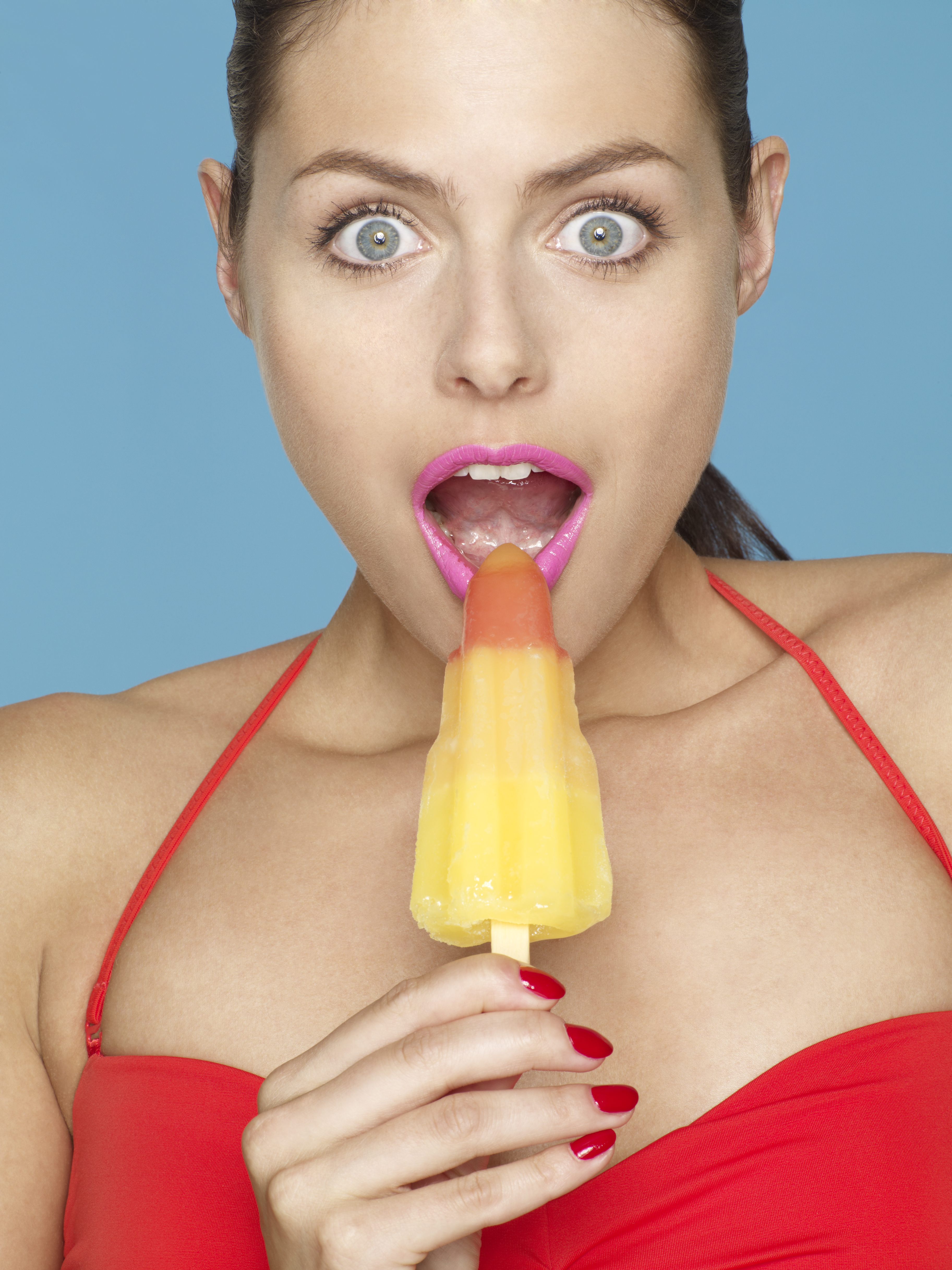 She also said that garlic is known to leave biofilms (collections of microorganisms) on braces – so it's possible that it'd leave the same in your vagina.

"Biofilms are bad. You do not want them to form, especially when you have yeast."

But the most alarming thing about this bizarre "treatment" is the possibility of botulism.

Because the vagina is an airlocked space, any outside bacteria that gets in there has a good opportunity to grow.

It's dark and damp in there – exactly what bacteria likes.

"You know why you refrigerate homemade garlic vinaigrette? So any clostridium bacteria lying around on the garlic doesn't produce botulinum toxin. Right. The vagina is an anaerobic environment, so perfect for clostridium."

Other foods to avoid

Bloggers, vloggers and a number of alternative health therapists have encouraged women to "cleanse" their vaginas with cucumber – but ONLY after peeling it (a thinly veiled attempt at safety advice, perhaps).

They claimed that it can "help sanitise and maintain a pleasant odour", as well as potentially warding off STIs.

Dr Gunter warned that "if you have a vagina you should definitely not do this".

She said attempts at cleaning your vagina in this way can actually cause more harm than good.

"This idea that some kind of vaginal cleansing is required, be it a peeled cucumber or the 'feminine washes' sold at drugstores, is misogyny dressed up as health care and I am having none of it," she wrote on her blog.

"Vaginas are not dirty.

"Study after study after study tells us that douches, cleanses, steams, vinegar, pH balancing products, aloe, colloidal silver, garlic or whatever else passing as the vaginal snake oil du jour at best do nothing but have real potential for harming good bacteria or disrupting the mucosal surface.

"By damaging lactobacilli and the mucosa, attempts at vaginal cleaning increase a woman’s risk of contracting gonorrhoea or HIV if she is exposed.

"Paradoxically, it will also cause odour."

How to prevent yeast infections

If you do think that you have a yeast infection, the best thing to do is go to your pharmacist or a GUM clinic.

They can help work out if you really do have something like thrush and which medications might work most effectively.

You'll often need antifungal medicine to get rid of thrush.

It should clear up within a week or after you've finished your course of meds.

It's harder to get rid of an infection once you have it but there are various things you can do to prevent one in the first place:

Marie Claire previously encouraged women to stick a sprig of parsley up there in order to induce a period.

Aside from the total lack of evidence, herbal inserts can be really dangerous.

“It’s a bad idea to insert anything not prescribed by a practitioner inside your vagina. Your vagina has a natural healthy balance which can be upset by the introduction of foreign objects," Karin O’Sullivan, Clinical Lead at FPA Charity told The Sun.

“When it comes to plants, hygiene can be an issue, with the introduction of new bacteria. Herbal inserts have not been medically tested and cannot be considered safe. As they’re untested, there’s also no guarantee of any health benefits. There is no evidence to suggest that taking parsley orally, or vaginally, will help to induce a period.

“More importantly, there is a risk that introducing foreign objects to the vagina can cause infections and even lead to toxic shock syndrome if left inside, which can be deadly."

In fact, a pregnant woman died two years ago after inserting parsley stems into her vagina in a botched bid to induce a miscarriage.

You can kind of see how people might think that yoghurt will help with yeast. After all, it contains lots of good bacteria which in theory could help fight off fungus.

But it's honestly a rubbish idea.

Multiple studies have shown that putting the creamy stuff in your vagina doesn't do anything beneficial.

Soaking a tampon in yoghurt and putting it into your vagina is nothing more than a waste of a perfectly good yoghurt.

And eating a load of yog won't make any difference either.

END_OF_DOCUMENT_TOKEN_TO_BE_REPLACED

END_OF_DOCUMENT_TOKEN_TO_BE_REPLACED
This website uses cookies to improve your user experience and to provide you with advertisements that are relevant to your interests. By continuing to browse the site you are agreeing to our use of cookies.Ok