Not so pleased with yourself now, Mr West! Actor Dominic West cuts a forlorn figure – six days after he was pictured gazing into the eyes of his co-star Lily James

What a difference a week makes! Dominic West cut a forlorn figure yesterday – six days after he was pictured gazing into the eyes of his co-star Lily James over an alfresco lunch in the Roman sunshine.

Despite the apparently incriminating photographs, the actor’s wife Catherine FitzGerald declared she stood by him, posing very publicly for pictures outside their Wiltshire mansion last week.

But the smug grin plastered on his face in those carefully choreographed shots was nowhere to be seen as he watched his son Francis, 11, play football in Exeter yesterday. 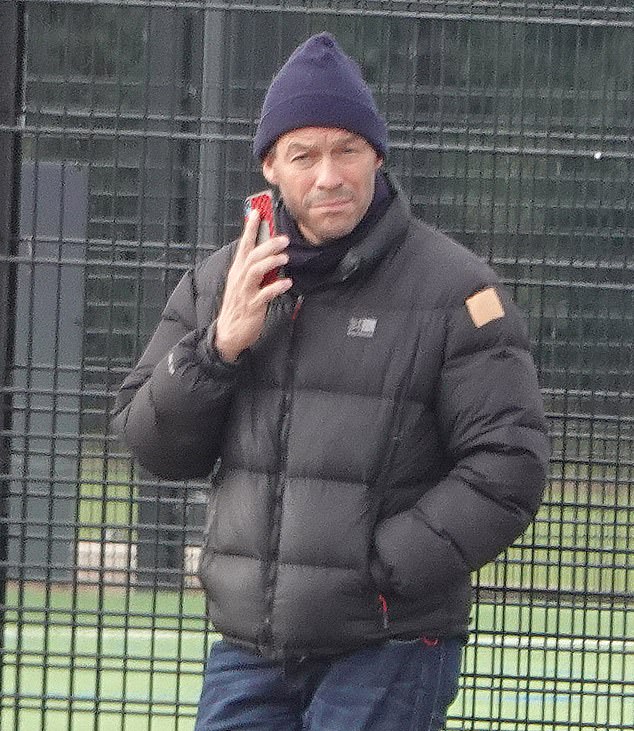 Wearing a £50 Karrimor puffer jacket, he glanced at his phone a few times as he occasionally leaned against the fence behind him.

An onlooker said the actor, 50, was almost unrecognisable from the man who was seen nuzzling Ms James’s neck as they rode a scooter together in Italy.

The source told The Mail on Sunday: ‘You’d be pressed to notice who he was, especially when he had his beanie hat on.

‘He was like a totally different person to the one last week. He didn’t smile at all and he looked very pensive, even miserable.’

West stunned the world last Tuesday when he and Ms FitzGerald put on their bizarre show of unity following his escapades with Ms James, his 31-year-old co-star in the forthcoming BBC drama The Pursuit Of Love.

With tight smiles and awkward body language, they kissed in front of the cameras. Irish aristocrat Ms FitzGerald, 49, the mother of four of West’s five children, clutched a note written by her husband and signed by them both.

She then deposited it for photographers at the boundary of their property. It read: ‘Our marriage is strong and we’re very much still together. Thank you.’ 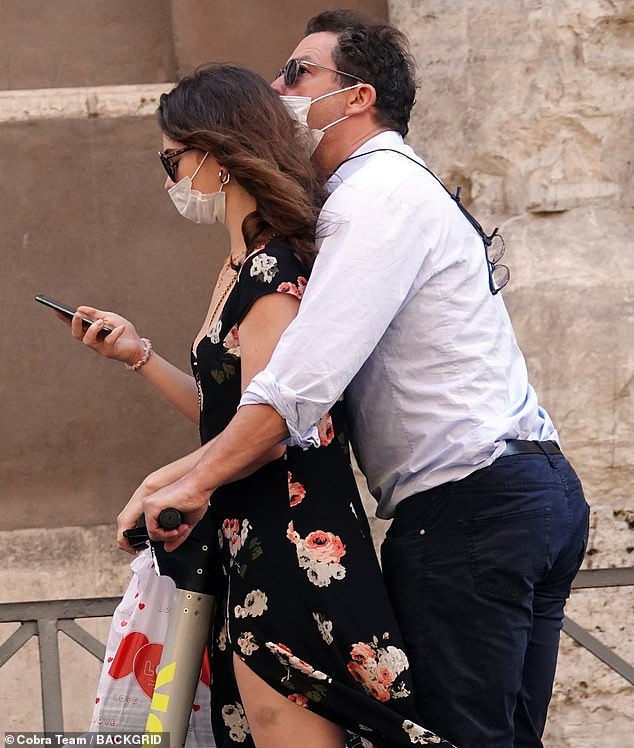 An onlooker said the actor, 50, was almost unrecognisable from the man who was seen nuzzling Ms James’s neck as they rode a scooter together in Italy (pictured)

West, who first met Ms James a decade ago when they starred in Othello together, was seen putting his arm protectively around her as they enjoyed time in the Italian capital.

They arrived home the following day.

Ms James, who last year split from Doctor Who star Matt Smith after five years together, has since kept a low profile at her North London home.