Celebrity relationships and friendships are a rare breed. These famous faces have their lives played out in front of the masses, whether it’s the good, the bad, or the straight-up shady. In Elite Daily’s It’s Complicated series, we’re highlighting the biggest celebrity “feuds” that took over Hollywood and dominated our Sunday brunches for weeks on end. We’ll take a deep dive into the lives and social media feeds of our favorite stars and dissect what happened in front of the camera, what went down behind the scenes, and everything you might have missed in between.

Fans never know what to expect when it comes to Addison Rae Easterling and Bryce Hall’s ever-changing relationship status. One minute, they’re inches away from kissing each other on TikTok, and the next, they’re telling fans they’re "just friends" and nothing more. After keeping their followers guessing for months, Easterling and Hall finally made a huge revelation in February 2020: They used to date. It wasn’t the news fans wanted to hear, but their shippers remain hopeful the stars will get back together. But even though it sounds like things have cooled off for the twosome for now, they run in the same circles, which makes Addison Rae Easterling and Bryce Hall’s mutual friends a sign that things could heat back up.

While most exes might like nothing more than to avoid each other at all costs, according to Hall, he and Easterling are actually on good terms. But as hard as the exes work to stay friendly, being members of "rival" TikTok collectives could make things difficult long term. Hall is part of Sway House, and Easterling is in Hype House, so their mutual friends could pop off at any time and leave the pair caught in the middle, having to choose a side. Below are five mutual connections who could further complicate their already complicated relationship.

Richards is a former member of Sway House and one of Hall’s closest friends. They collaborate all the time on TikTok and in YouTube videos, even after Richards left the collective in June 2020.

On March 20, they teamed up for their diss track "Still Softish." The song was aimed at Hype House member Lil Huddy (Chase Hudson), who they claim slid into Richards’ girlfriend, Nessa Barrett’s, DMs while he was dating Charli D’Amelio. (Hudson’s team did not respond to Elite Daily’s previous request for comment on Richards and Hall’s claims.)

"Yo, Bryce, this motherf*ckin manz tried to DM my girl," Richards says at the beginning of the track. "Tried to f*ck her. Lil f*cking hoodie or some sh*t."

On April 13, Charli and Lil Huddy announced they’d broken up, claiming they were on friendly terms. 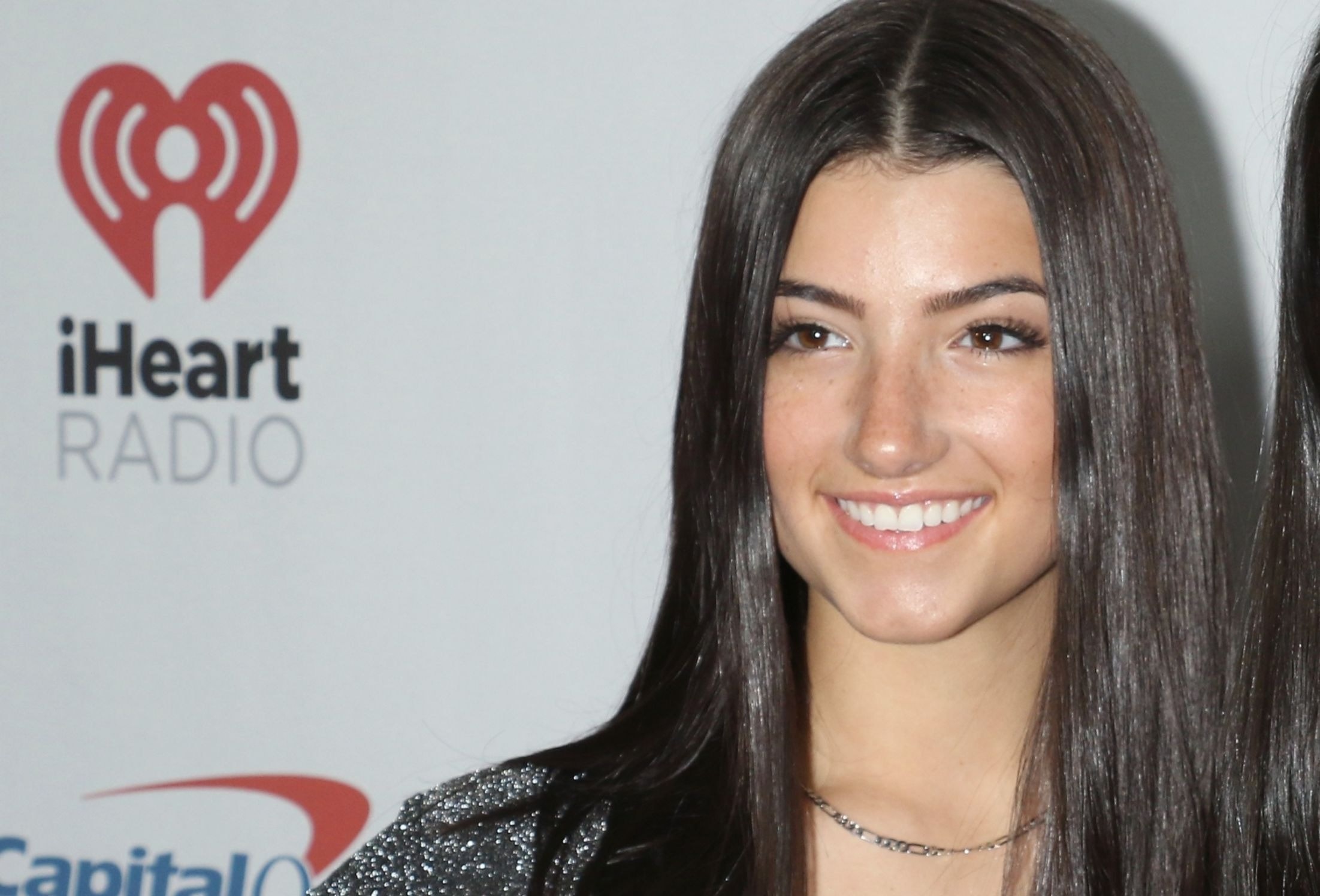 Charli and Easterling’s friendship was destined to flourish considering they were both members of Hype House. However, their friendship was tested in June 2020 when fans discovered Easterling used to "like" shady comments about Charli, like one saying Charli wasn’t the "prettiest girl on TikTok."

Easterling confirmed the shady likes were real, but that she liked them before she even knew Charli. Once the girls met and got to know one another, everything changed for Easterling. "I’ve loved and supported Charli since the day I met her," Easterling said in a response to all the drama.

addison speaks out and clears the air on some “shady” comments that she liked about Charli back in november? some were thinking dixie tweeted about them

On June 17, Charli told paparazzi she and Easterling were still friends and there were "no hard feelings" between them whatsoever.

While Hall is nowhere near as close with Charli as Easterling is, Hall seems to think Charli was the best thing that ever happened to Lil Huddy. He said as much in the lyrics to "Still Softish," rapping,

In an April 17, livestream, Hall revealed the reason he released "Still Softish" was because he wanted to stand up for Charli. "Charli is so nice, and we thought the way [Lil Huddy] was treating her was complete sh*t," he said. "I’m not trying to talk too much sh*t on [Lil Huddy] but he was not a good boyfriend."

Easterling is also besties with Charli’s sister, Dixie D’Amelio, who was also part of Hype House (both sisters announced their exit from the collective on May 6).

Right around the time Easterling’s old shady likes about Charli resurfaced, Dixie tweeted out several vague tweets like, "The jealousy OH MY GOD," "Charli deserves better," and "Family first and that’s that."

Fans assumed Dixie and Easterling’s friendship was over, but, weeks later, the stars reassured fans they were OK when they posted a TikTok together poking fun at the rumors they were feuding.

Although he may not be as close with Dixie as Easterling is, Hall and Dixie do appear to be friendly. In a May 20 video, he even addressed the D’Amelio sisters’ departure from Hype House.

"The Hype House? Charli and Dixie left and Addison doesn’t really associate with the Hype House, so they really kind of just — I don’t know what they’re doing exactly," Hall told fans. Apart from being her bestie’s ex-boyfriend, as a fellow Hype House member, Lil Huddy is one of Easterling’s frequent collaborators. They make TikToks together pretty often (fans even created compilation videos of all their clips) and hang out in their free time, along with the D’Amelio sisters.

As for Lil Huddy and Hall, their relationship status is caustic. They were friends before the "Still Softish" drama blew up in March, and, months later, on June 15, Lil Huddy followed Hall on Instagram and shared a photo with him and Richards. It was seemingly a sign the rival influencers were finally patching things up.

But on July 6, that progress was seemingly derailed when Lil Huddy accused TikToker Griffin Johnson of cheating on Dixie with Hall’s ex Elle Danjean and Richards of cheating on his girlfriend Nessa Barrett. Hall responded to the drama by calling Lil Huddy "an idiot" and revealed he was considering dropping another diss trick with Richards aimed at him.

Easterling has yet to speak out on the drama, but she seemingly deleted some of her old tweets about Hall after what happened. 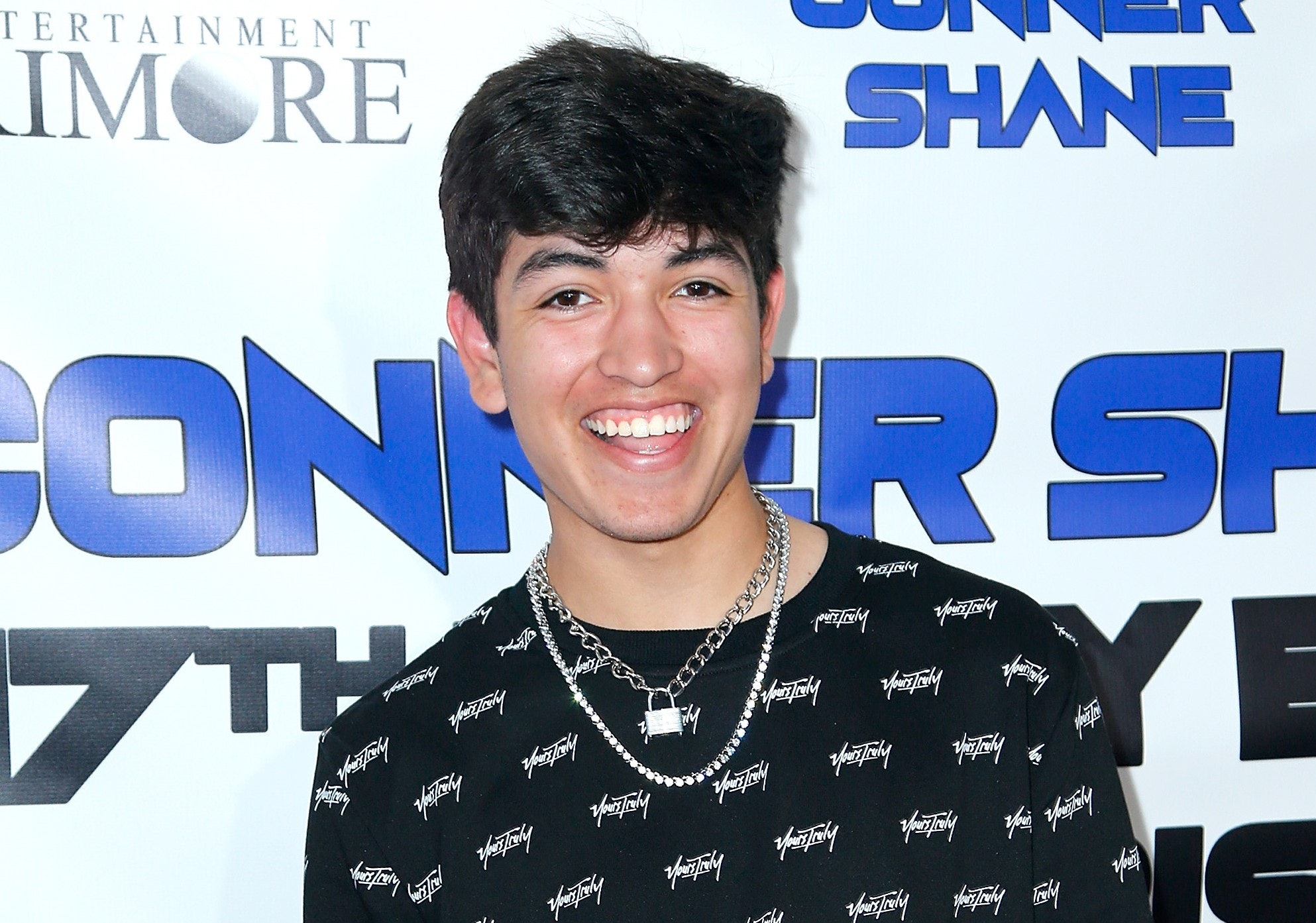 "Stay in your lane, buddy, before I walk over to the Clubhouse and smash and pass some f*cking sense into you dude," Hall told Topete during an IG Live.

OOP?☕️ BRYCE IS NOT PLAYING WITH SEBASTIAN

Topete later claimed Hall showed up the Clubhouse to discuss the matter in person. "I really don’t wanna talk about this anymore because it’s so immature and there’s bigger problems going on right now but you’re really gonna pull up to my house with cameras and personally degrade me & try to fight me. You took it too far over a video," Topete wrote in a now-deleted tweet.

Topete later posted screenshots of a text exchange with Easterling that showed he apologized to her. And while the exchange revealed Topete’s original comment didn’t bother Easterling as much as it did Hall, she posted later to make it clear she did not appreciate Topete sharing their private texts online. "I hate having bad blood with anyone. But I don’t think anyone should EVER post private conversations without consent of the other person," she wrote. 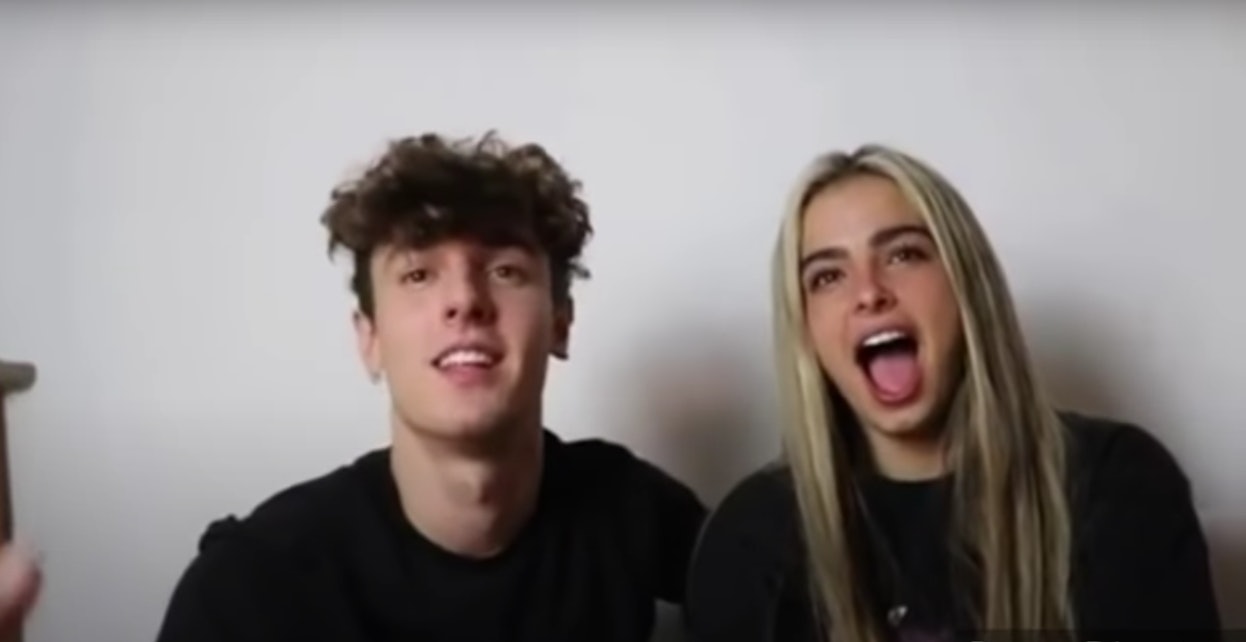 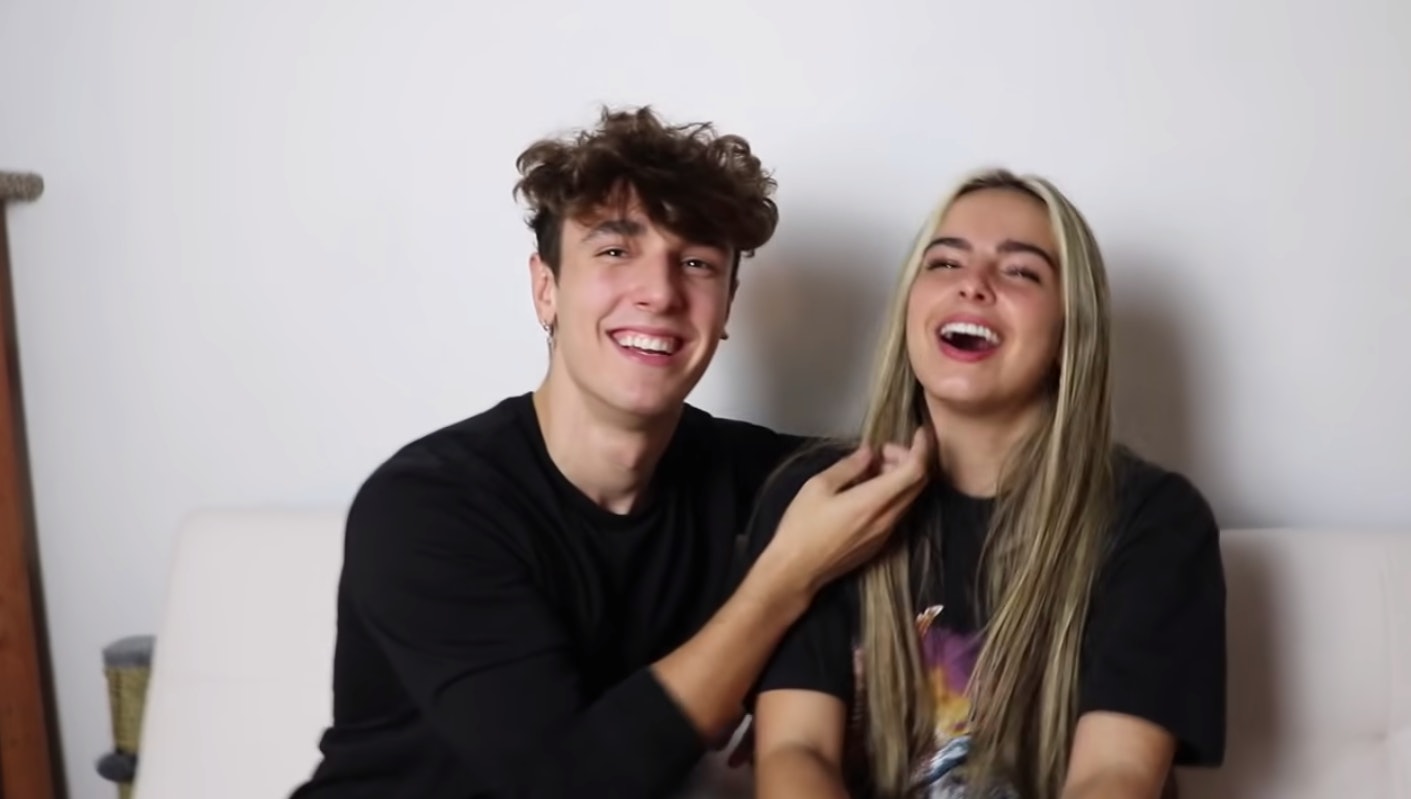 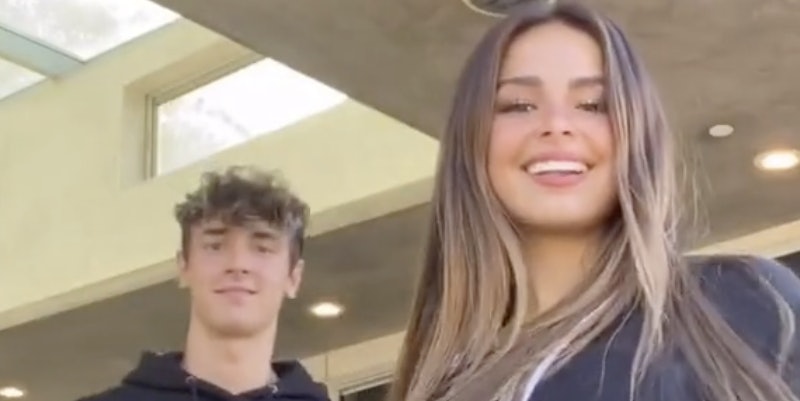