Alex Jones, 43, was joined on The One Show with co-host Gethin Jones, 42, on Friday, when they chatted about virtual dating during the nationwide lockdown. The small-screen star rarely makes mistakes on the BBC programme but almost threw the show into chaos during the latest broadcast.

Alex told viewers that they were in for a treat as she introduced a dating segment.

But the BBC favourite struggled to get all of her words out succinctly and admitted, “I messed it up”.

She told viewers: “Now lockdown is having a huge impact on all sorts of things. Not least of all people’s love lives.

“But where’s the…” Alex exclaimed before closing her eyes and looking up towards the studio ceiling. 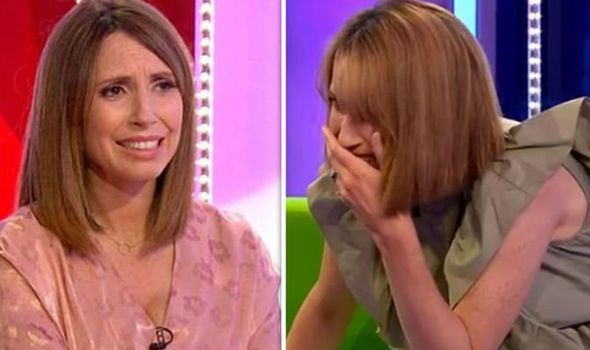 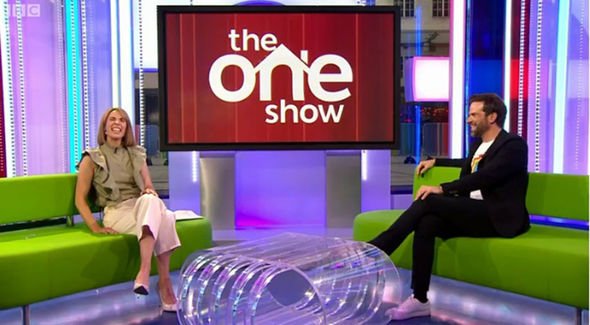 “That was such a good line but now I’ve messed it up.”

Gethin could be seen breaking into a fit of giggles as Alex also chuckled at her blunder.

He said: “You’ve been looking forward to that [line] all day.”

As she got herself together, Alex laughed before she was finally able to reveal her rehearsed line. 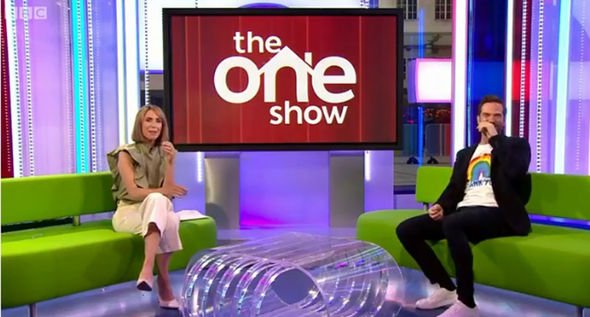 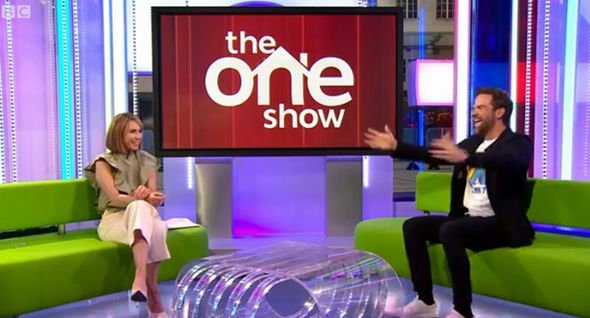 “Where there is WiFi there’s a way,” she continued.

Gethin cheered: “Yay. Well done. Got there in the end.”

Gethin chimed: “Yes. We can’t speak for them but we had a good time watching anyway.”

It seemingly appeared the blunders did not stop there, as Alex decided to spill the details on Gethin’s dating life.

After seeing some viewers going on virtual dates, the mum-of-two turned the conversation towards her colleague.

After the clip, Alex pointed at Geth and inquired: “Did you click?

“Because you did a little virtual date, didn’t you, with cooking?”

Sat with his mouth open Gethin breathlessly responded: “You said you wouldn’t mention this!”

Gethin attempted to recover from this information leak by looking at guest Mel C and asking: “Um, Melanie, you’re obviously in a relationship…”

Alex quickly jumped back in to apologise, announcing: “Sorry Geth!”

The One Show airs weekdays on BBC One at 7pm.