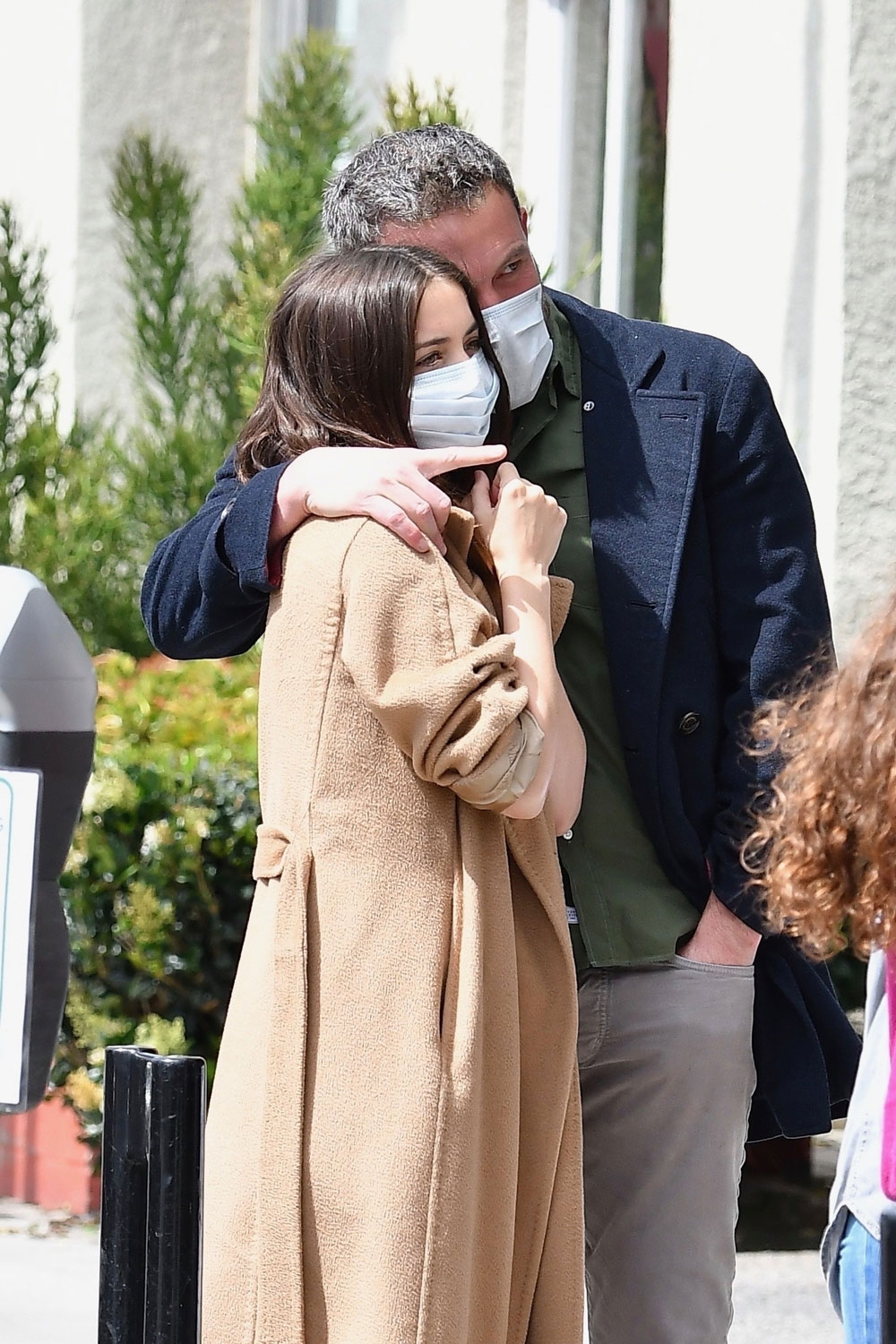 These are photos of Ben Affleck’s weekend and a couple from a walk he took with Ana on Thursday, April 16. Those are the photos where Ana is in a black leather wrap dress – to walk her dog. I mean what else is she going to get dressed up for? Then, on Saturday, they went to a place called Sidecar Donuts and Coffee where they waited in line, looked at their phones, and then walked out with a box of donuts. 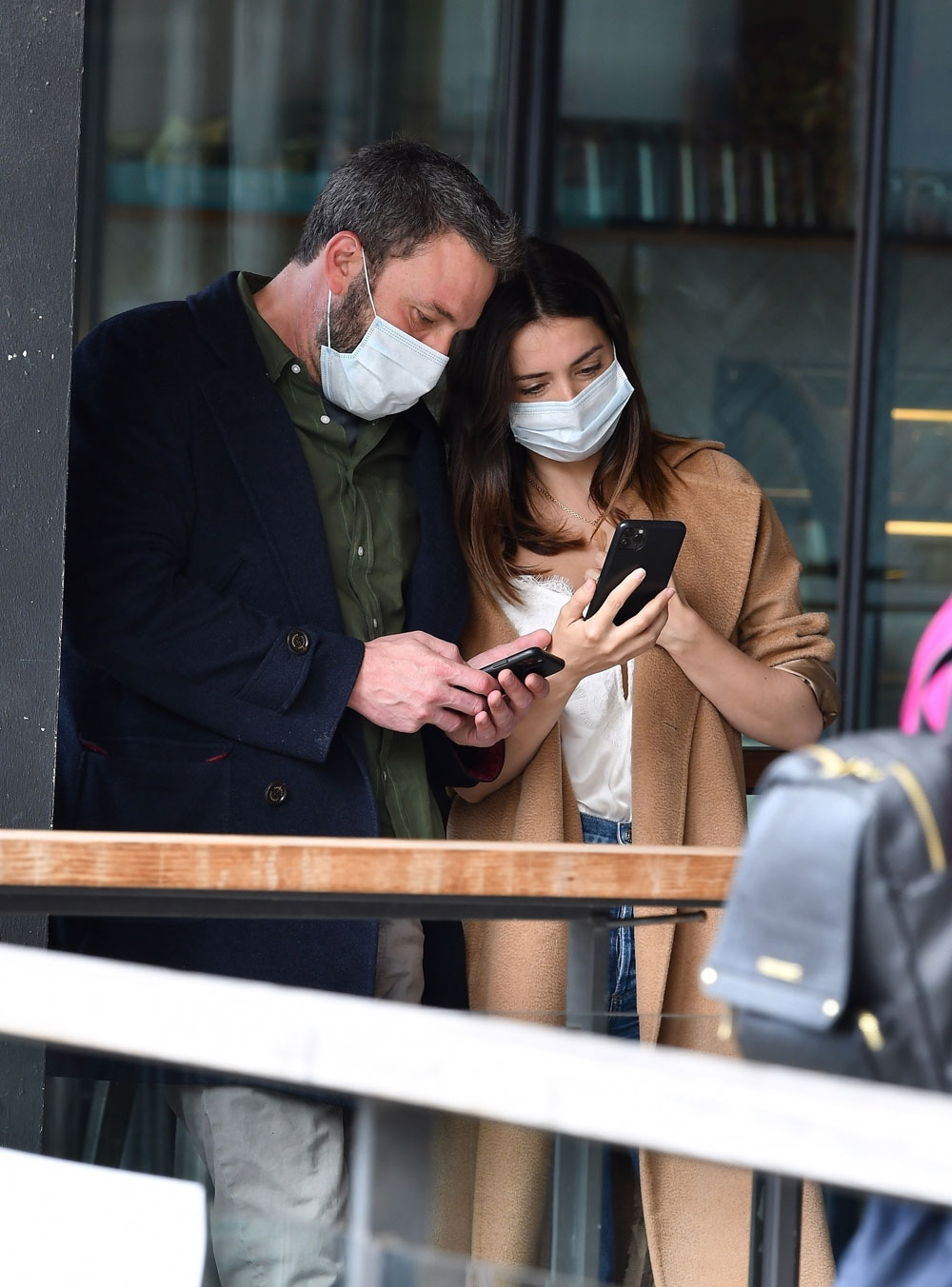 The fan account Ana de Armas updates, which was blocked by Ana a couple of weeks ago, made a clever post about this.

I’m assuming Ben shared the donuts with his kids because he was seen out walking with them later that day. It took him a few weeks to step out with them, but he’s been visiting them at home. Serious question: would you get takeout donuts? Donuts aren’t my thing. I’ve had takeout exactly twice during the pandemic but it felt weird somehow. Local businesses need the support so I’m trying to order food every couple of weeks. 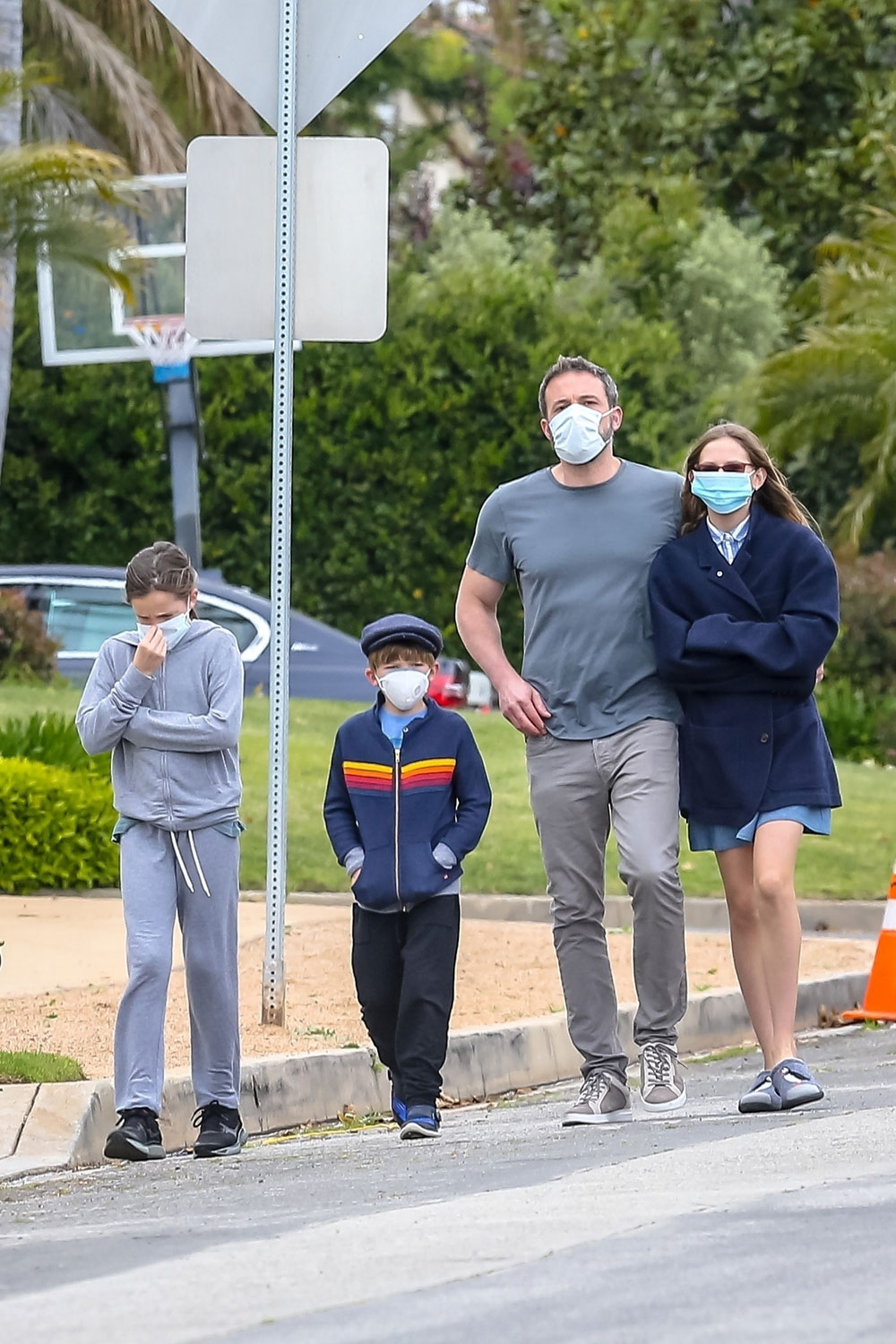 How long do you give Ben and Ana? I think they’ll last a couple of years and have about two breakups and makeups. We’ll hear about it too. 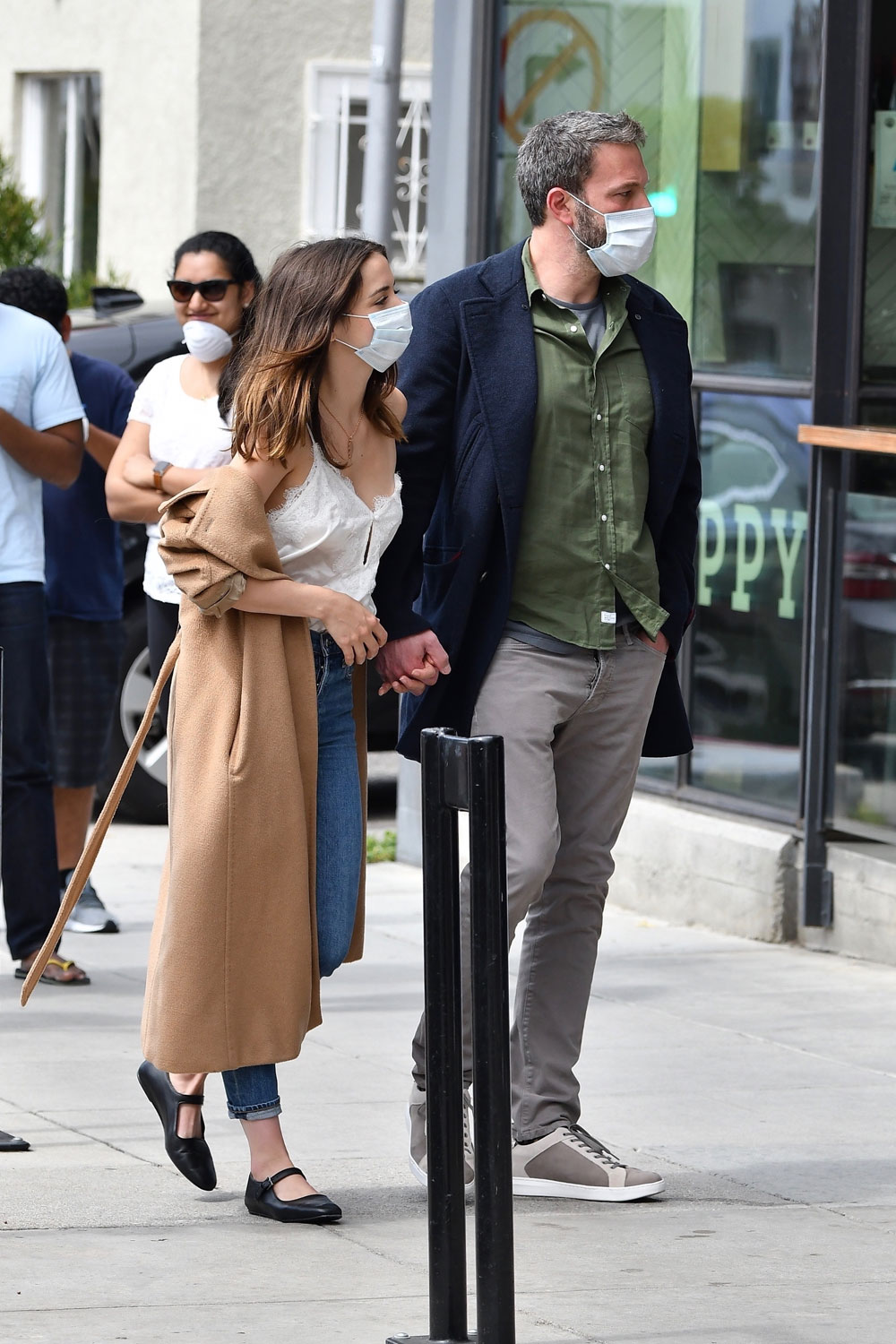 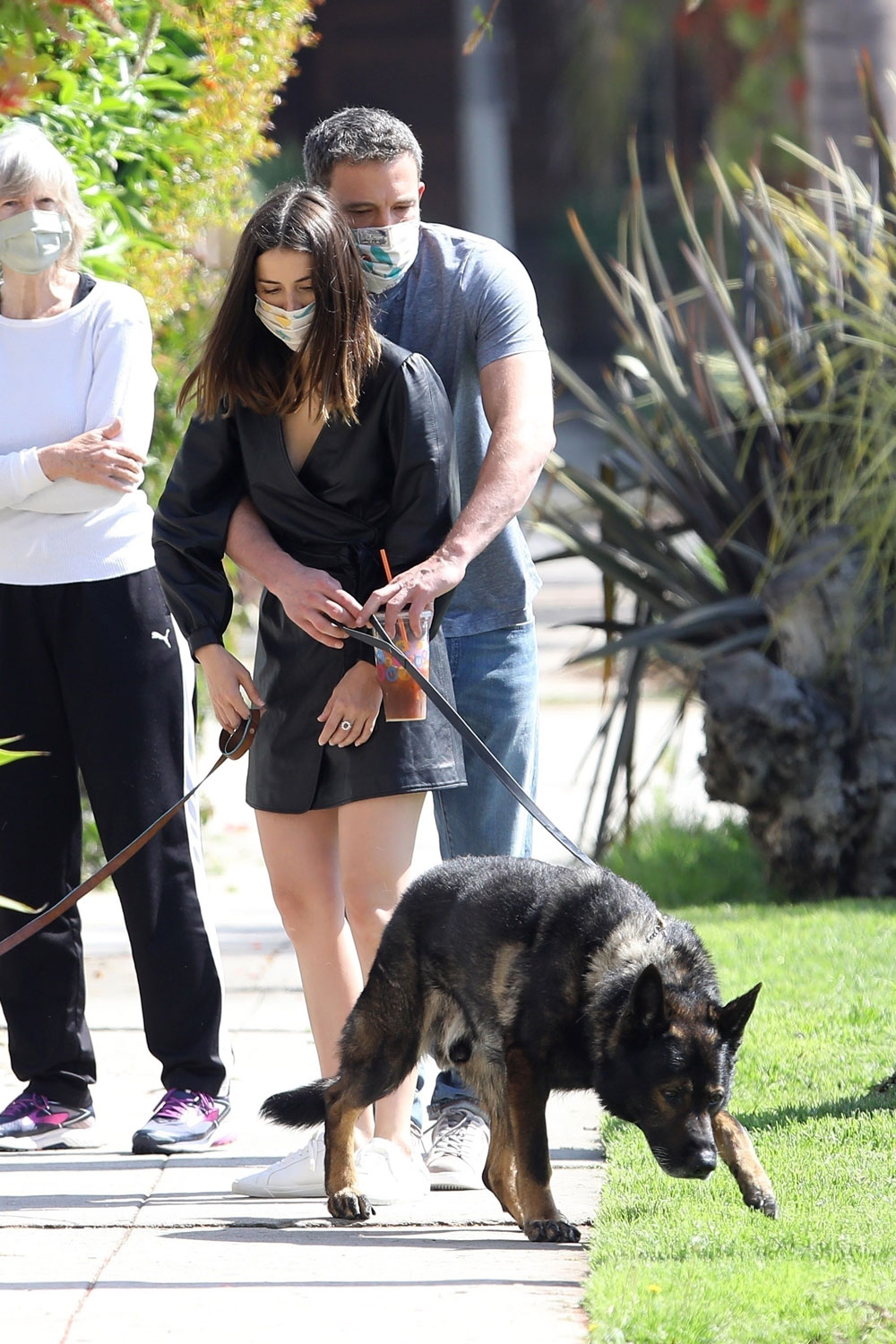 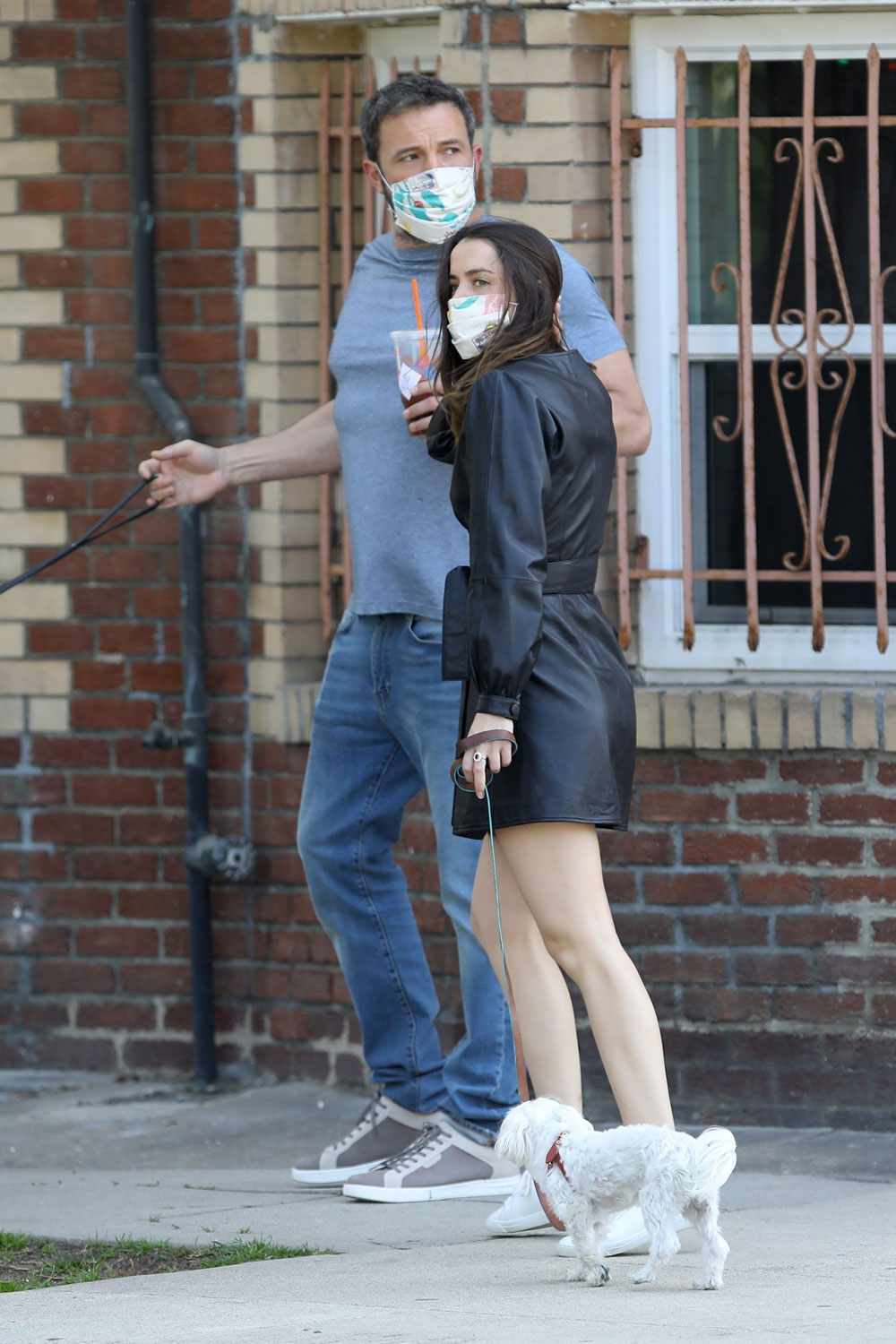