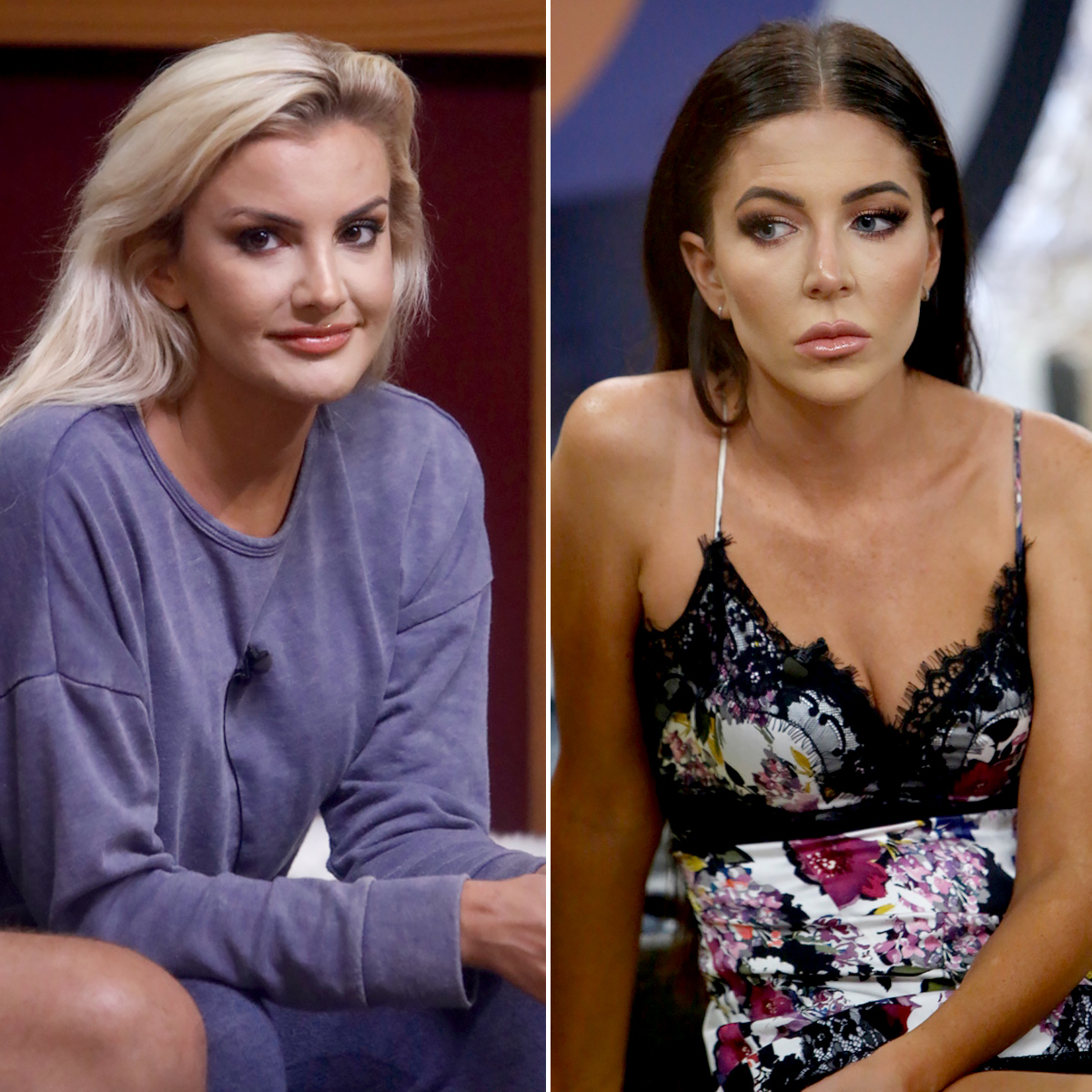 Gone their separate ways. Big Brother star Kathryn Dunn and her costar Holly Allen have closed the chapter on their friendship, which began when the pair competed on the CBS series last summer.

The 29-year-old account executive exclusively told Us Weekly on Monday, April 20, that she and Allen, 32, are “no longer friends” because they had a “falling out” in February while Dunn was visiting the wine safari guide and her boyfriend, Jackson Michie.

“I think things kind of escalated into where, you know, it’s one thing to have an argument with a friend and you can get past it and move on,” Dunn recalled. “But, like, sometimes if somebody says things that are really hurtful, especially things that I think that she had just kinda been, I guess, harboring and it went from being an argument to, like, friendships were severed.”

Dunn added that she still respects Allen but ultimately thought, “It wasn’t healthy for us to be friends anymore.”

However, the former NBA dancer is still on good terms with Michie, 24, but she noted that they don’t regularly talk, ’cause that’d be weird, especially ’cause he’s dating Holly.”

Dunn and Allen became close while filming Big Brother season 21 in the summer of 2019. The Texas native first clicked with Allen’s boyfriend, Michie, before the live feeds turned on.

The server decided to sever ties with Dunn in the game after he realized he didn’t agree with her emotional gameplay. He later began a showmance with Allen, which flourished into a romance outside of the house.

However, Dunn and Allen didn’t harbor any hard feelings toward each other for crushing on the same guy and instead formed a final two alliance forged from their similar backgrounds. (Dunn has competed in the Miss America and Miss USA pageants while Allen won Miss Wyoming in 2011.)

“Holly and I, we actually have more than just [Jackson] Michie in common. We both are in the pageant world. We both do promo modeling,” Dunn revealed in a July 2019 episode. “We don’t exactly know each other, but our lives are very intertwined.”

Dunn’s relationship with another Big Brother castmate has also changed. She exclusively revealed to Us that she and her boyfriend, Nick Maccarone, have called it quits after less than a year together. Dunn explained that she and the therapist, 27, split on April 9 after an argument on Instagram Live. The quarrel led fans to speculate on the status of their relationship, which added more pressure.

“They were messaging him things like, ‘Oh, you deserve to find someone who really loves you, and she’s just not it.’ You know, just getting involved in our business,” Dunn said. “It was kind of starting to cause, like, little arguments here and there. Just that along with the stress of quarantine and everything going on, it was getting like a little shaky I guess.”

With reporting by Kayley Stumpe