Meghan Markle, 41, returned to the UK where she gave a short speech at the opening ceremony of the One Young World summit in Manchester. The Duchess of Sussex was also escorted by her husband Prince Harry, as she gave her first UK speech since stepping down as a senior royal.

The 70-year-old urged young people to fight against climate change before he suffered a major slip-up.

As the legendary musician took to the stage, he commented on the choice of music and ended up swearing in front of the Duke and Duchess of Sussex.

Sir Bob remarked: “There’s no denying that the joy we celebrated with all those flags with frankly the best soundtrack that One Young World have come up with in the 28,000 years that we’ve been doing this, finally catered to some different record other than Pink Floyd or whatever the f*** that is.” 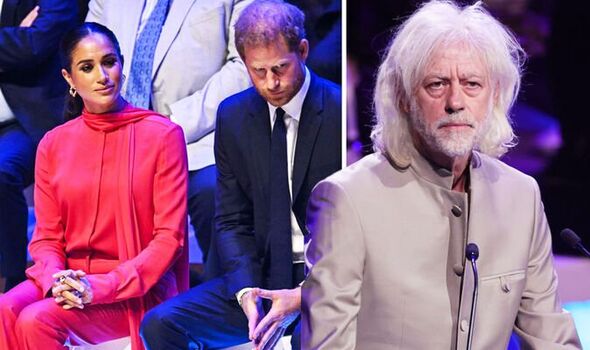 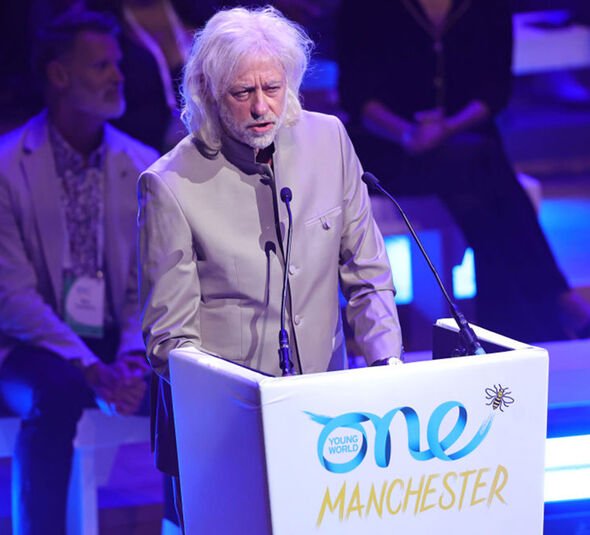 Social media users took to Twitter and commented on the activist’s speech, as many people praised the musician.

@TracySmail commented: “Sir Bob Geldof shook me… hard-hitting speech, saying the things that needed to be said about the state of leadership and what truly matters in society.”

@DasiyHart added: “Absolutely wonderful, heartfelt speech by Meghan, Duchess of Sussex and all the other #OneYoungWorld counsellors Inc Mary Robinson & Bob Geldof. Well done to @OneYoungWorld I wish you all a great week and a wonderful future.”(sic) 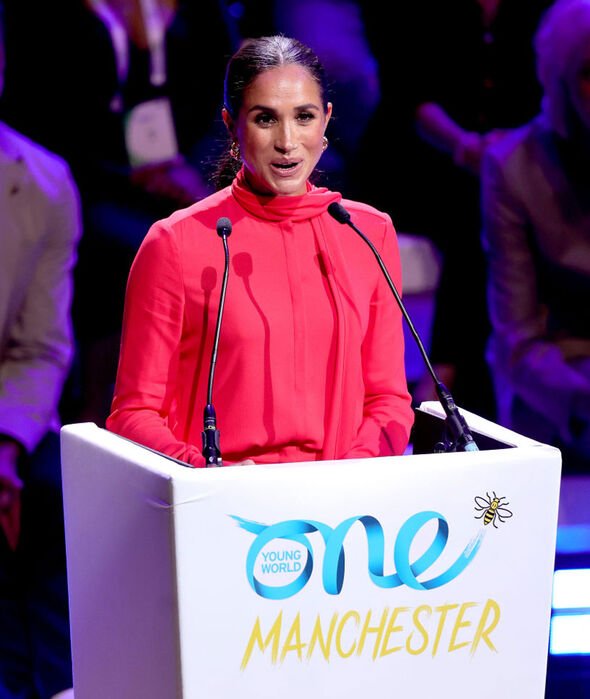 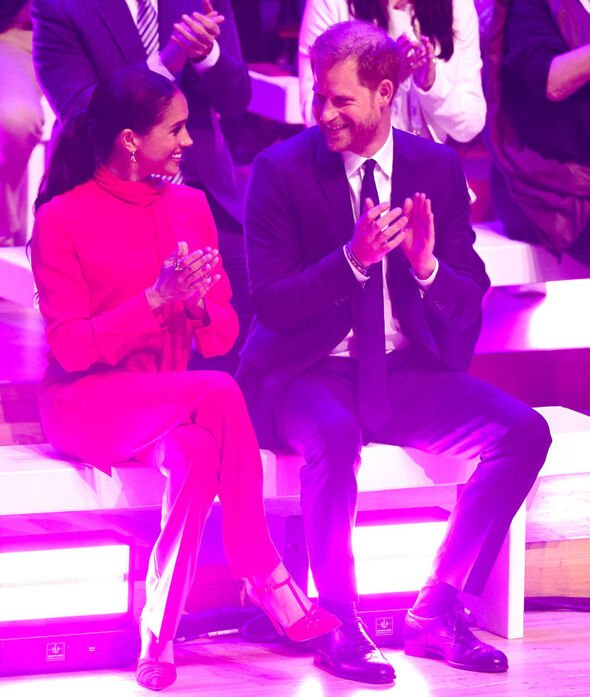 It was Meghan’s first public speech in Britain since she and Harry stepped down from their royal duties back in 2020.

The speech came a week after the publication of a controversial interview with The Cut magazine in which she voiced criticism of how she and Harry had been treated by the Royal Family.

“As you’ll likely hear many times this week, you’ll hear all sorts of things: Some very heavy, some very uplifting, but the resounding spirit, I believe you’ll hear, is that you are the future. But I would like to add to that, that you are also the present.

“You are the ones driving the positive and necessary change needed across the globe now in this very moment and for that, I’m so grateful to be in your company today.”

She went on: “It was several years ago in 2014 that I was first invited to be a counsellor at One Young World and, in many ways at the time, I was probably a lot like each of you: Young, ambitious, advocating for the things I deeply and profoundly believed in.

“And also looking around and wondering, ‘How on earth did I get here?’ Have any of you today so far had that feeling, that ‘Pinch me’ moment, where you’re just so, ‘How am I here?'”

Meghan added: “My world view had expanded exponentially, seeing the global community through the eyes of my child and I would ask, what is this world he would come to adopt? And what can we do, what can I do to make it better?

After the event in Manchester, the couple attended an event in Germany on Tuesday to mark one year to go until the 2023 Invictus Games for injured veterans.

The Duke and Duchess of Sussex were spotted taking pictures and selfies with fans who lined the streets.

They are also expected to attend an awards ceremony for seriously ill children in London on Thursday.