Is coronavirus the ‘nail in the coffin’ for movie theater industry?

Jeff Sica of Circle Squared Alternative Investments on how the coronavirus pandemic has changed entertainment habits.

China has officially surpassed North America as the world’s largest box office earner due to the coronavirus pandemic keeping key U.S. markets out of the game.

Because the United States is still struggling to contain the coronavirus in a way China is not, the country was able to finally take the lead by allowing its theaters to open at about 75% capacity to a public that’s significantly less worried about catching and spreading COVID-19.

According to The Hollywood Reporter, which cites data from Artisan Gateway, ticket sales in China have climbed to $1.988 billion in 2020, overtaking North America’s total box office by a staggering $1.937 billion.

The outlet reports that, during China’s weeklong National Day holiday from Oct. 1 through Oct. 8, cinemas sold $586 million in tickets, with local blockbuster “My People, My Homeland” bringing in $19.1 million over this past weekend alone.

Meanwhile, the country’s World War II film “The Eight Hundred” remains the most successful movie of the year with $460 million and counting. By contrast, “Bad Boys for Life” earned $426.5 million as one of the last movies to draw in a crowd in North America before the shutdown. 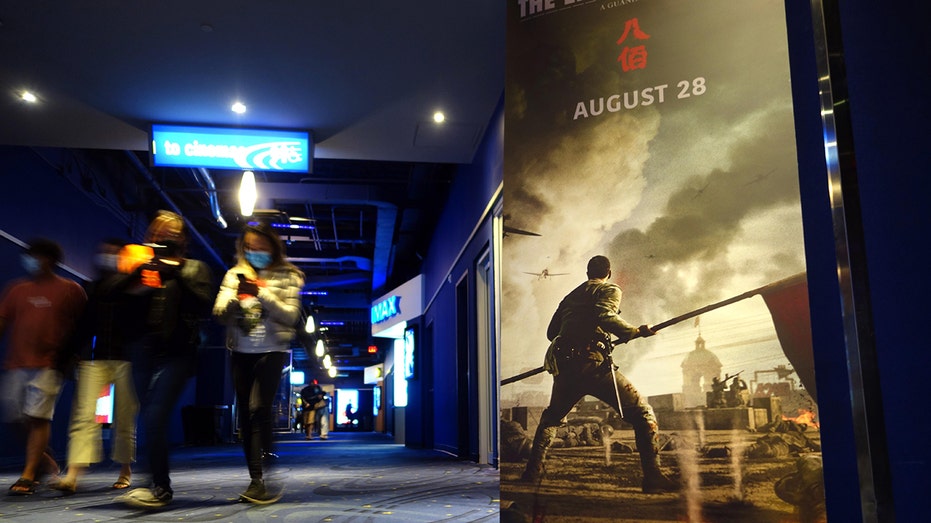 People walk by a poster of Chinese film ‘The Eight Hundred’ at a cinema on August 28, 2020 in Toronto, Canada. (Yu Ruidong/China News Service via Getty Images)

The new number one position marks a historic day given that North America has been considered the hub of the industry since movies first began. China overtaking North America obviously comes with an asterisk given that the pandemic has affected not only theaters but studios’ ability to produce new content as well. While some are beginning to get started under strict COVID-19 prevention guidelines, other productions remain on hold indefinitely as major blockbusters that are already complete like “Black Widow,” “The Batman,” “Dune” and “No Time to Die” push their release dates back as far as 2021.

Meanwhile, AMC Theaters, the largest chain in the U.S. said last week that it may run out of cash by the end of the year while Cineworld, the second-largest exhibitor, said it was shutting down most of its locations in the U.S. and the U.K. 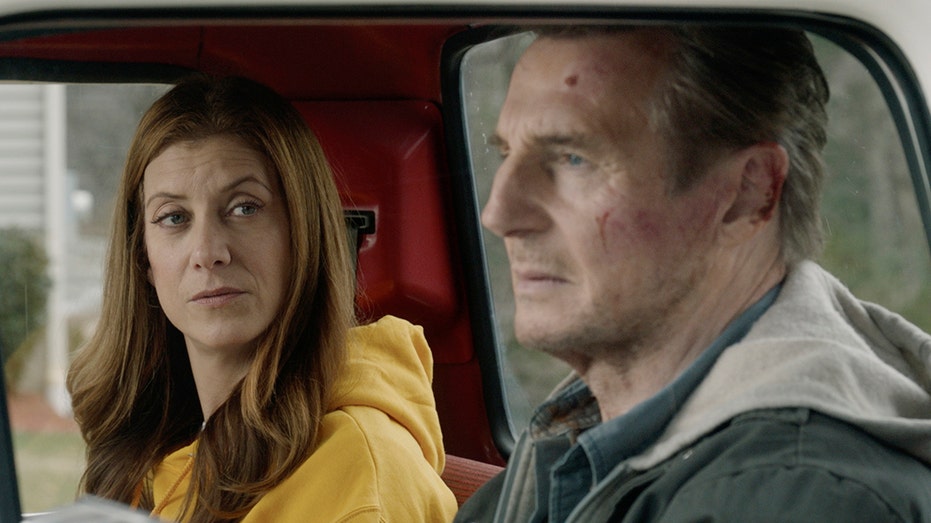 As a result, many wonder if, despite the asterisk on the Chinese box office’s big win, the shift could be permanent.

However, the North American box office continues to limp on with the Liam Neeson-led thriller “Honest Thief” raking in $3.7 million during its U.S. debut over the weekend, taking the number one spot from Robert De Niro's "The War with Grandpa." The film, starring Neeson as a notorious bank robber who turns himself in but is double-crossed by two FBI agents.

"Honest Thief" also played well in markets including Miami, Chicago, San Diego and Atlanta, according to the studio. However, until key markets like New York and California are able to open up in full, there’s no telling how much more dire the situation could get for theaters and studios alike.