Cody Simpson took his new flame, model Marloes Stevens, for a ride on his Hondo Moto bike after grabbing lunch in Venice Beach on Nov. 10!

Cody Simpson, 23, took a joy ride around town with his new flame on the back of his motorcycle: Marloes Stevens! As they hit the road on Cody’s vintage Hondo Moto bike in Los Angeles on Nov. 10, Marloes held on tight around the Australian singer’s waist. The lovebirds coordinated in head-to-toe black ensembles, and both even wore the same exact Vans Old Skool sneakers. 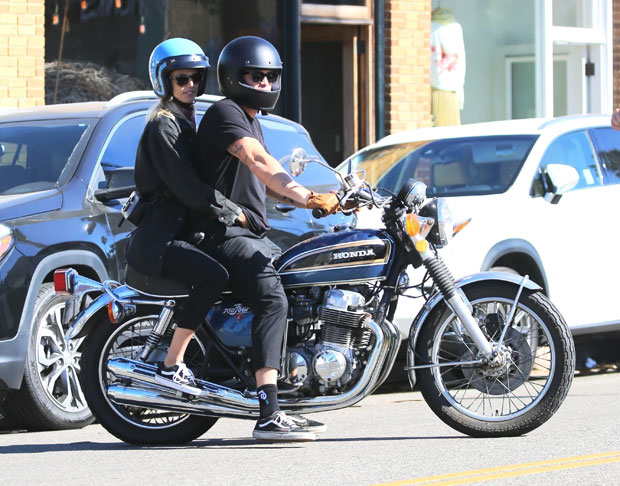 Marloes was also rocking a bright red bandana around her neck, and was also seen wearing a bandana  in outfit photos that she posted to Instagram that very same day, which you can see below. Marloes appeared to be in a giddy mood, because she captioned the Instagram slideshow, “She’s got a lot to smile about.” 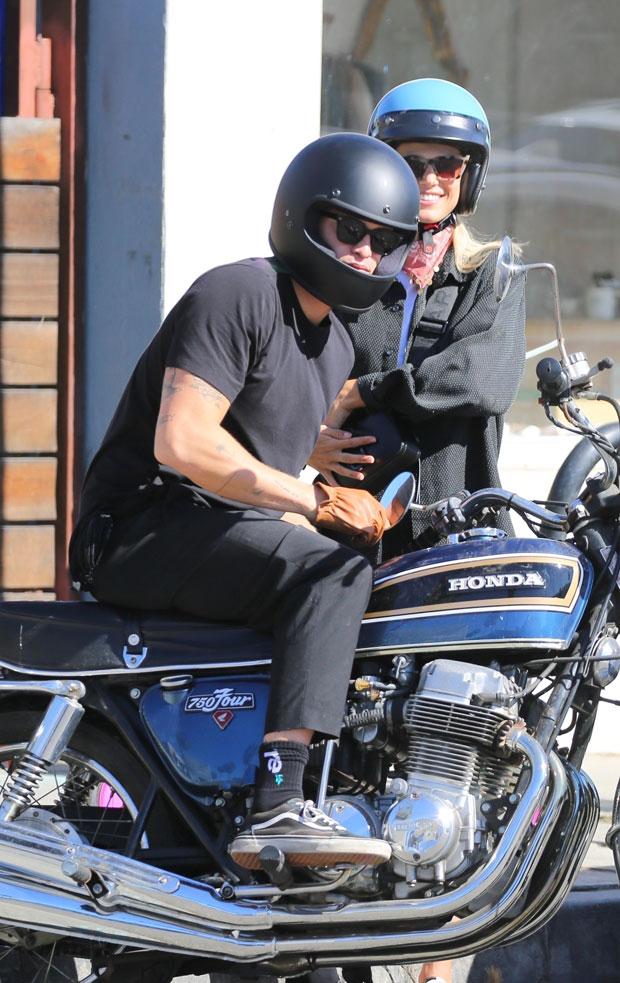 Before the motorcycle ride, Cody and Marloes grabbed lunch at the vegetarian restaurant The Butcher’s Daughter in Venice Beach. And it’s not the first time the pair has dined together! Cody and Marloes first sparked romance speculation thanks to their affectionate lunch at Habana Cafe in Malibu on Nov. 4, and a source confirmed that the mystery woman eating with Cody was indeed Marloes. During the outing with other friends, Marloes gave Cody a sweet kiss on the cheek. She was also pictured holding hands with the poet on that very same day.

Marloes Stevens appears to wear the same bandana seen in the paparazzi photos above. (Courtesy of Instagram)

It looks like Cody is moving on since his split with Miley Cyrus, 27, and so has she! “Miley has moved on from their relationship and she’s really focused on her own life and has a very busy career and a full life,” a source close to the “Midnight Sky” singer EXCLUSIVELY told HollywoodLife in November. The insider added, “But that’s not to say she doesn’t wish him everything but the best and she has nothing but love for Cody and always will no matter what. They ended things on really good terms and there’s absolutely no bad blood between them whatsoever.”

Miley also said herself that she’d be “friends” with Cody, even after the breakup. “We’ve been friends for 10 years, and we’re going to continue to be friends. Just don’t make it something that it is not,” the Disney Channel alum clarified in an Instagram Live session in August.