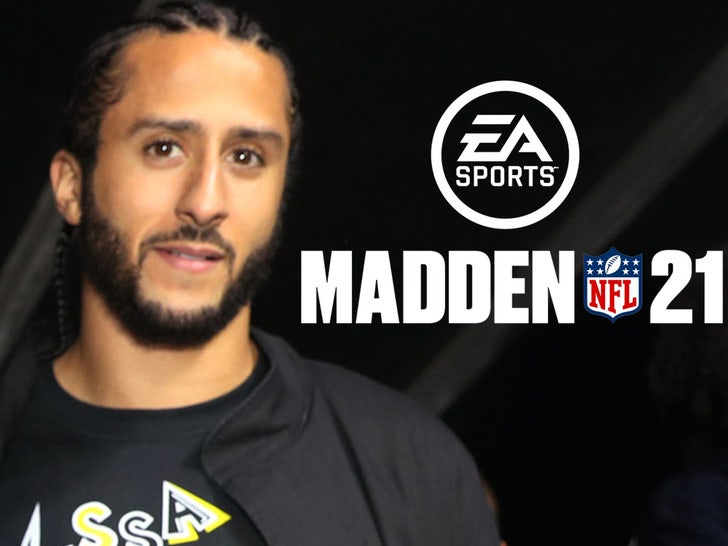 Colin Kaepernick is back in the NFL — in the Madden ’21 video game … where he’s now a playable QB with a higher rating than Cam Newton and Baker Mayfield.

“Colin Kaepernick is one of the top free agents in football and a starting caliber quarterback,” EA Sports said in a statement. 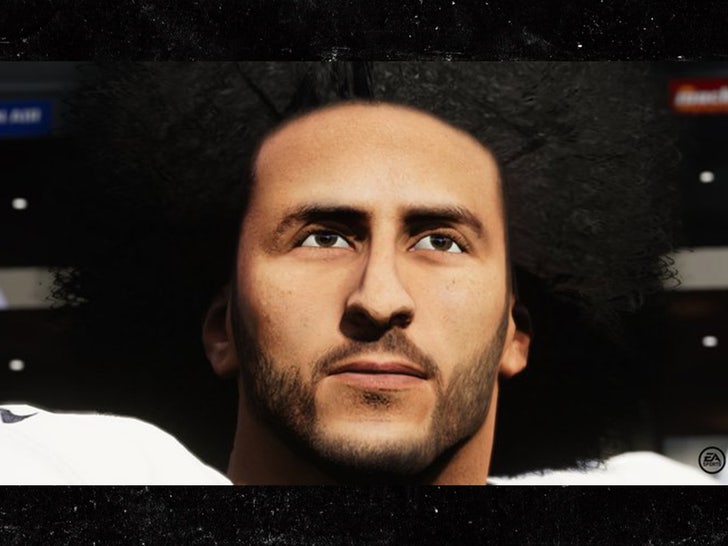 “Our team at EA Sports along with millions of Madden NFL fans wanted to see him back in the game.”

EA Sports says fans can use Colin as a QB in Franchise Mode — and play with him starting Tuesday, Sept. 8.

We look forward to seeing Colin on Madden NFL teams.

We’re told Colin’s overall raying is an 81 — a number EA says is based on Kap’s “prior on the field performance, combined with our data-driven EA Sports rating simulations.”

The company says the rating takes into account “he has not taken the field since 2016.”

“When Kaepernick was a healthy starting quarterback he was rated 89, 89, 81 overall and known for his strong touchdown-to-interception ratio, mobility, and playoff performances.”

There’s more … Kap also has a signature TD celebration — a raised fist, which players can activate after a score.

EA also notes that Colin is the top-rated free agent QB in their game.

And, with his 81 rating, Kap ranks higher than Derek Carr,  Ryan Tannehill, Josh Allen and even Kyler Murray.

EA Sports also acknowledges a past issue with Kaepernick involving a song on the Madden ’19 soundtrack in which Kap’s name was edited out. The QB’s people worked with EA Sports — and now both sides say it’s been resolved and it’s all water under the bridge.