No hard feelings. Darren Criss revealed that Beyoncé seemingly poached his dream song for the Disney Family Singalong, but he’s glad she did.

“Fun fact: asked if I could do When You Wish Upon A Star,” Criss, 33, wrote via Twitter on Thursday, April 16. “They said ‘that’s impossible to get cleared’ which was either the nicest way to tell me ‘please don’t’ or it was actually true and it’s just nothing is impossible if Beyoncé wants to do it.”

The ABC production of the show featured celebrities performing classic Disney songs from their homes, including Beyoncé’s rendition, which the Glee alum admitted was the right choice. 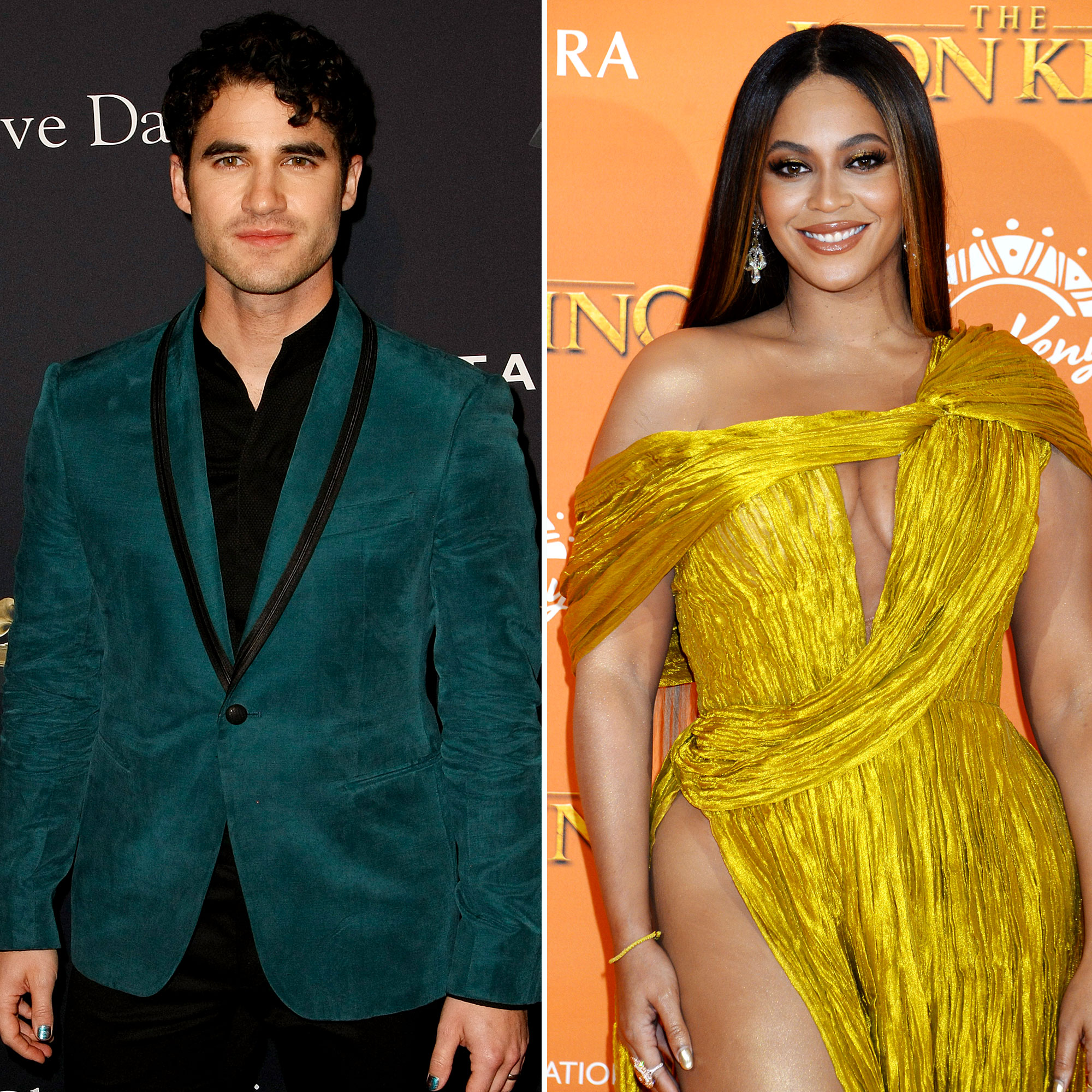 “Either way thank GAWD it was her,” he tweeted after she surprised fans on screen with the Pinocchio hit. “My eyes were melting. So beautiful.”

The Lion King actress, 38, dedicated her beautiful song to “all of the healthcare workers who’ve been working tirelessly to keep us safe.”

The American Crime Story alum, for his part, performed “I Wanna Be Like You” from The Jungle Book.

The San Francisco native played guitar and made a makeshift drum in his living room — and donned numerous costume changes during his segment.

Criss wore Mickey Mouse ears, a black hat and sunglasses, and a crown as he belted out the track and finished it off with monkey sounds.

In order to make his portion of the show a success, the actor had a little help from his wife, Mia Swier.

“Not too shabby (well maybe a LITTLE shabby),” the Midway star wrote via Twitter after his song aired on TV. “I had to put it together in just a few hours, definitely wouldn’t have been able to pull it off without my incredible director of photography & camera operator @MiaVonGlitz.”

Fellow performer Luke Evans revealed that he too had a helper to achieve his rendition of “Gaston” from The Beauty and the Beast.

“Now that’s Team Gaston!” Evans, 41, captioned a photo via Instagram on Thursday, showing off his behind-the-scenes boyfriend, Rafa Olarra. During his song, he teamed up with his movie costar Josh Gad to do a split-screen performance.