David Walliams, who is currently a judge on ITV’s Britain’s Got Talent, used to be one half of smash hit show Little Britain with Matt Lucas. The British sketch comedy ran from 2003 to 2009 on the BBC and in October 2019, Lucas and Walliams reunited for a one-off radio special entitled Little Brexit.

The meet up marked the end of an eight-year feud between the comedians.

Walliams and Matt Lucas first met at the National Youth Theatre in the late 1990s, but would not meet again for another year.

Back then, playing minor roles in sketches such as The Club, Walliams and Lucas played grotesque caricatures of various rock musicians in the series Rock Profile and in the spoof documentary series Sir Bernard’s Stately Homes.

In 2000, the duo started radio series Little Britain, which became a TV series in 2003. 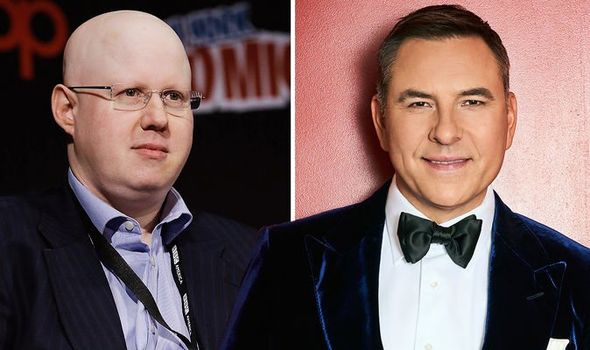 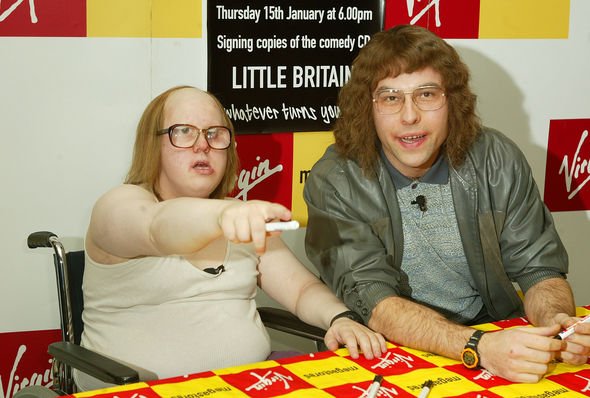 What happened between David Walliams and Matt Lucas?

Walliams and Lucas ended their work relationship in 2011 after reports suggested the friendship had become strained.

Lucas, who has joined The Great British Bake Off as its new co-host, wrote in his autobiography, Little Me, Matt, how the friendship with Walliams became strained in 2005.

At the time, the iconic duo were on their Little Britain Live tour, where a particular fight emerged backstage.

In the book, Lucas revealed how they were “often at loggerheads” and rows over trivial matters, including what kind of chocolate to have backstage, often escalated. 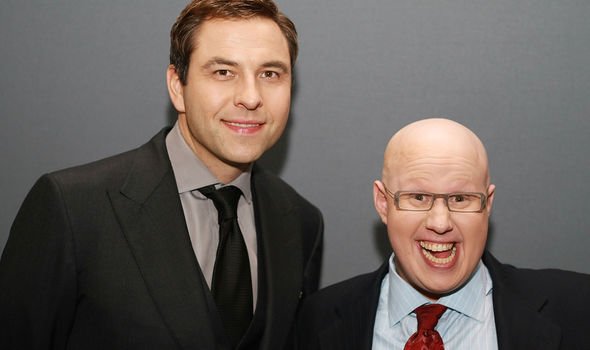 But one particular disagreement over Walliams’ facial hair during the live tour ended in a massive fight between the two.

Although they managed to make amends, things became strained again during the Australian leg of the tour in 2007.

And despite making their second show, titled Come Fly With Me in 2011, the partnership dissolved.

In the book, Lucas wrote the two rowed and were “suddenly hurling obscenities at each other”.

He also took a dig at his former partner, saying: “Walliams has now sold so many children’s books he can probably buy his own private jet, all decked out in pink, with a river inside it for him to swim up.”

In 2012, when Walliams released his own autobiography, Camp David, where he defended himself.

Asked about the relationship while promoting the book, he told Radio 4: “We’re very different people and probably want different things and had different working methods.

After dissolving their partnership, Walliams has gone on to become a best-selling children’s author and Britain’s Got Talent judge, while Lucas joined the cast of Doctor Who and was recently confirmed as the co-host of The Great British Bake Off. 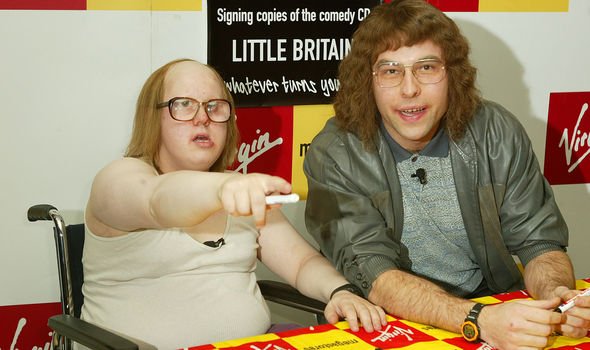 Despite any problems in their past, the pair appears to have made up now.

The former comedy duo were seen together at the funeral of their mutual friend Dale Winton on May 22, 2018.

At the time, Sioned Wiliam, commissioning editor for Radio 4 comedy, said: “Matt Lucas and David Walliams are uniquely talented writers and performers as well as one of the UK’s most loved comedy duos.

“It’s a privilege to have them back on Radio 4, where Little Britain first began almost 20 years ago.”

During the excitement of the reunion a source said: “It’s all very quiet, and very recent, but Matt and David have started speaking again.

“They’ve made up, which is amazing and what’s even better is that they are in serious discussions to work together next year.

“Both realise they missed one another a lot and realise how much joy they can bring themselves and the general public by making a comeback.

“Come Fly With Me is seeming the best option at the moment.”