Debbie McGee took to social media this week to reply to a Paul Daniels fan. The magician’s assistant thanked the Twitter user for sharing his sweet and amusing story about meeting his hero.

The fan spoke about his introduction into magic and posted a picture of his first ever magic set online, which, of course, was a Paul Daniels That’s Magic set.

The kit featured 150 easy to perform professional tricks and had a picture of Paul and Debbie on the box.

A delighted Debbie shared the post with her 43,300 followers and thanked the social media user for sharing it.

Alongside the picture, they tweeted: “My first ever magic set. 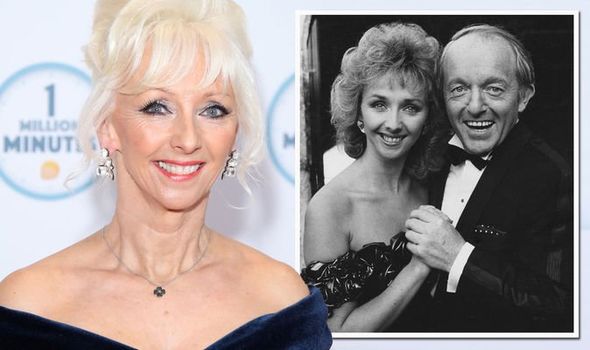 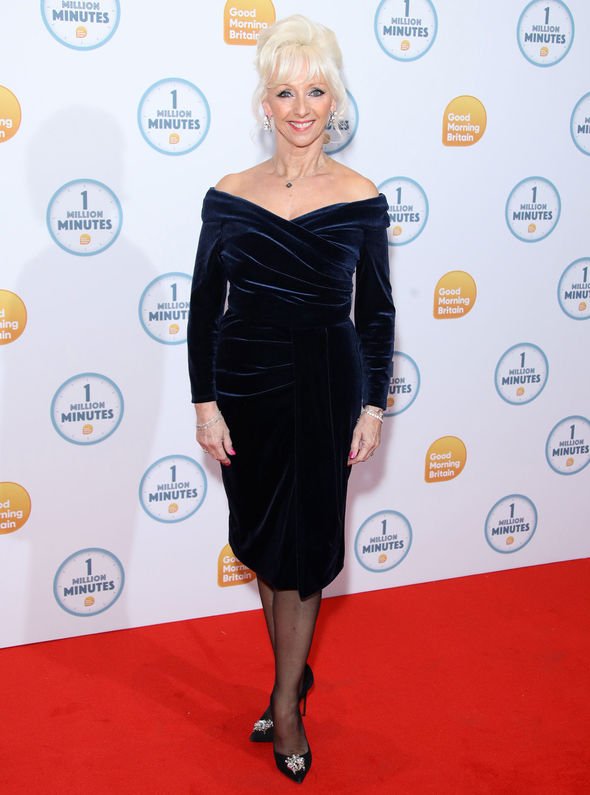 “Still to this day Paul Daniels is my hero and inspiration, his knowledge of magic was incredible. He really was ahead of the game.

“I remember when I met him I told him I had one of his magic sets and he said ‘I’m not giving you your money back’ haha.”

“How lovely Thank you,” Debbie replied. 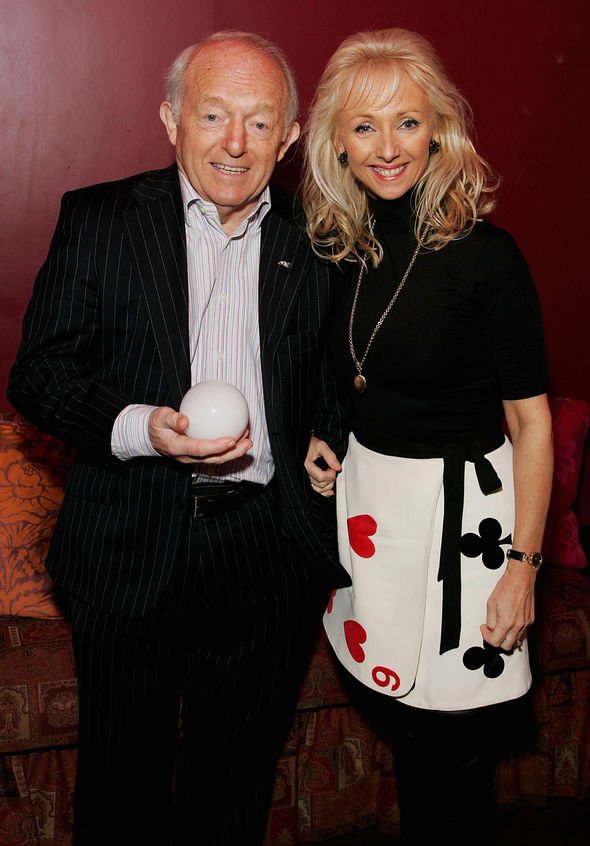 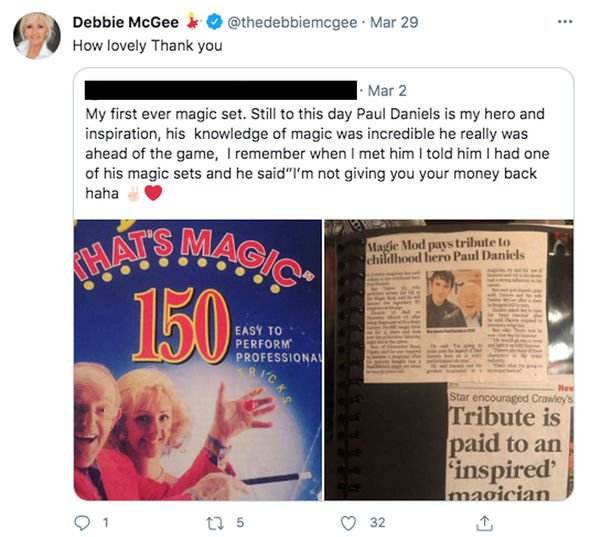 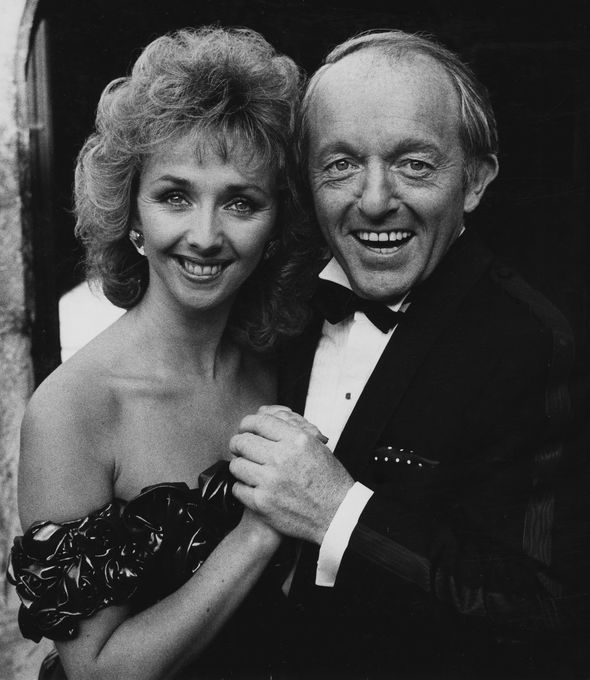 Debbie and Paul were married for 28 years until his death in 2016.

Earlier this month, the former Strictly star marked the five year anniversary of his death.

He died a month after being diagnosed with a brain tumour.

Just this week, Debbie recalled the only time she had to use a code word when a live magic trick went wrong.

She spoke about the on-stage moment during an appearance on The Six O’Clock Show.

“One week the illusion we were meant to be doing wasn’t finished in time, so they bought in a stock trick from America.

“And Paul never used anything just as it was, so he decided that instead of just doing this illusion where he put a square tube through me, and then a circle and triangle – I went in a box, and he put them through me – that he would put a lit torch through.”

Debbie went on to explain that it all worked perfectly well in rehearsal, but not so well when it came to doing it for real.

“But on the night, with a live audience – I am in a very small space and very uncomfortable – part of the torch dripped into the box.

“It didn’t set it on fire, but the interior was plastic so the toxic fumes and smoke started.”

The 62-year-old said that she called out the code word “Mrs Robinson,” but the live orchestra was so loud that her husband couldn’t hear her.

Thankfully, all was fine and they completed the trick, however Debbie was left coughing and spluttering when the curtain went down.