Demi Lovato is not here for critics of her new politically charged anthem, “Commander in Chief.” The bold song, which she dropped Wednesday morning ahead of her 2020 Billboard Music Awards performance, takes direct aim at President Donald Trump.

Shortly after the song’s release, Lovato took to her Instagram Story to call out many commenters who were complaining about her decision to directly address President Trump. She shared one such comment, covering up the name, in which the person, wrote, “I am personally ashamed to be a Lovatic right now,” and added that they hoped the song wouldn’t “ruin” the pop star’s career.

She then shared her own lengthy response.

“You do understand as a celebrity, I have a right to political views as well? Or did you forget that we aren’t just around to entertain people for our entire lives,” she began. “That we are citizens of the same country and we are humans with opinions as well?”

She went on to add, “I literally don’t care if this ruins my career. This isn’t about that. My career isn’t about that. I made a piece of art that stands for something I believe in. And I’m putting it out even at the risk of losing fans. I’ll take integrity in my work over sales any day.”

The former Disney star concluded by noting that she’s not sad that she upset this particular fan.

“I’m too busy being bummed that you expect me, a queer, Hispanic woman, to silence my views, beliefs in order to please my audience. i.e. your family,” she wrote.

“This song isn’t about division,” she added. “This is about finding answers from our sitting president. So please, debate, and talk about voting. That’s what this is all about.” 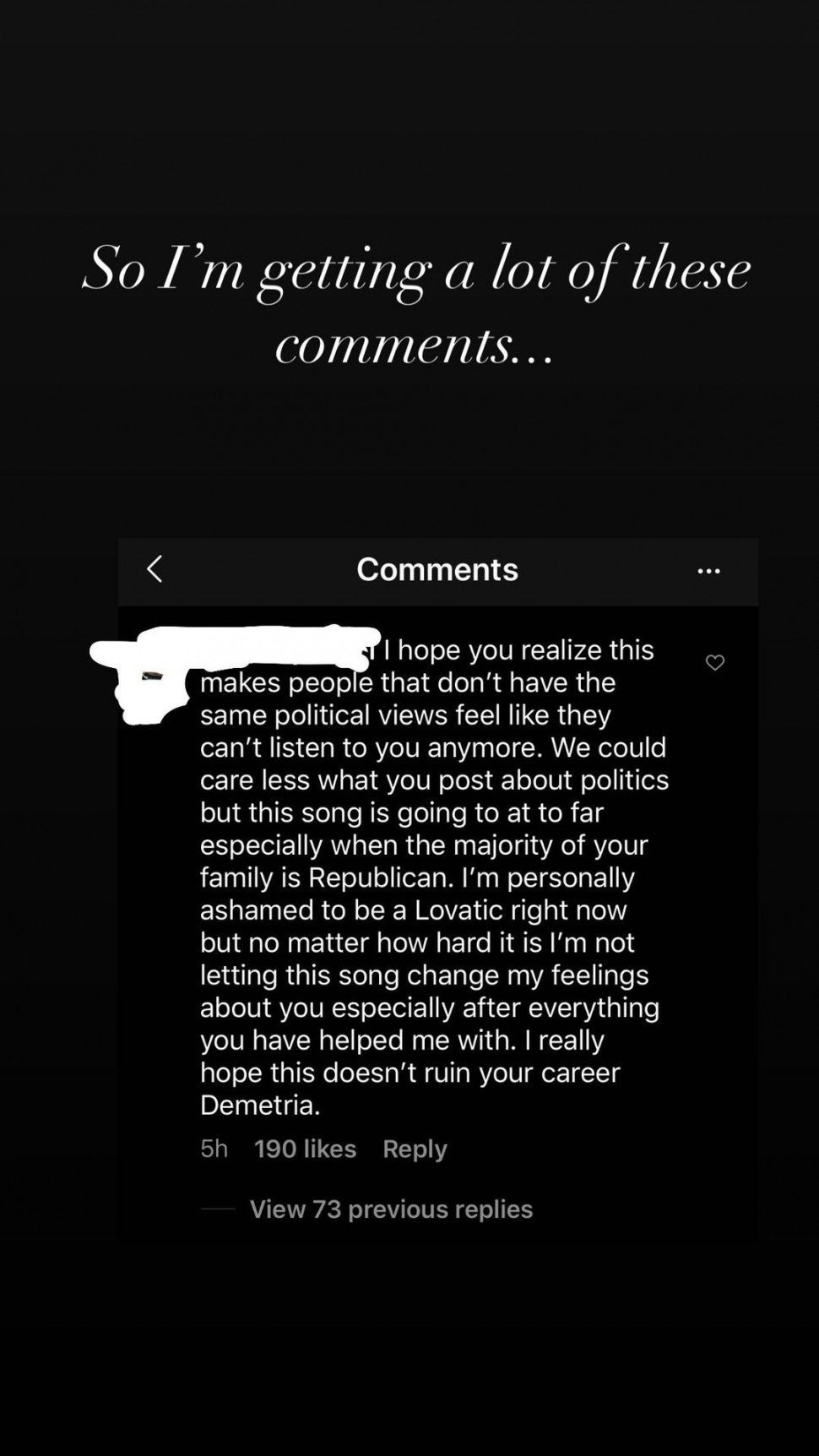 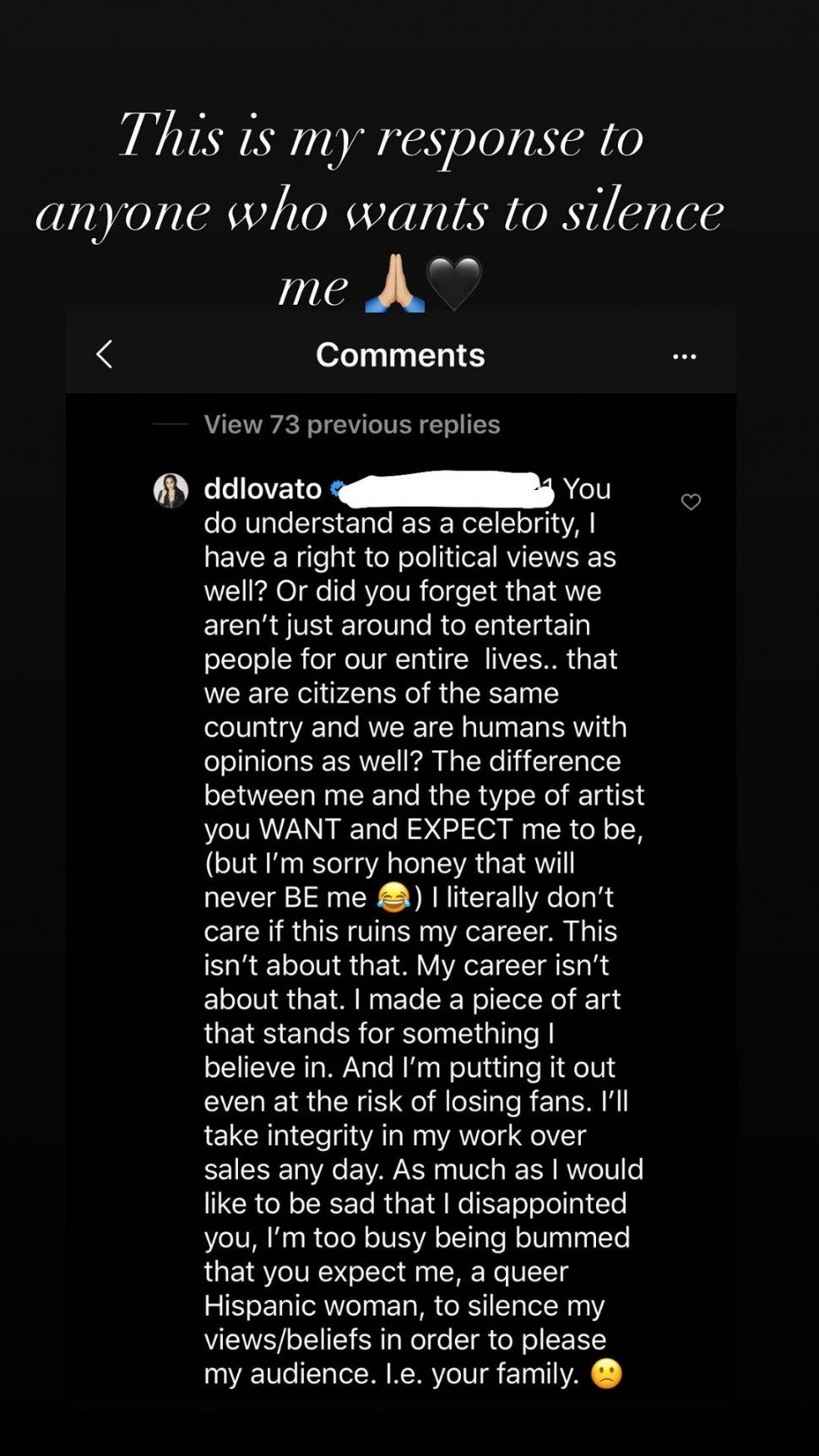 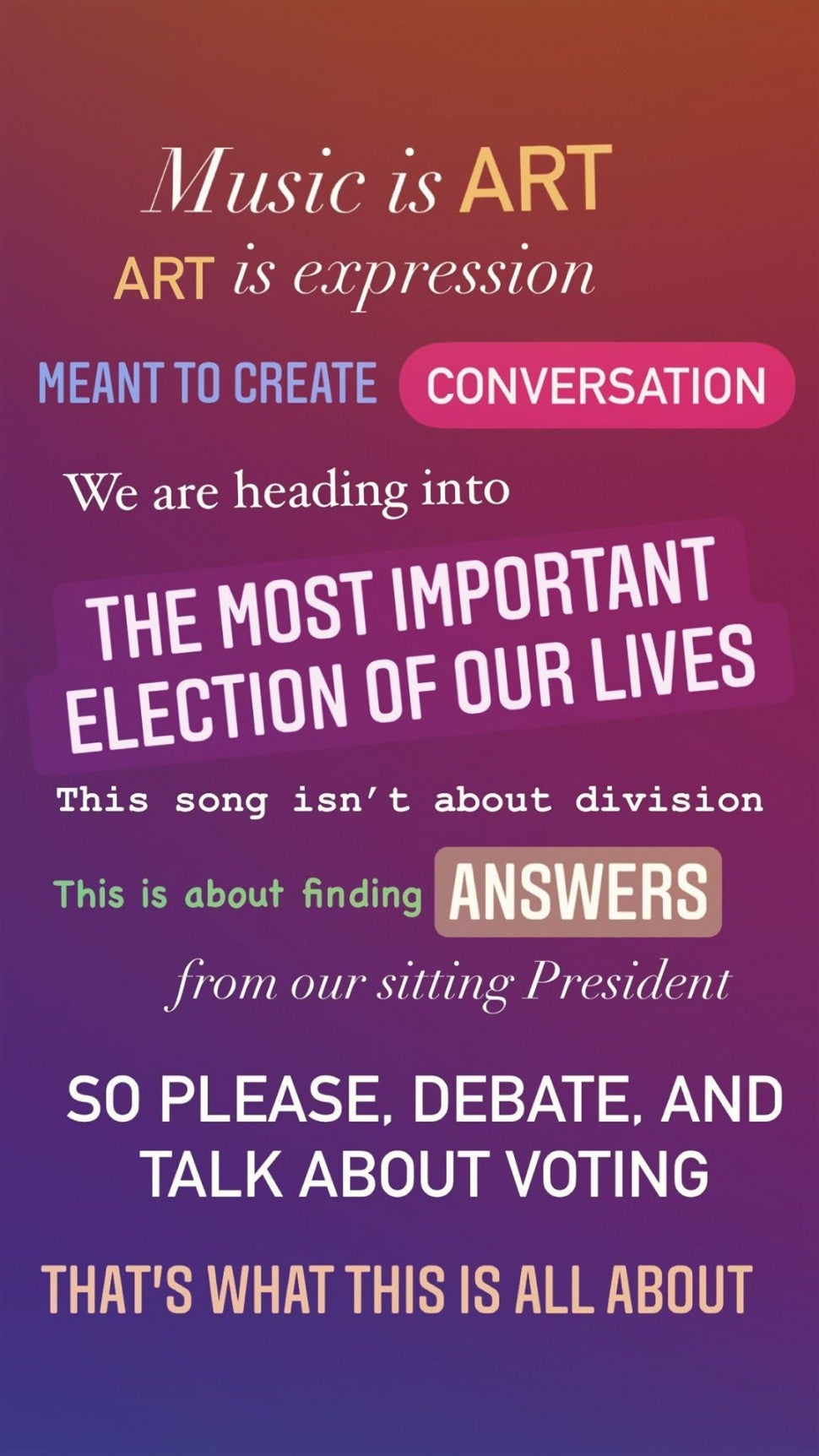 In addition to the song title, “Commander in Chief” directly references the current administration and how issues of racial injustice and the COVID-19 pandemic have been handled.

“Commander in Chief, honestly / If I did the things you do, I couldn’t sleep / Seriously, do you even know the truth? / We’re in a state of crisis, people are dying while you line your pockets deep / Commander in Chief how does it feel to still be able to breathe?” the lyrics read.

Lovato will perform the new song for the first time at Wednesday’s Billboard Music Awards. She also announced her plans to drop the music video shortly after.

She previously told CNN she’s not afraid of President Trump attacking her on Twitter.

“Bring it on,” Lovato said. “Prove to them you’re exactly who I said you are in the song. Just do it, go for it.”