Diane Kruger and Norman Reedus are engaged! The duo have been together for five years and share one daughter together.

Diane Kruger and Norman Reedus are engaged! A source confirmed the news to PEOPLE on Thursday, Aug. 26. The duo, who met on set of the 2015 drama film Sky, have been dating since 2016. Diane, 45, and Norman, 52, share one daughter, 2, together, whom they welcomed in 2018. HollywoodLife has reached out to the couple’s reps for comment, and will update this accordingly when we hear back. 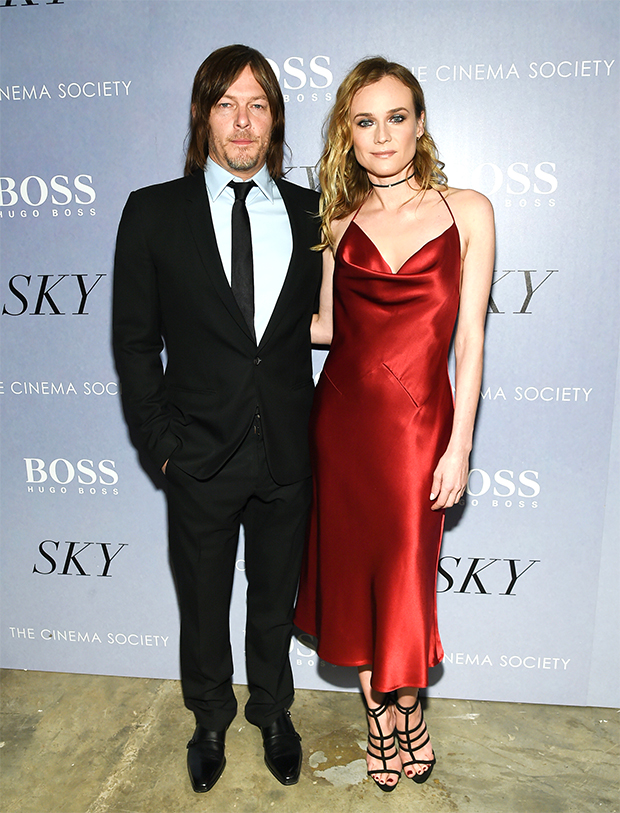 The nuptials will mark Diane’s second marriage and Norman’s first. The actress was previously married to French actor and director Guillaume Canet between 2001 and 2006. Norman previously dated model Helena Christensen, whom he shares son Mingus Lucien, 21, with. Both Diane and Norman are notorious for being private about their relationship and their daughter, whose name is unknown.

While the couple will very occasionally share snapshots of their daughter on social media, they are conscious about never sharing photos of her face. In July, Norman — who rose to fame for his role as Daryl Dixon in the AMC series The Walking Dead — shared a sweet snapshot of his daughter on his shoulders as the family of three strolled through the city.

In an interview with PEOPLE in April 2019, Diane revealed why she and Norman have not publicly disclosed their daughter’s name. “Well first and above all, it’s safety. We have The Walking Dead empire which has a lot of very intense fandomship that comes with it,” she said. “We had a couple incidences before her arrival that were not so fun to deal with and so my main concern’s her safety.”

“And secondly, she is an innocent, young, vulnerable baby and I think I just don’t understand why America doesn’t have better laws for children,” she added. Diane also offered rare insights about her daughter’s personality. “She’s not really girlie, she’s kind of a dude,” she said. “It’s fun to have a girl, I will say.” Diane added that Norman’s son Mingus has taken to being a big brother: “He’s great! You know 19 years is a big gap so he’s really like stepping up to be this protective big brother.”