Former ‘Rocky’ star Dolph Lundgren and his fiance Emma Krokdal looked sporty when they were spotted going for a hike in black and white activewear.

Dolph Lundgren, 63, and Emma Krokdal, 24, were making the most of the summer weather when they were seen going for a hike, almost one year after they got engaged in Sweden. The former action movie action star and his personal trainer fiance were seen hiking together at Coldwater Canyon Park in Los Angeles on June 8, just days shy of the one year anniversary of Dolph popping the question. In the pics, he wore a white graphic tee, dark shorts, black sneakers and a grey cap. 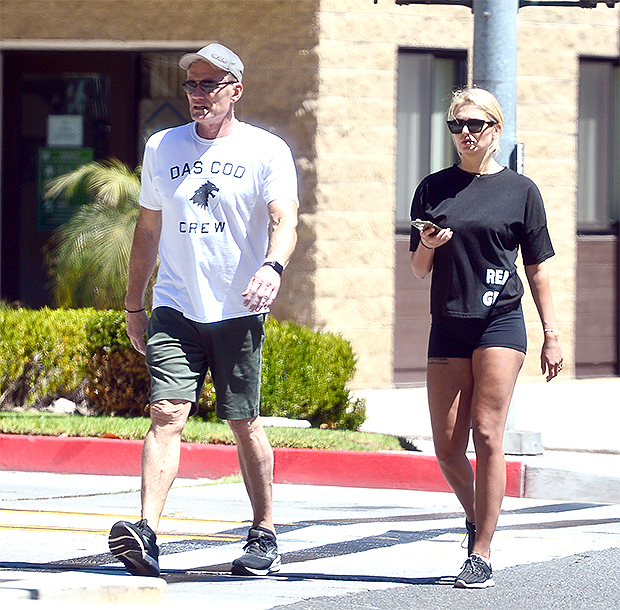 Meanwhile, Emma cut an equally casual figure in a black top and black bike shorts, along with sneakers and dark shades, as she slicked her bright blonde tresses back into a ponytail. The former Creed II star was seen with Emma just days earlier, as the couple ran some errands together in Los Angeles on June 3. They both rocked similar athletic-inspired fits, with Dolph opting for a black tee, knee-length white shorts and matching white trainers. Meanwhile Emma rocked a semi-sheer black top over a white bra, along with light wash denim daisy duke shorts and white sneakers. It seems the old saying was right, that couples eventually start to dress alike.

The Rocky alum previously opened up about health and fitness in a 2020 interview with Muscle and Health. “They say youth is wasted on the young and whilst that’s not true for everybody – like Emma – it is true for me because I matured very late,” he told the outlet. “I feel very lucky that I have someone like Emma at this age, it’s changed my life and I hope I can give her the kind of help and support that takes a lot of time to discover and amass. I would say that right now I’m the most balanced as an individual I’ve ever been.” 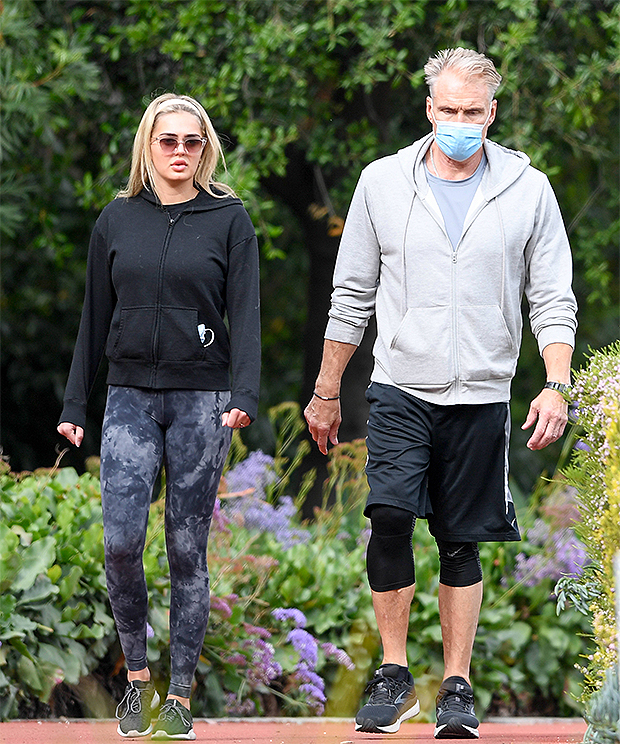 The Sweden native added, “When it comes to training, Emma teaches me stuff I didn’t know because there is a new approach to fitness now that I wasn’t aware of. When I trained with Stallone back in the eighties it was very basic. Emma trains me with the weights which is her speciality and I train her with the boxing. We’re a perfect match.”

Dolph, who first rose to prominence  as boxer Ivan Drago in 1985’s was married to Anette Qviberg from 1994 until 2011, and they have two daughters together. Dolph’s oldest daughter, Ida, is 24 (the same age as his fiancee), and his youngest, Greta, is 19. Dolph was also in a long term relationship with Jenny Sandersson from 2011 until 2017, as well.