The Masked Singer star Donny Osmond, 62, has informed his 200,000 Twitter followers he was involved in a car accident today following a collision with a “semi-truck”. The Puppy Love hitmaker revealed the damage the accident had caused with a snap of his white Tesla, which had been dented and was covered in scratches.

Donny was pictured standing in front of his vehicle with his arms folded in the post, which he also shared with his 197,000 Instagram followers.

Explaining the situation, Donny confirmed “no one was hurt” during the collision.

He wrote: “My @Tesla had a messy encounter with a semi-truck today.

“I’m grateful to report that no one was hurt. #CarAccident.” 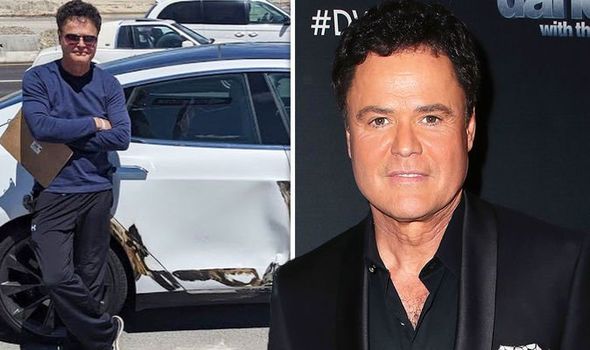 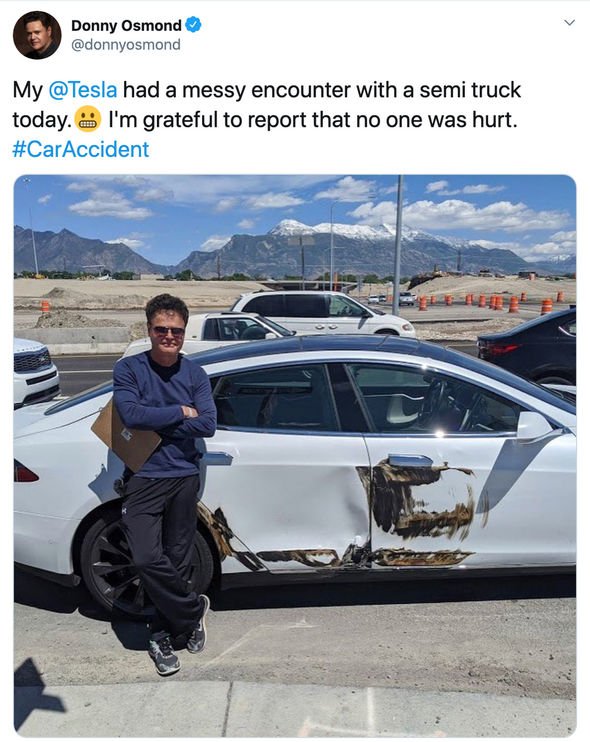 Concerned fans took to the comments section of the singer’s post to share their thoughts on the unfortunate incident.

One person wrote: “Glad you are all right! It’s a shame it happened but cars can be fixed. Humans can’t always be fixed that well.” 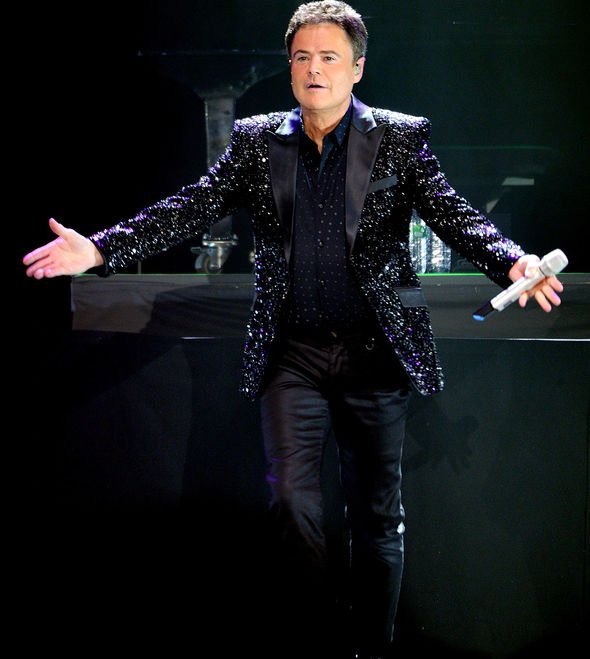 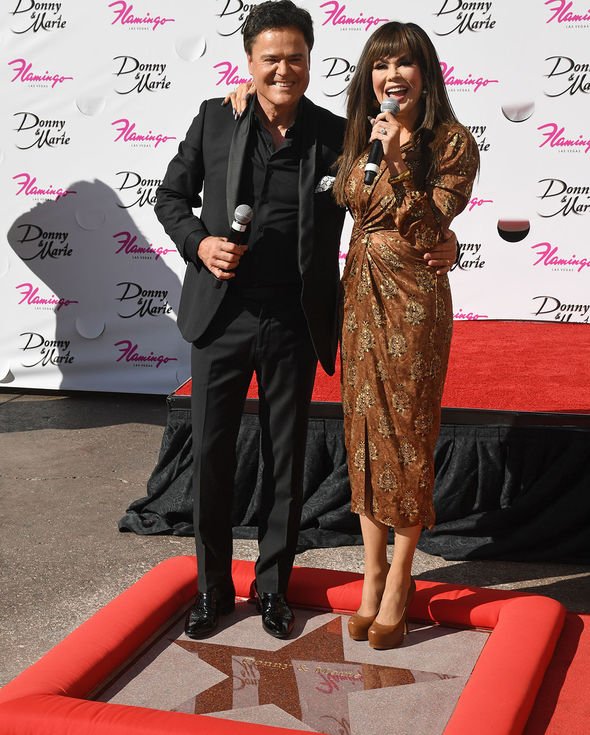 A fourth person replied: “Wow! So glad no one was hurt except your car.”

Elsewhere, Donny encountered another issue after noticing a fake VIP fan club was asking for “large sums of money for membership” from his fans.

The Osmonds performer issued a warning to his followers about the scam back in March and urged them to stay “safe”.

DON’T MISS:
Iain Lee admits he has ‘no idea’ why he was axed from talkRADIO [COMMENT]
Alex Jones: The One Show host suffers blunder just before going on air [VIDEO]
Eamonn Holmes’ wife Ruth Langsford reveals he is ‘still recovering’ [HEALTH UPDATE]

The singer went on to say: “The scam fan club is collecting large sums of money for membership.”

He continued: “Please be careful, and do NOT send money to anyone claiming to be me.”

Donny also thanked his fans for flagging suspicious social media accounts to him and his team.

He added: “Thank you for your help in making me aware of these fake accounts pretending to be me, please report them.”

The pop star, who was the runner-up on the first series of The Masked Singer in the US, advised his fans to keep their families safe by being aware of the blue ticks indicating verified accounts.

The Soldier of Love singer signed off: “I do not have private accounts on any social media platform.

“Please keep yourselves and your family safe.”