Rock ‘n’ roll history might have been different if Doors drummer John Densmore had better teeth when he was growing up.

The now 76-year-old member of one of rock’s greatest bands says he took up the drums while in high school, at the suggestion of a music teacher, because the braces he wore on his teeth prevented him from playing the clarinet or trombone.

"I owe my drumming career to my orthodontist," Densmore quips in an article published Tuesday in The Wall Street Journal.

The Los Angeles native tells of taking an early interest in music while listening to his parents’ record albums and later taking piano lessons at age 8. 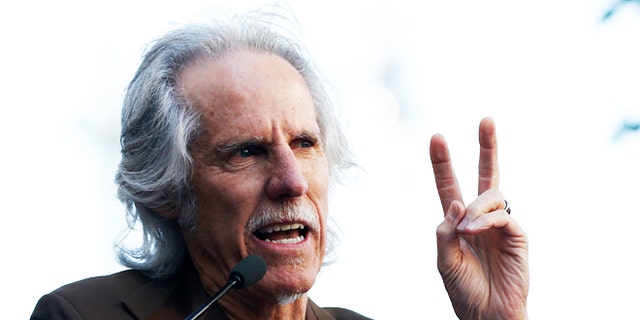 After the advice from his teacher, Densmore got his first drum kit at age 14 and played the snare drum in his school’s marching band.

In college he appeared on TV as his school’s band won a Rose Bowl contest in 1964.

The following year he reconnected with a high school pal named Robby Krieger who played guitar and they formed a band. Later that same year they met keyboardist Ray Manzarek and singer Jim Morrison – and the rest was history. 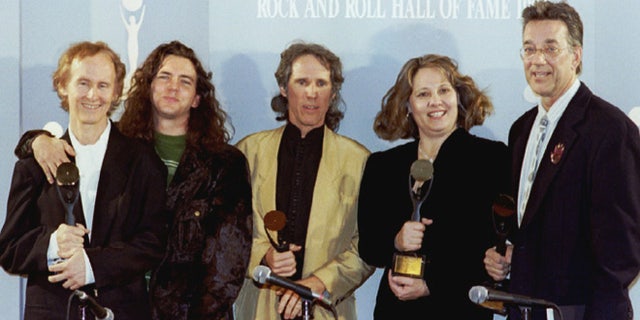 Members of The Doors pose after being inducted in the Rock ‘n’ Roll Hall of Fame. From left are guitarist Robby Krieger, Pearl Jam’s Eddie Vedder (who presented the award), drummer John Densmore, Anne Cheuring (sister of the late Jim Morrison) and keyboardist Ray Manzarek.

It all came crashing down for The Doors in 1971 when Morrison died in Paris at age 27.

In later years, Manzarek and Krieger toured with a revived version of The Doors until Manzarek died in 2013 at age 74.

These days, Densmore says, he lives in Santa Monica near the ocean and rents another house to a friend.

In that other house he keeps the dining room set from his late parents’ home, where members of The Doors once sat when they came over for dinner.

Densmore told the Journal's Marc Myers that he tells his friend to be careful about sitting in one particular chair.