An elementary school principal went full 19th-century headmaster on a 6-year-old student — paddling her a few times … all while the mom recorded it.

This is coming out of Clewiston, FL … where Central Elementary School Principal Melissa Carter and her clerk, Cecilia Self, were captured on video bending a little girl over and giving her a few whacks with an old-school paddle … all in front of the kid’s mom, who filmed it.

The student’s mother says she was called to the school recently, with a claim that her daughter had damaged a school computer … with a repair cost of nothing more than $50.

The mom says she was told by the school that her kid would be getting paddled as punishment, with her and a “deputy” present … but says she didn’t understand the process as it was being explained to her, as she doesn’t speak much English.

Anyway, when the mom showed up to pay the fee and get her daughter … she says she was led to a room where Carter and Self were present, along with her child. No law enforcement deputy was in sight. Before she knew it, Carter was meating out a beating.

The mom, who hasn’t been ID’d for privacy, insists she didn’t step in because she felt she would get in trouble … and figured the only thing she could do was to document it to expose the abuse. So, that’s what she did … secretly filming the encounter and standing by. 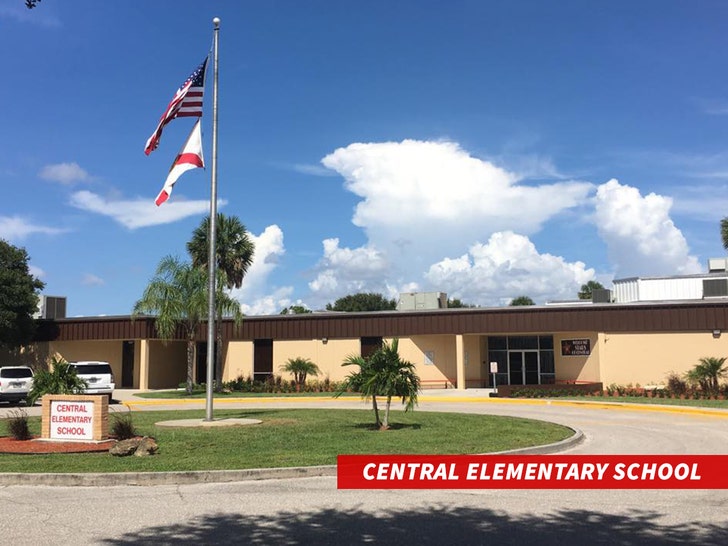 The mom justifies her action — or a lack thereof — by saying she felt she needed to “sacrifice” her daughter to blow the lid on what was going on there.

In any case, there are a number of investigations underway over this … a criminal one at the hands of Clewiston PD, a social one by the Dept. of Children and Families and, of course, one by the district itself, Hendry County … which does NOT allow corporal punishment.