Emily Ratajkowski is opening up like never before in her new book My Body.

You’ve probably already heard her story of Robin Thicke groping her on the set of Blurred Lines, his hit music video that first put her name — and body — on the minds of millions.

But according to the Gone Girl actress, she was facing inappropriate sexual overtures from men long before Paula Patton‘s soon-to-be ex was singing “you know you want it” on the radio every hour.

In an excerpt from her book of essays in the New York Post, Emily explains that her mother Kathy was also a great beauty and fond of telling her about it. It was made clear to her from childhood how much it meant to them that she was pretty:

“I tried to gauge where my parents thought I belonged in the world of beauties. It seemed important to them both, especially to my mother, that their daughter be perceived as beautiful.”

The focus, she writes, even pushed her to pray that she would become the “most beautiful”:

“Beauty was a way for me to be special. When I was special, I felt my parents’ love for me the most.”

Her memories of that time actually get a little disturbing.

She remembers her mother getting excited about how her 12-year-old daughter was already starting to attract sexual interest; Kathy, she writes, would tell her about men they passed on the street:

“I’ll never forget the look on his face as you walked past him! He stopped dead in his tracks and his mouth fell open!” 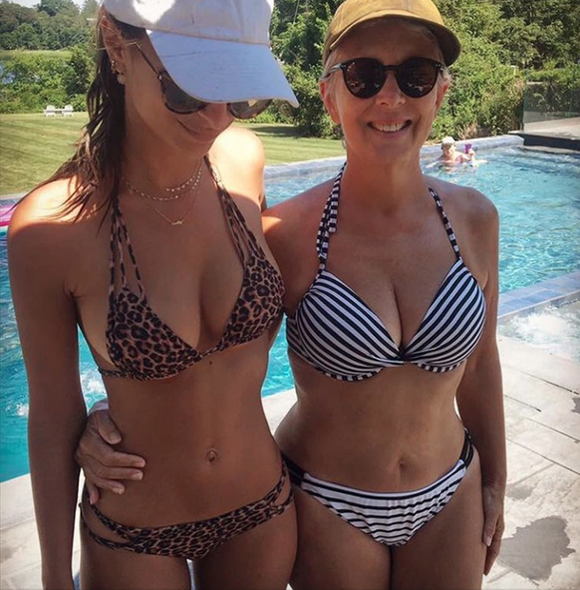 EmRata remembers being 13 and her older cousin being very concerned about leaving her alone with a male friend for more than a moment. When she was still in middle school, she says, a teacher actually snapped her bra. Gross. She was becoming less innocent, whether she wanted to or not:

“I was a child, but somehow already an expert in detecting male desire, even if I didn’t completely understand what to make of it”

But with her parents so into the idea of her looks, clearly getting a very young Emily into modeling was a foregone conclusion — even before an agent first approached her when she was way too young to understand what he even wanted. As she recalls it, she was not even yet a teenager when he asked her about taking headshots while she was standing in line at the grocery store. She remembers crying later because she thought “headshots” referred to “needles in the head.” OMG how young was she??

When she did eventually begin modeling at 14, the sexualization came quickly. She once heard a casting agent early on saying about her expression in close-ups:

“Now this is the look. This is how we know this girl gets f**ked!”

Not a compliment anyway, but definitely not for a teen as young as she was. She writes:

“My face felt hot. Was this something to be proud of?”

Her mother apparently thought so. 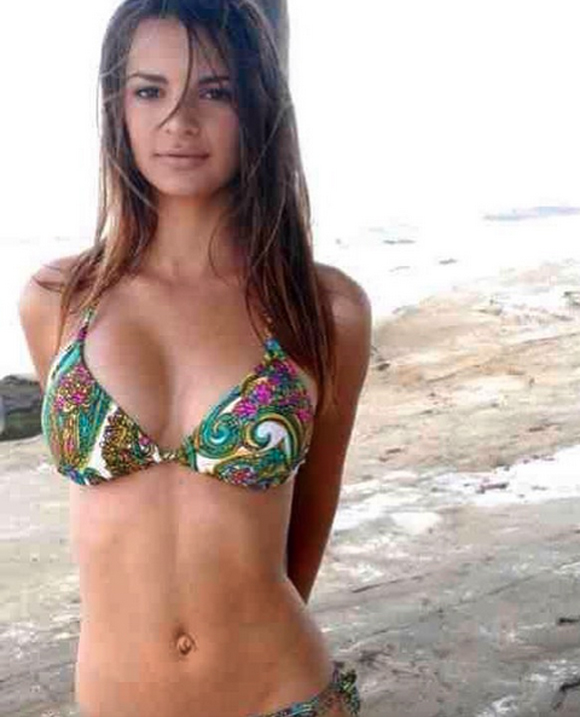 Her parents encouraged her to continue modeling, and she found more success than most. Music videos, magazine covers, eventually movies… She became a sex symbol, something she thought was empowering at first.

However, she writes, she came to realize as men would take whatever they wanted from her without consequence, she didn’t really have power over men the way she thought — they had power over her. She explains:

“It had never occurred to me that the women who gained their power from beauty were indebted to the men whose desire granted them that power in the first place. Those men were the ones in control, not the women the world fawned over… Facing the reality of the dynamics at play would have meant admitting how limited my power really was — how limited any woman’s power is when she survives and even succeeds in the world as a thing to be looked at.”

Keeping her eyes open to transgressions the past few years has changed her perspective on the importance of beauty:

“I was forced to face some ugly truths about what I understood as important, what I thought love was, what I believed made me special, and to confront the reality of my relationship with my body.”

What conclusions did the 30-year-old, who is a mom herself now, come to? You’ll just have to keep an eye on how Emily sells herself in the future. And maybe read her book, which is set to hit bookstore shelves on November 9.