Too Close: Emily Watson stars in gripping trailer for drama

Over four decades, from her Oscar-nominated performance as tragic cellist Jacqueline du Pré in the film Hilary And Jackie, to serial killer Fred West’s social worker in the TV series Appropriate Adult – for which she won a Bafta – the star has favoured strong, complex females in pared back productions. So she leapt at the opportunity to work with Line Of Duty director Sue Tully in the new three-part thriller. In Too Close, Emily plays Dr Emma Robertson who develops an intense relationship with patient Connie Mortensen (Denise Gough) a woman accused of a “heinous” crime she claims she can’t remember.

Usually adept at dealing with mentally unstable, dangerous people, Emma soon finds her own insecurities being exposed – to the point where the viewer isn’t sure who is psycho-analysing who or where their sympathies lie.

“It was a juicy subject to get into and to talk through the layers and layers,” says Emily. “It’s fascinating because this is the absolute bread and butter of what acting is. It’s taking a character’s layers and unpicking and unpeeling them.”

In fact, she says the chance to go so deep is at the heart of why she became an actress.

“The longer interview scenes [with Denise] are a joy,” she says. “It’s all down to you and it’s all in your face and all in your expression. It was a fantastic workout for both of us. It was really like we were down the gym. We were sweating! It was really fun.”

She has plenty of experience of blockbuster movies with large ensemble casts – Gosford Park, for example – but freely admits that she doesn’t particularly enjoy working on them.

“When you do a big set piece, you’re twiddling your thumbs and giving yourself over to somebody else’s vision,” she says. 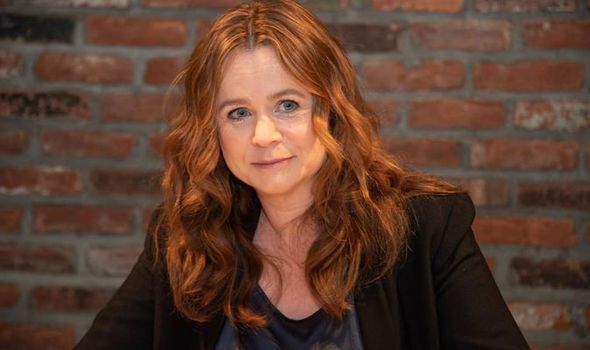 Emily, 54, captivated viewers and was nominated for a raft of awards for her performance as a Soviet physicist caught between the power of the State and the scientific pursuit of truth in Chernobyl, the 2019 TV miniseries about the nuclear disaster.

Two years earlier, she received an Emmy nod for playing a married career woman caught up in a disastrous love affair in the TV drama Apple Tree Yard.

But she says she likes the certainty she finds in tough, emotional roles. “I find when it’s very, very emotionally strong stuff that it’s kind of a relief because you can really tell whether you’re getting it right or not because it either feels real or it doesn’t,” she says.

“If you’re faking it, it’s the worst feeling in the world. But if you really land in it, it just happens by itself. To me, comedy – or something light – is much scarier because it doesn’t have that certainty. It’s much more delicate.”

With such a track record, it’s hard to believe now that Emily failed to get into drama school when she first applied. But, after three years of working in clerical and waitressing jobs, she joined Drama Studio London.

In 1992, she landed a job at the Royal Shakespeare Company where she met her husband, actor Jack Waters, with whom she has two children, Juliet, 15, and Dylan, 11. 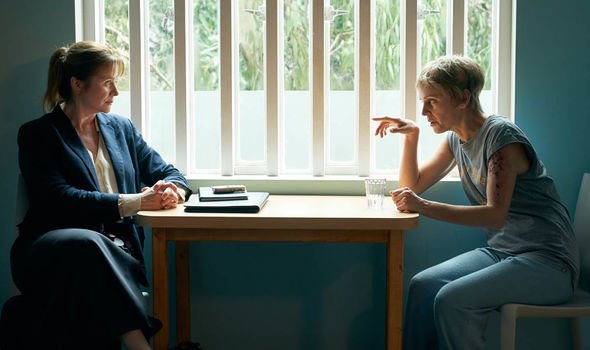 A born and bred Londoner – she currently lives in Greenwich – her father, Richard, was an architect, and her mother, Katharine, an English teacher at a girls’ school.

She was educated at St James School in West London, which was founded by a group of parents who were students of philosophy in the School of Economic Science, offering “a rigorous education steeped in the classical tradition”.

Emily has said she witnessed “incidents of extreme cruelty” while she was there.

After university, she remained a member of the School of Economic Science until 1996 when, at 29, she landed a part in the sexually explicit Lars von Trier film Breaking The Waves and was expelled.

“It was a system where you were supposed to think a certain way and weren’t really allowed to think any other way,” she said.

As for the controversial drama itself (her character was told to sleep with other men by her paralysed husband), it changed her life.

“It set my life on a path in away that was unbidden. It was fantastic and amazing and wonderful and extraordinary and life-changing but I didn’t know that it was going to do that. And I’m incredibly grateful to it.”

She went on to play Daniel Day-Lewis’s long suffering love interest in the 1997 movie The Boxer and won critical acclaim as the hardworking mother and wife of a drunken husband in depression-era Ireland in 1999’s Angela’s Ashes.

Her status as a leading actress in major Hollywood productions was cemented with roles in 2002’s Red Dragon, the third instalment of Thomas Harris’s Hannibal Lecter series; the futuristic Equilibrium (2002); and, most notably, in Paul Thomas Anderson’s Punch-Drunk Love playing opposite Adam Sandler.

Film director Jean-Pierre Jeunet wrote the character of Amélie – in the eponymous film that made a star of Audrey Tautou – for Emily but she eventually turned down the role because of the difficulties of speaking French and a desire not to be away from her children.

She was surprised, she admits, by her most recent success, Chernobyl.

“When we shot that nobody had the first idea of what it was going to be,” says Emily who was appointed OBE in 2015.

“But it was a sort of cultural phenomenon. It did build and build because there was so much chatter about it. People were really not just talking about the programme, but researching the event itself and really educating themselves about what had happened and that really began to build it, which was very interesting to observe.”

Like Chernobyl, many TV dramas employ a cliffhanger moment designed to keep people hooked until the following week’s instalment. 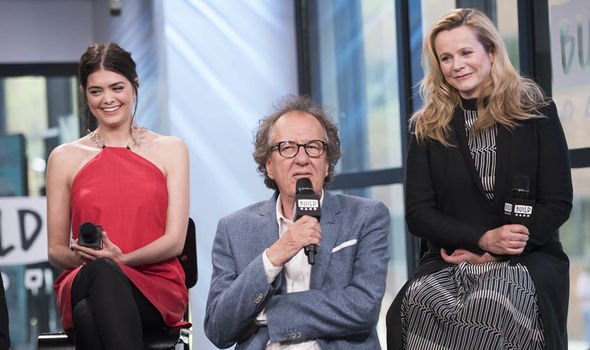 But Too Close will air over three consecutive nights. “There’s a sort of formula to an episode if you watch them all together, you start to see people’s tricks, and you start to see the set and the structure.

“Personally, I think the old-fashioned gap of a week is a good thing in my opinion,” says Emily.

This line-up, says Emily, has made a fundamental difference to the series.

“I have been reflecting on how different this story would be had my character been a man and it would have gone down a much more, possibly conventional, route,” admits Emily.

“The two women are able to reflect each other’s experience. Being a creative person, it is your job to reflect what you see, and that’s right there in the heart of this. If it had been a man and a woman, it just would have been a different thing. The conventional chemistry of most dramas is a man and a woman.”

Filming amidst Covid restrictions presented huge challenges but the smaller cast made the process easier and everyone remained virus-free.

“There were so many protocols and we had the Covid police on site,” jokes Emily.

“We had everywhere ventilated and everybody – except the actors – had to be in masks.

Everybody was tested every few days. So the sort of rules of defence against Covid on the set meant it was a very high threshold for anything to get in. We were lucky.”

Too Close airs on ITV1 on Monday April 12 at 9pm