Old flames reunited! Nick Viall and Andi Dorfman met up for a run in Santa Monica just three months after the former Bachelorette joked about texting her exes in quarantine.

A fan spotted the pair jogging at the beach on Wednesday, June 17. Later that day, Dorfman, 32, shared a selfie from the beach via Instagram but Viall, 39, was notably absent.

THIS JUST IN. Nick Vial and Andi Dorfman Running Together in Santa Monica!!! Shooketh #bachelornation never sleeps. If 2020 wasn’t weird enough! Check out her insta story! Same outfit, but left out Nick. Hmmm🤔 …nick also revealed today that he’s dating someone, check my story for the screen record. Double hmmmmm 🤔

“Andi and Nick are friends, they’ve been friends for a while now,” a source exclusively tells Us Weekly.

The outing comes two days after the Bachelor alum revealed on the Tuesday, June 16, episode of his “Viall Files” podcast that he’s dating someone. 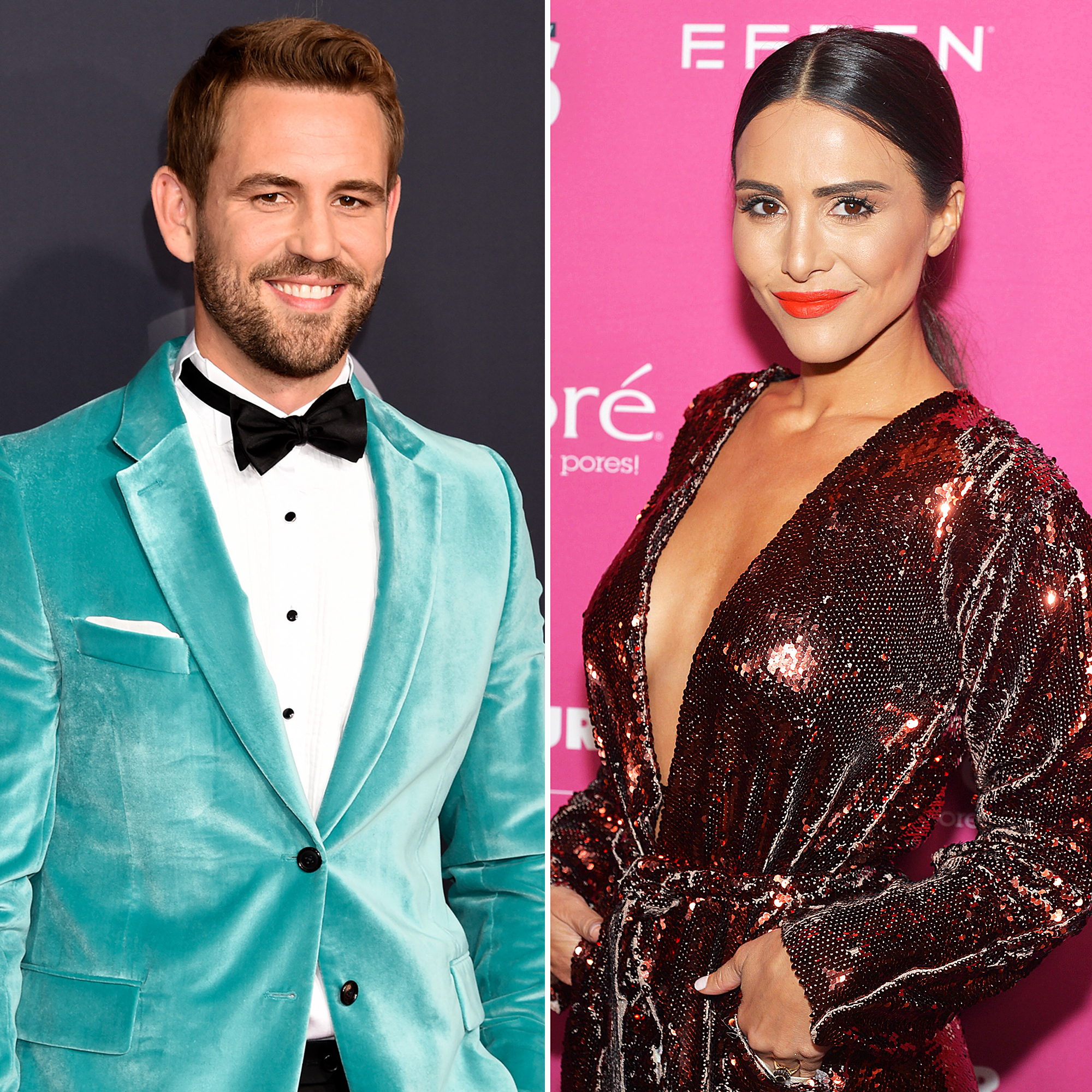 Dorfman, for her part, embarked on a major milestone when she moved from New York City to Los Angeles earlier this week. “With a mix of emotions I say, ‘Farewell NYC!’ The time has come to say goodbye and trust the magic of new beginnings,” she captioned a photo of herself at the airport via Instagram on Wednesday.

The former attorney met Viall on season 10 of The Bachelorette in 2014. Dorfman sent the Wisconsin native home and ultimately gave her final rose to Josh Murray, whom she split from in January 2015. Viall joined The Bachelor in 2016 and proposed to contestant Vanessa Grimaldi. The former couple split nine months later.

Despite their dramatic season, Dorfman told Us in 2018 that she and Viall are still on good terms. “Yeah, we’ll like talk here and there, every once in a while,” she said at the time. “You know, like check in with each other. But that’s about it. No [hard feelings].”

Dorfman joked about reaching out to her exes amid the coronavirus quarantine in March. She shared a meme that read, “I’m about two days and/or three martinis away from texting all of my exes,” adding, “Honestly though.”

The Georgia native then shared a screenshot of a blank group text to Viall and Chris Soules, who also competed for her affections on season 10 of The Bachelorette.

Although Dorfman and Viall are now on good terms, the Bachelor in Paradise star revealed in March that he didn’t want ABC to re-air her season of The Bachelorette. During the After the Final Rose special, Viall famously confronted Dorfman about why she had been intimate with him when she wasn’t committed to their relationship.

“Though it would be kind of fascinating given, like, you know, different times right?” Viall said in an interview with Chris Harrison in March. “Five years ago and now we have the windmill, and back then it was like, it probably wouldn’t be that big of a deal now, that’s for sure. But I would rather just ignore Andi’s season altogether. I’m all for playing the Nick Viall marathon. But you have to tell the whole story. You can’t just air Andi’s season and just leave it.”