Home » Celebrities » Gabby Petito Autopsy Results, Cause of Death to Be Announced on Live Stream

Gabby Petito Autopsy Results, Cause of Death to Be Announced on Live Stream 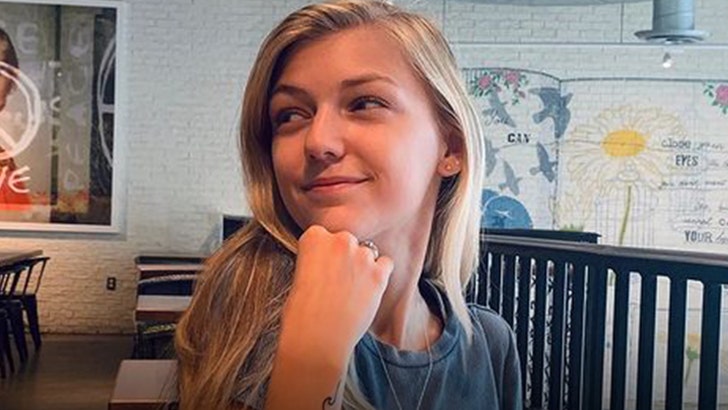 Gabby Petito‘s cause of death is about to be revealed after weeks of waiting on a coroner’s findings — and TMZ is streaming the highly anticipated results live.

The autopsy report is being discussed Tuesday during a press conference and comes several weeks after investigators found her remains at Grand Teton National Park in Wyoming last month.

As you know by now, the coroner ruled her death a homicide.

Now, the last pieces of the puzzle in this tragedy are finally coming together — and may very well back up what her family suspected all along … that she was brutalized, and left out in the wilderness to perish.

Of course, the one answer that remains elusive … who’s responsible, and obviously why? The prime person of interest is Gabby’s fiance, Brian Laundrie, who has gone missing and for whom a manhunt has been launched.

Laundrie remains unaccounted for, despite a handful of alleged sightings in different parts of the country.

There was a suspected sighting nearly 500 miles away from where he was living in North Port, FL — with a man claiming to have spotted somebody on his deer cam who looked like Brian — but cops have said they have no reason to believe, for now, Brian’s in the area.

Most recently a hiker claimed to have seen Brian on the Appalachian Trail … but nothing concrete there either. Dog the Bounty Hunter also joined the nationwide manhunt.

As we reported … Dog’s hitting the pause button on his search — this after injuring himself on the job.

As for Laundrie’s family … they say he went hiking sometime in mid-September, but never returned. This follows an already incredibly suspicious return back to Florida without any trace of Gabby. Her family’s blasted Brian and his family for clamming up on providing answers.

The feds issued an arrest warrant for Laundrie but NOT for Gabby’s death — it was for Use of Unauthorized Access Devices. Prosecutors claimed Laundrie used a Capital One Bank debit card from August 30 to Sept. 1 to purchase stuff totaling at least $1,000.

The feds haven’t said it was Gabby’s card, but that doesn’t seem like much of a leap.

Just a few days later … the FBI visited the Laundrie residence to retrieve some personal items in hopes they might have his DNA on them.

One thing we do know about Gabby and Brian’s recent past is that they had a confrontation in Utah … something that was briefly investigated by a police officer, who recorded one of the final images of her alive, and crying.

And, a witness called 911 shortly before Gabby’s disappearance, telling the dispatcher he saw Brian slap and hit Gabby during an argument.

Now, we’re going to learn what happened to her after that … once and for all.