Former Strictly Come Dancing star Gemma Atkinson, 35, and Gorka Marquez, 29, live at home in Manchester with their nine-month-old daughter Mia. While staying at home during the lockdown pandemic, the radio host has been giving fans a glimpse into her family’s antics.

Are you a nervous wreck everytime she crawls? I am.

Today, she told fans she is a “nervous wreck” as she filmed her daughter crawling, in view of her 1.4 million followers.

Mia was seen sitting up on her own while distracted by something on the floor, away from her playing mat.

Laughing, Gemma then turned to Gorka and asked: “Are you a nervous wreck everytime she crawls? I am.”

Gemma then jokingly asked her daughter to stay on the playing mat, but Mia’s attention was elsewhere. 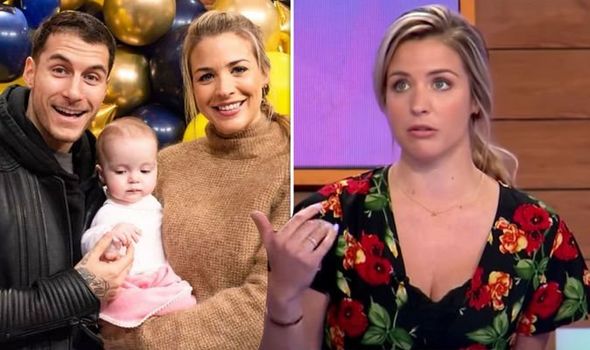 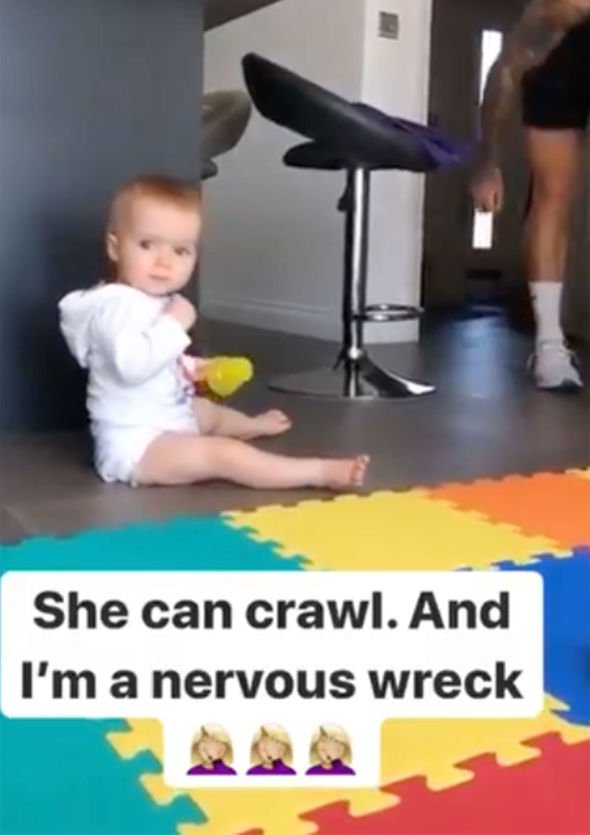 The Strictly star could be heard shouting: “Aye, don’t put that in your mouth, what have you just eaten?”, which prompted Gorka to rush over.

Gemma captioned the post: “She can crawl and I’m a nervous wreck.”

The former Emmerdale star gave birth to the couple’s first baby together back in July after announcing her pregnancy in January last year.

Gemma announced the news of Mia’s birth on Instagram as she reflected on her difficult journey to motherhood. 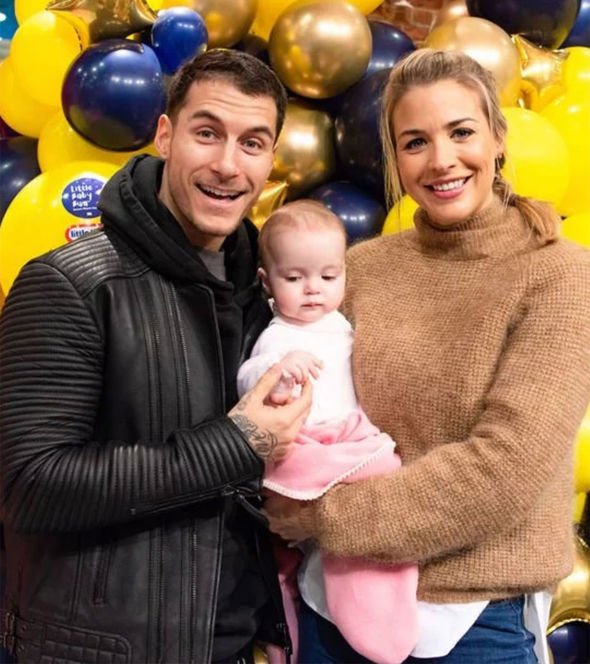 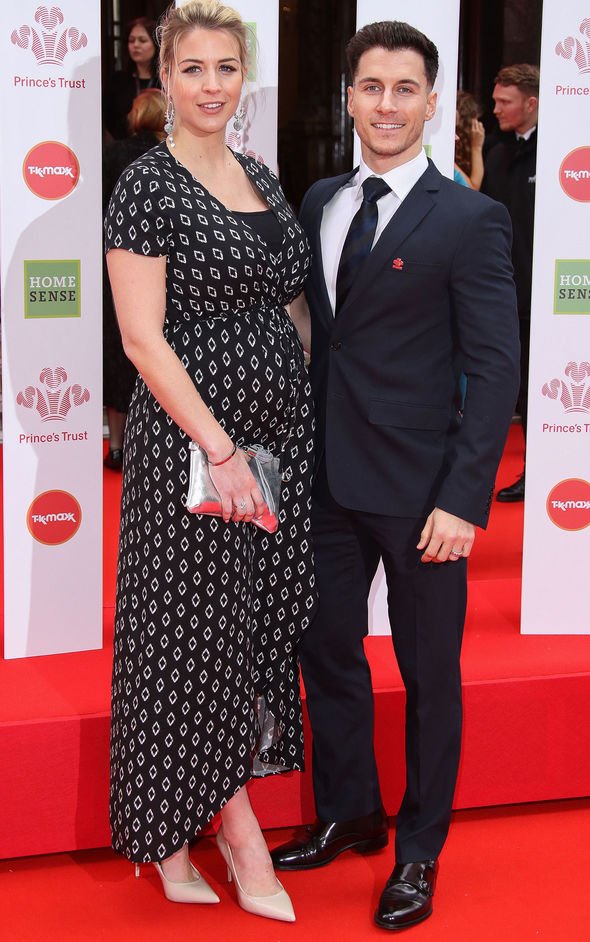 The radio host underwent an emergency C-section due to complications in labour.

She previously told fans: “With every contraction her heart rate dropped.

“On the 3rd one midwife Katie who was taking care of me at the time pressed the panic alarm & within 15 mins I was rushed out, prepped & delivered Mia via an emergency C section.”

Two hours after Mia’s birth, Gemma then suffered a haemorrhage and lost lots of blood.

Recalling the moment, she added: “I don’t remember much other than having around 9 doctors in the room, some injecting me, hooking me to drips, physically pulling clots out of me and one comforting Gorks who was beside himself in the corner.

“I woke in another room with Gorks & my family there, Mia sleeping soundly & a lovely midwife named Di who was checking my notes.

“The trauma was over & thanks to our NHS & incredible hospital staff we were ok.”

Thankfully, Gemma and Mia had no further complications and recovered healthily.

Earlier this year, Gorka told Express.co.uk that the pair are likely to have more babies in the future, but not anytime soon.

He said: “It’s a privilege but not yet, let us enjoy one first.”

On marrying his partner, he added: “Maybe one day, but we are very happy the way we are for now. Why change things?”

The got together after meeting on Strictly Come Dancing in 2017.