Giacomo Gianniotti wife: Who is Andrew DeLuca star married to in real life?

Grey’s Anatomy fans will know Giacomo Gianniotti best as Andrew DeLuca in the hit medical series. However, ahead of the latest series, some fans will want to know more about the star outside of the show, including whether he is married.

Who is Grey’s Anatomy star Giacomo Gianniotti married to in real life?

Fans will remember how DeLuca was first introduced in season 11 of the hit medical drama.

First brought in as a surgical intern, he worked his way up to becoming a resident at the Grey Sloan Memorial Hospital.

However, one storyline viewers have particularly loved of his has been his relationship with Meredith Grey (Ellen Pompeo).

Beginning with a drunken kiss, the pair started dating back in season 15. 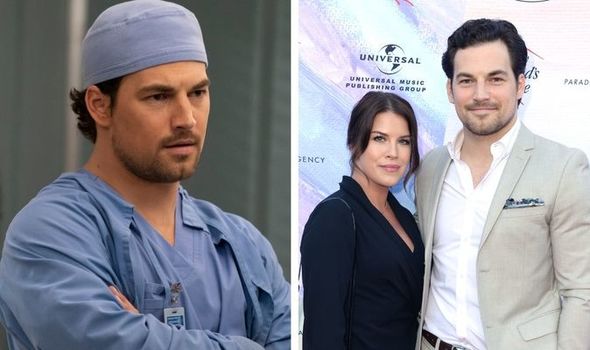 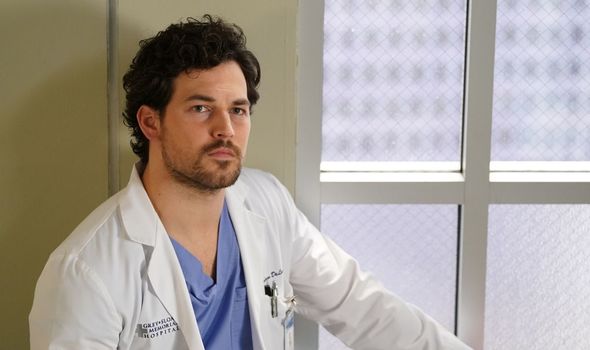 Of course, it has not been smooth sailing for the couple since and DeLuca even took the fall for Meredith’s insurance fraud, landing himself in prison.

They then later split up when DeLuca found her unsupportive about his Bipolar.

However, ahead of season 17, some fans are hoping there might be a reconciliation on the cards for them.

Given his romantic storyline on the series, fans will likely be wondering whether the star has found love in real life at all. 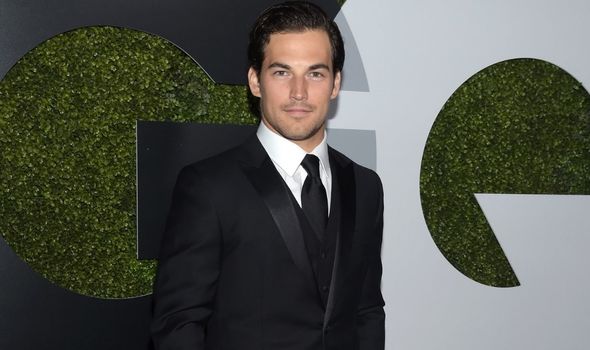 Gianniotti is married to Nichole Gustafson after the pair tied the knot back in April, 2019.

They got married in Rome among family and friends at Villa Pocci, according to People Magazine.

Back in 2018, Gianniotti opened up to ET about how he hadn’t thought about marriage until he met Nichole.

He told the publication: “It’s not something I necessarily dreamed of doing. 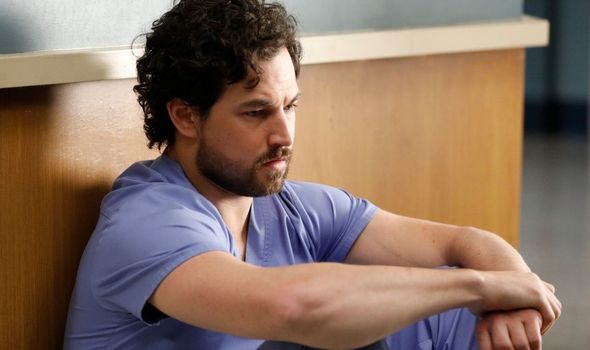 “I wouldn’t consider myself a totally traditional person in the past.

“It was a newer concept that came to us, but when it came around, it felt so right and it fit.

“I think it’s just recognising a similar soul – a soul that feels like yours, “[it’s just] easy.

“When things are easy and don’t have to be complicated, and you feel like you can both chase your own goals, but still be running together, that’s a really exciting thing for me.”

Earlier this year, Gianniotti posted about the anniversary of their marriage on Instagram.

Alongside a wedding photo, he wrote: “Our marriage has had its first trip around the sun!

“Still lovin, laughin’ and dancing in kitchens. Best decision I ever made.

“Sending love to all my friends, family and loved ones who were there last year and have been flooding me with photos and memories from a year ago, what a time, what a party, what a time to be alive.

“Take me back. Advice to all, marry your best friend.”

END_OF_DOCUMENT_TOKEN_TO_BE_REPLACED

END_OF_DOCUMENT_TOKEN_TO_BE_REPLACED
This website uses cookies to improve your user experience and to provide you with advertisements that are relevant to your interests. By continuing to browse the site you are agreeing to our use of cookies.Ok