In a fit of fatherly pride ahead of Gigi Hadid‘s 26th on Friday, Mohamed Hadid took to Instagram to gush about his daughter’s accomplishments.

Framed in a “20 things that you did not know about Gigi” format, it was honestly a very sweet post. The proud poppa mentioned “she was a jr Olympic volleyball contender” and “an Accomplished equestrian” that she “has the highest number of Vogue magazine covers worldwide.” (We think that one is actually Lauren Hutton still, but OK.)

He also made a point of saying the new momma is a “Self Made” woman and that she “never took a single Dollar from her parents.”

Obviously Gigi is one of the most successful models right now, of all time even. Until she took time off to have her baby, she’s consistently been among the highest earners listed by Forbes, making an estimated $9.5 million in 2018 alone.

She’s also fantastic at her job. She makes perfection look effortless, she doesn’t look pouty or haughty, she’s a complete natural. She even stays away from the gaffes so many of her contemporaries make these days (see: Kendall Jenner‘s Pepsi commercial). 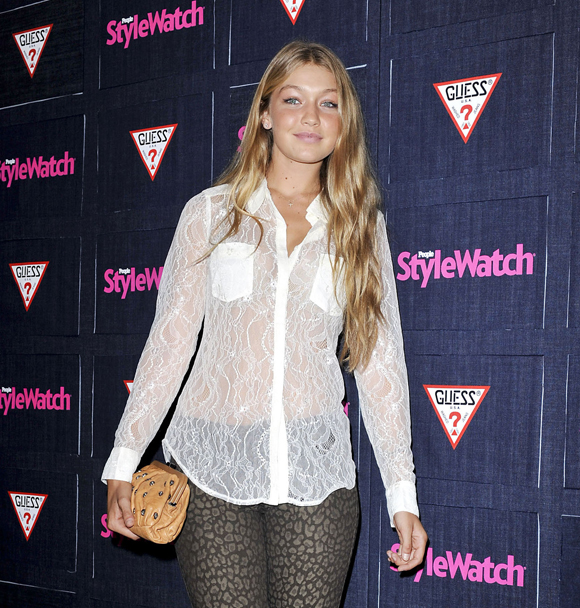 But “self made”?? Sorry, but how does that even make sense? As Mohamed himself mentions in his IG post, Gigi started modeling when she was “Khai’s age.” How are you “self made” as a baby? What is he saying? She pulled herself up by her booties straps? She crawled into the OshKosh offices with a portfolio and a plan??

Little Jelena was actually discovered at just 2 years old by Paul Marciano and started modeling for Baby Guess. But it’s not like that happened out of nowhere. It was because her mother, Yolanda Hadid, was a model, too. They were around fashion designers. That’s a privileged position. Model babies in Minnesota don’t exactly have the same ins.

Speaking of Momma, let’s not forget she was already on our TV screens on Real Housewives of Beverly Hills by the time Gigi really broke out in modeling. Here she is being photographed on the red carpet at just 16 — not because she’s famous, but because her mom is! And stepfather David Foster was a fairly well-known musician as well. 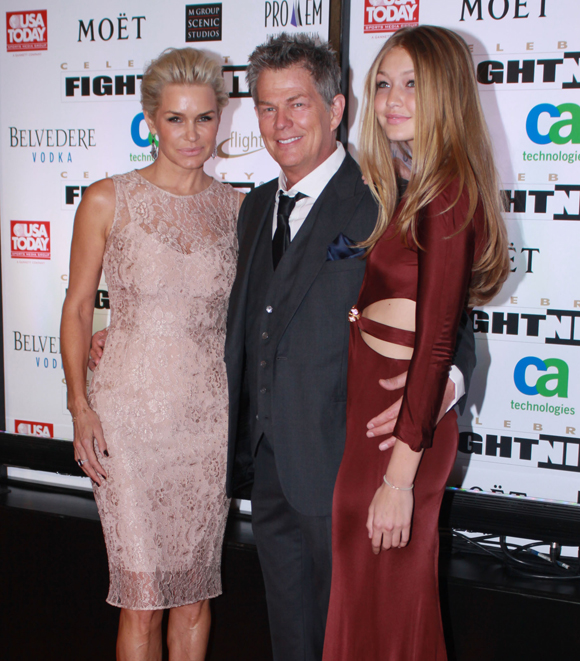 Yolanda started on Season 3 in 2012 — Gigi signed with IMG in 2013. The math ain’t that hard. Being seen on national TV and getting to step out on red carpets in fabulous dresses is not something most teenage girls get to do. That’s privilege again. Not to mention the fact growing up with all that money meant she was able to do things like equestrian sports. She may not have taken the ol’ “million dollar loan” from her parents, but the position they put her in definitely set her up for success in a way most aspiring models can only dream of.

Obviously we weren’t the only ones who blanched at the idea gurl was self made. Here are a few of the responses on Mohamed’s post:

“Self made? Her mom’s a model which is the only reason she got signed as well as Bella. You’re a rich developer who built mansions all over BH and Bel Air… she was born into money sis”

“yeah Yolanda def helped Gigi and Bella get into the industry…”

“it defeats the purpose of being “self-made” if you truly didn’t have to work for it if it was bought for you since a young age. Of course, they have to be able to work the job if they want to continue being paid, but they will never know what’s it’s like being a model coming from the absolute bottom.”

Again, we just want to make it clear… we absolutely think Gigi Hadid is a phenomenal model. We believe she has what it takes to make it without any help, without being born on third base… but we’ll never know for sure. Because she did have help. She had loving parents who were wildly wealthy — and connected in the industry.

So all those other things, beauty, poise, grace, you bet she has them. But “self made” she is not.

What do YOU think, Perezcious readers??