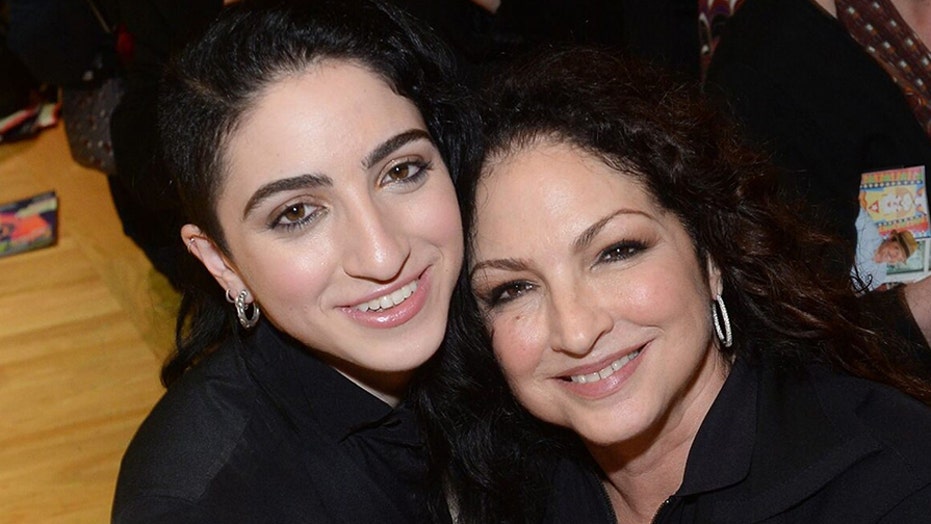 On “Red Table Talk: The Estefans,” the 25-year-old detailed how she came out to the iconic singer, 63. The two revealed that they had a strained relationship because of the way Estefan initially reacted to Emily’s announcement that she was dating her partner Gemeny Hernandez, a woman.

“What’s tough is going back to those places that were painful, because we have moved beyond them a lot already,” Estefan told Fox News. “And to see how a lot of it is miscommunication. That is the reason we’re doing the show, to spark conversations in people’s homes, in their own families.”

In the episode, Emily described how Estefan warned her that she shouldn’t come out to her grandmother and instead, keep her sexuality a secret from the ailing matriarch.

Emily came out publicly in 2017, when she shared a photo with Hernandez on Instagram.

Looking back, Estefan said she was trying to protect her mother from any shock that would affect her health, as well as shield Emily from anything that could harm their relationship, as well as her own blossoming career as an artist.

“To tell you the truth, it was a non-issue, the part about her being gay,” Estefan explained. “What was difficult was that, at the time, she was about to put out an album, and I was also not only being a mom, I was trying to be a celebrity mom. Because I’ve been in that world a long time and tried to offer protections and tried to maneuver things in a way that ultimately was not what Emily needed right at that moment. But we had no way of knowing how she was feeling inside because she kept a lot of those things to herself.”

In the series, Emily described how she was “hurt” by the reaction, adding she was already struggling to “hide” her sexuality. Estefan credited therapy to helping mother and daughter communicate better and ultimately heal. 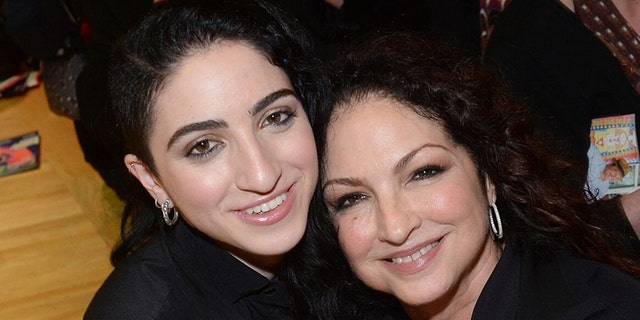 Emily and Gloria Estefan say their relationship is better now than what it was before.
(Getty)

“It was like, I was talking to her, [but] she wasn’t understanding where I was coming from and vice versa,” Estefan explained. “… When I was telling Emily, ‘take it slow,’ [about coming out to my mother], she was hearing rejection. That’s exactly why we’re having these conversations because we thought we were being incredibly inclusive throughout her entire life and making things comfortable for her. But that’s not what she was feeling in her own skin.”

During “Red Table Talk: The Estefans,” the singer who rose to fame as the singer of the Miami Sound Machine, admitted she felt “regret” in telling Emily not to come out to her mother, who passed away in 2017 at age 88.

Emily told Fox News she has no regrets in detailing her personal struggles as it might help someone else trying to come out to their families. When describing her relationship with Estefan today, she said “we’re good.”

“Like all mothers and daughters, we still have work to do as everybody should, because you can always work on your relationships,” Emily explained. “And for me, I see the conversation as a step in that journey. So it makes me proud to see us sit there and talk about things like that. Everybody has issues. It’s the grace with which you handle them that matter.” 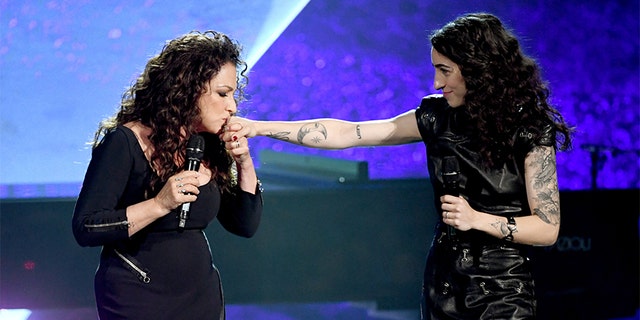 Gloria Estefan and her daughter Emily Estefan are pictured here in 2018. On ‘Red Table Talk: The Estefans,’ the 25-year-old detailed how she came out to the iconic singer, 63.
(Getty Images)

“We love each other deeply,” she shared. “And I respect her very much. There’s no other way. We need to figure out how to talk to each other. And find out if you have a problem. I didn’t even know that there was a problem before this. [But now] we’re good. We’re in a good place.”

After reflecting on her experience, Emily had some advice for others struggling with their sexuality in silence.

“It’s important to be authentic,” she explained. “I don’t think that anybody that isn’t ready to come out feels like they need to keep private things private. When looking back at my life, when I was feeling things, I started to conceal [them] in a certain way. And when that starts happening, then you have juxtaposing feelings. Your family’s confused, you’re confused. So be honest with yourself.”

“And from a parent perspective, I think that we also have to acknowledge, it’s just such a different world,” said Emily. “The world has changed so much in the last few decades. And that also comes with a lot of pressure, a lot of different expectations. So from both accounts… the purpose is to listen. If we all took a little more time to listen to each other before we spoke, I feel like that would solve a lot of problems — let alone something like coming out.”

The women shared audiences can expect more candid conversations on “Red Table Talk” — especially when it comes to family.

Estefan and her husband Emilio have been married since 1978 and share two children, including Emily.

“I wish I could bottle it and sell it if we had a secret,” said Estefan about the lasting union. “[We] have deep love, admiration and respect. I think to me, the most important thing is that we’re on the same page when it comes to the things that really matter. That makes for a lot less arguing than some people might do. We have the same value system, morals, priorities. Our family’s number one, always… We give each other the space to grow and be. And I think if each one [is] thinking about the other one, then you’re both good. That’s been the case for us.” 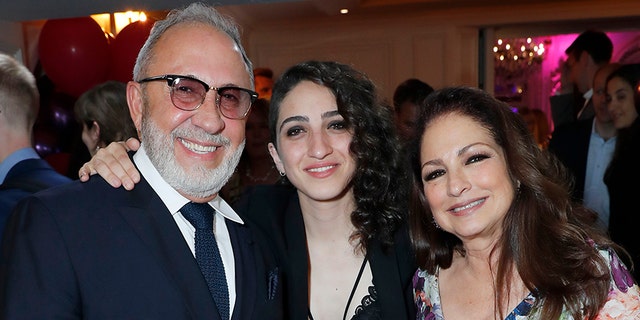 Gloria Estefan and her husband Emilio Estefan, left, have been married since 1978 and share two children, including Emily (center).
(Photo by David M. Benett/Dave Benett/Getty Images)

Emily also chimed that laughter has been essential for the couple.

“He makes me laugh every day,” Estefan agreed. “Even when he’s not intending to. Sometimes he doesn’t. He’s very cute — he’s a funny man.”

Emily has no qualms opening up in front of cameras and hopes that her story, as well as those of her family, will encourage viewers to speak up.

“How could we not [do ‘Red Table Talk’]?” she said. “I was just thrilled to… have a place to speak and also heal and have it be available for people to watch. I think that kind of programming is so important. And obviously, with my family that I love so much, how was I going to say no?”