Graham Norton spoke candidly about life behind-the-scenes on BBC Radio 2 and revealed he was not allowed to touch any buttons at the station. It comes as the presenter announced his decision to quit after 10 years with the Corporation.

The 57-year-old will be joining the Virgin Radio roster with the likes of veteran host Chris Evans who also moved away from Radio 2 in 2018.

Graham spoke candidly about his time fronting his previous radio programme and was admittedly very hands-off.

The presenter revealed he often just talked to his listeners but had little input with pushing buttons.

“Here’s my confession – at Radio 2 I was never allowed to touch a button, I was just gloves on, and I’d sit there and talk,” Graham explained. “So everything happened around me.” 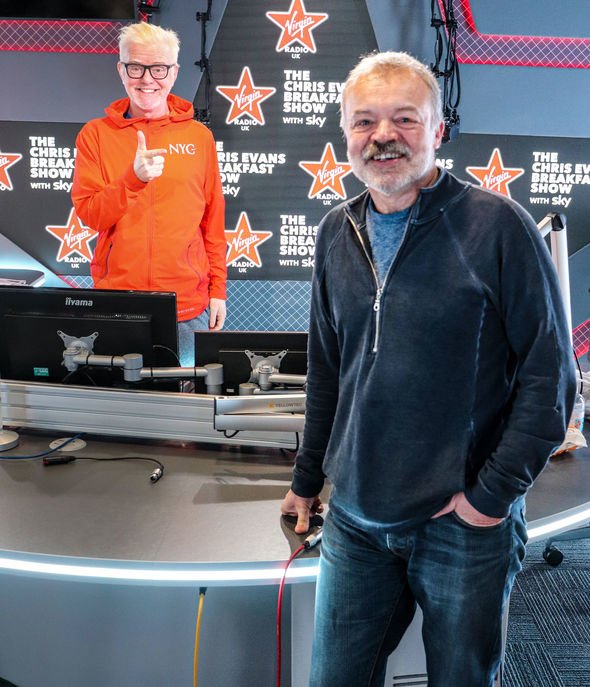 The small-screen star has since shared his excitement at having the opportunity to be more active behind the microphone.

Graham said: “But here, I’m pushing some buttons and it’s pathetic how excited that makes me.

“It’s like that thing when you’ve learned to drive, you’ve passed your test and then you’re on the motorway and you’re like ‘this isn’t illegal…but it should be!’”

The former Radio 2 host dropped into Chris’s show to talk about his new Graham Norton Radio Show which airs today. 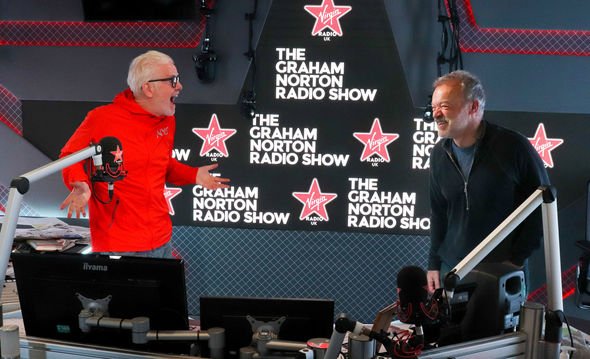 Graham credited his colleague for encouraging him to make the move across to Virgin Radio.

Chris recalled: “The last time you were on the breakfast show you said, ‘it’s lovely here’ and I said it is.

“And you said, ‘you seem so different and happy’ and I said I know.”

He added: “I loved working at Radio 2 but I didn’t realise there was another level of joy to be had. And you got the same vibe didn’t you?” 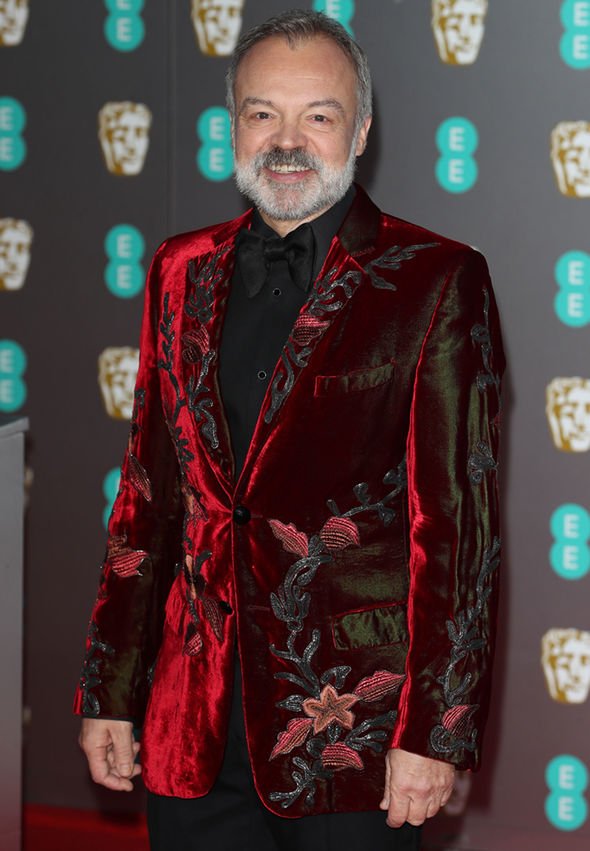 Graham said: “I really did. And you were saying ‘oh you should come and work here.

“And as I left thinking ‘well, that will never happen, but actually that would be quite nice.’”

The radio broadcaster was doing the interview rounds this week as he later appeared on ITV’s This Morning.

Host Alison Hammond made an epic blunder while speaking with Graham via Zoom.

She quizzed: “The last time I saw you, you were with your dog out and about.

“I’ve just been told I’m gonna be getting a four-legged friend. Have you still got your dog?”

With a deadpan expression, Graham replied: “No, he’s dead.”

Graham Norton Radio Show airs every Saturday and Sunday from 9.30am on Virgin Radio.