Talk about a throwback! Gwyneth Paltrow can’t escape the ghosts of boyfriends past, thanks to the Goop social media team.

Jen! J. Lo! All of Ben Affleck’s Loves and Flings Through the Years

The Marvel actress, 48, was in for a big surprise when her lifestyle brand used an old photo of her and ex-boyfriend Ben Affleck to celebrate the changing of the planets at the end of May. In an Instagram post on the official Goop account, Paltrow and Affleck, also 48, were shown in the heyday of their whirlwind ’90s romance. The Politician star, labeled in the meme as “Gemini szn,” rolled her eyes as Affleck, representing “Mercury in retrograde,” leaned in to whisper in her ear.

“‘Tis the season,” the caption read, to which Paltrow playfully responded, “Oh my god you guys.” 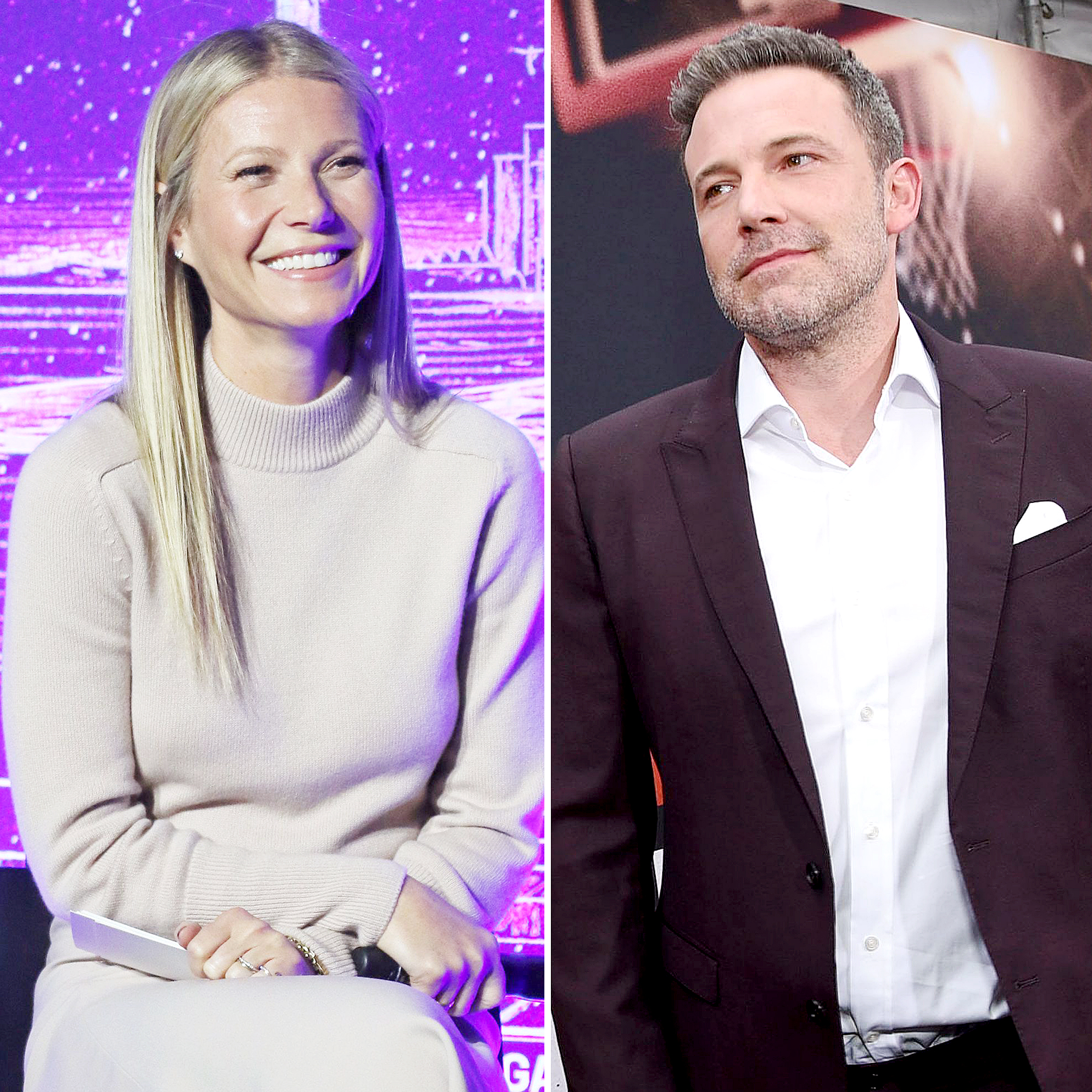 The Shakespeare in Love costars dated for three years before calling it quits in 2000. Two years later, Affleck went on to spark a romance with Jennifer Lopez after meeting on the set of Gigli. The duo were engaged from 2002 to 2004 — and recently raised eyebrows when they reconnected in the wake of Lopez’s split from fiancé Alex Rodriguez.

Following their getaways to Montana and Miami, Us Weekly confirmed in May that the Gone Girl actor and the “Get Right” singer, 51, are “full-on dating.” While neither one of the Hollywood stars has spoken out about their rekindled romance, a source revealed they are “very happy together” and “excited” to take things to the next level.

“They picked up where they left off in terms of affection for each other,” the insider added. “They have always remained close friends and that is the basis for their relationship. They both respect and trust each other. Ben and Jen are also very attracted to one another.”

Though they haven’t publicly addressed their PDA-filled hangouts, the twosome aren’t hiding their affection for one another. After they were caught getting extra cozy on a dinner date in Los Angeles, a second insider told Us that things have been “hot and heavy” between the reunited couple.

“Jen and Ben have been all over each other and can’t seem to get enough — all day, every day,” the source said. “Their chemistry is off the charts.” 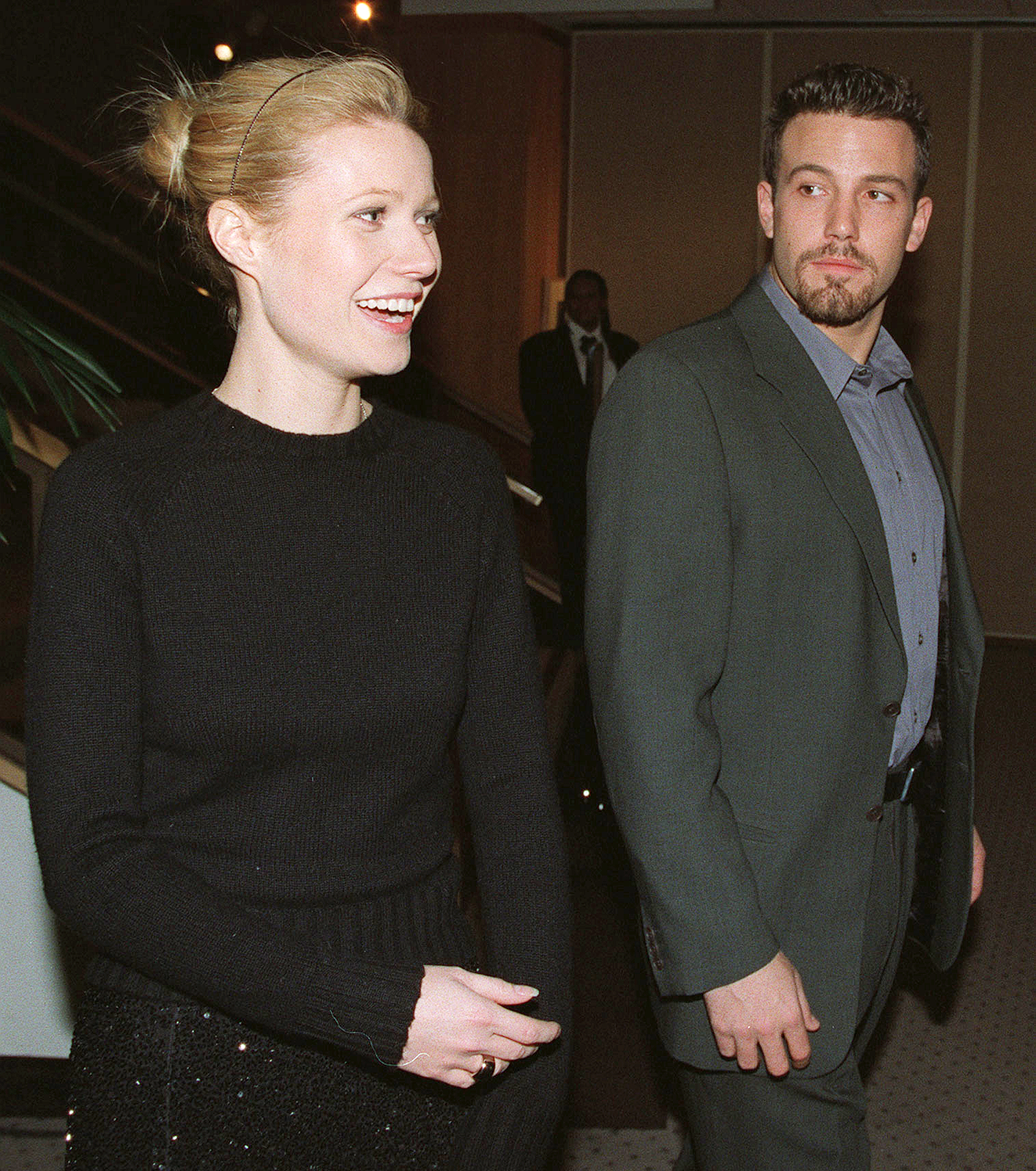 Lopez isn’t the only former flame Affleck has stayed friendly with over the years. In 2018, Paltrow admitted that she was still on good terms with the Good Will Hunting star even though their romance didn’t pan out.

“It’s interesting, I think there’s certain boyfriends where you are trying to work stuff out, right?” she said on The Howard Stern Show at the time. “Like, you’re trying to heal certain stuff from your childhood, and he was very much a lesson in that way.”

Before dating Affleck, Paltrow was engaged to Brad Pitt from 1994 to 1997. She went on to tie the knot with Chris Martin in December 2003 but the pair announced their “conscious uncoupling” in 2014 after 11 years of marriage. They share daughter Apple, 17, and son Moses, 14, and finalized their divorce in July 2016. Paltrow married Brad Falchuk in September 2018.