Home » Celebrities » Harry Styles Teases a Fan Who Hit Him With a Chicken Nugget: "I Don't Eat Meat"

Harry Styles Teases a Fan Who Hit Him With a Chicken Nugget: "I Don't Eat Meat" 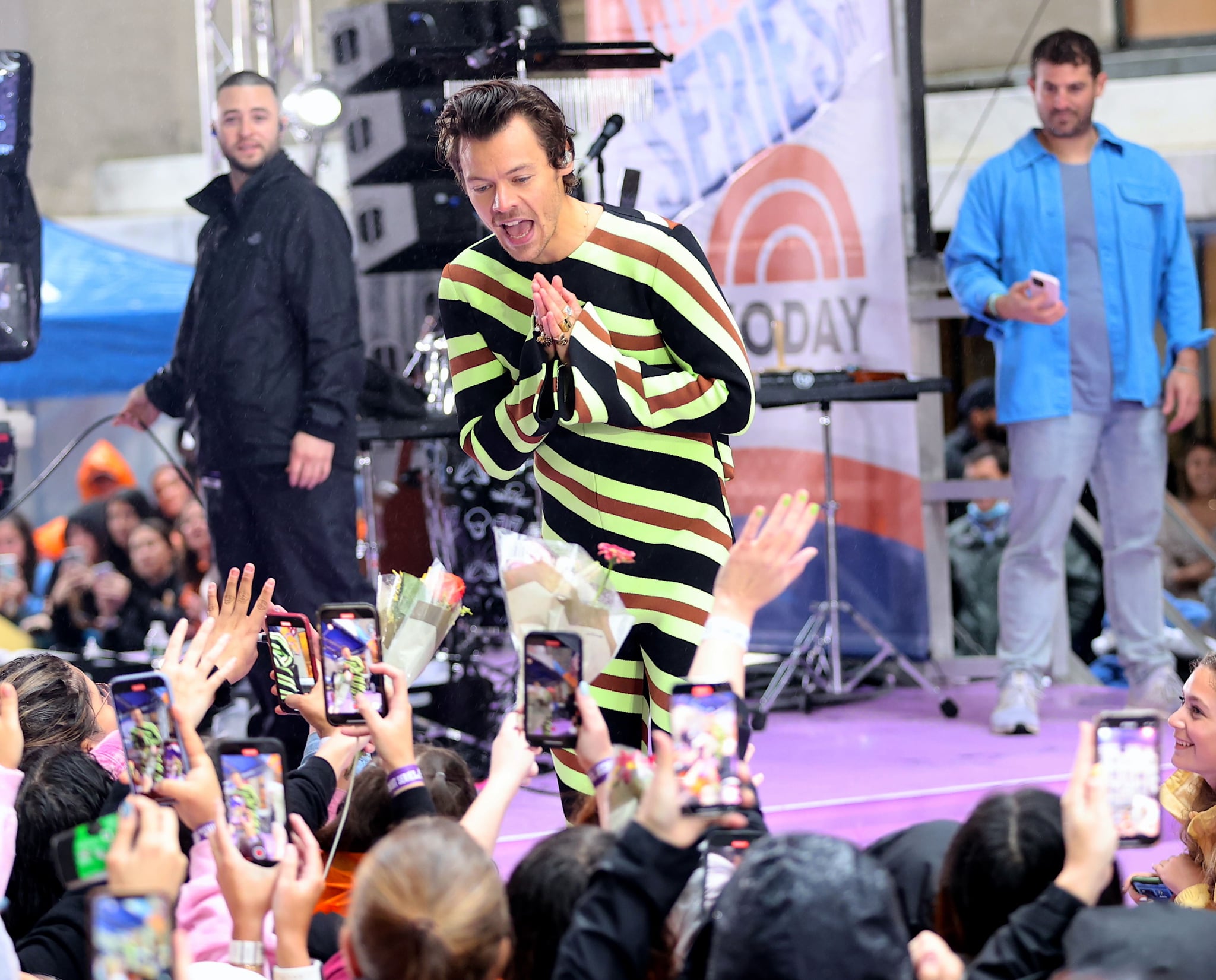 Harry Styles confirmed some interesting info about himself after a fan threw a chicken nugget at him while he was on stage over the weekend. The “Late Night Talking” singer was performing on Saturday, Aug. 27, at Madison Square Garden as part of his 15-show Live on Tour residency. He walked around the stage and picked up a chicken nugget someone had thrown at him while he was singing.

“Interesting, very interesting approach. Who threw the chicken nugget?” Styles asked in videos seen on social media. He held the nugget aloft as the crowd cheered. “I don’t eat chicken, sorry. I don’t eat meat,” he said. Styles revealed to Vogue back in 2020 that he had been a pescatarian for three years at that point.

“Here, have your nugget back,” he said during the Saturday interaction, before throwing the nugget back into the crowd. He joked, “First of all, this is cold, and I’m assuming very old. Would you like it back? Why? Alright, here you go. Don’t eat it! Now it’s on the floor! Don’t go looking for it, we’ll get you another nugget.”

Fans often throw things at Styles while he’s performing, including sunglasses, cowboy hats, presents, and, frequently, LGBTQ+ pride flags. A chicken nugget does seem to be a first, though. The stage for Styles’s 2022 tour is set up in the round, which means a larger than normal group of fans is within throwing distance of the stage.

After Styles finishes his residency at New York’s MSG on Sept. 21, he’ll play six dates in Austin, six dates in Chicago, and 15 dates in Los Angeles. Then, his tour will takes him to other parts of North and South America, before moving on to Australia and Asia next year. He also announced more European tour dates for 2023; when Styles played there earlier in 2022, he was surprised by fan reaction to the “Leave America” line in his hit single “As It Was.”

Styles obliquely referenced their relationship, and the criticism Wilde receives from some fans, in an interview with Rolling Stone published Aug. 22. “It’s obviously a difficult feeling to feel like being close to me means you’re at the ransom of a corner of Twitter . . . ” he said. “I just wanted to sing. I didn’t want to get into it if I was going to hurt people like that.”