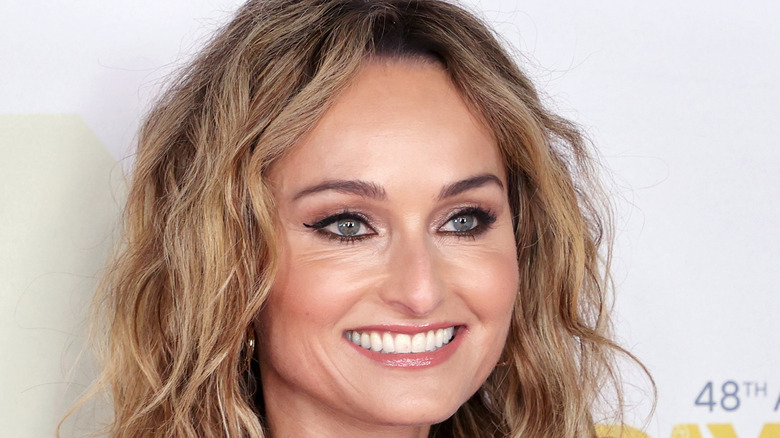 In the early days of celebrity chefs, people were used to seeing rotund figures on their television screens. In the mid-’90s, celebrity chefs Jennifer Patterson and Clarissa Dickson famously made a name for themselves in the culinary world on their show “Two Fat Ladies” (via Saveur). When you watch a modern cooking show, you might find yourself perplexed by the svelte figure of the top chef behind the decadent dish. You see them eat on camera constantly, and yet they manage to maintain a trim waistline that baffles audiences who are left to wonder exactly how they do it.

Culinary stars like Giada De Laurentiis and Cat Cora have taken the place of their more full-figured predecessors like Julia Child, Ina Garten, and Paula Deen, captivating audiences with both their skills in the kitchen and their fit frames. One would think that with so many indulgent dishes coming out of their kitchens, these chefs would pack on the pounds. However, after years of success, they’ve managed to keep the pounds from piling on. So, how do they do it? 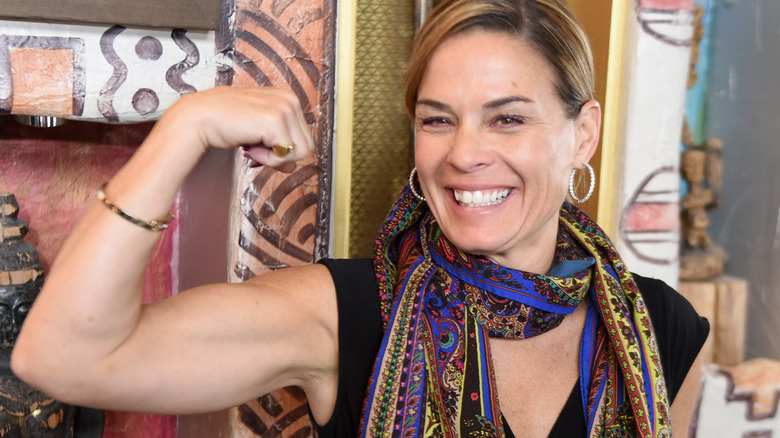 While you might think that top chefs are constantly indulging in full plates of the delicious treats coming out of their kitchen, the truth is that the thinner chefs you see on the screen are tasting rather than feasting. In addition to sample-sized bites, chefs are known to run around the kitchen constantly in order to keep up with tasks, which makes it easy for them to burn extra calories on the job. Los Angeles chef Quinn Hatfield tells The Daily Beast, “I think people always assume chefs eat foie gras all the time. But actually, it’s possible to work an entire shift and not eat anything, since we’re running around all the time. And the butter and meat and calories I consume are so minimal compared to what goes out on each plate.”

Chicago chef Laurent Gras swears by the same, telling The Daily Beast, “I can work 15 to 18 hours in a day. I am certainly burning more on my feet than I eat.”

In addition to the extra movement, most top chefs make a point to include exercise in their daily routines. Top chef Carla Hall tells Eater, “After hours in the kitchen, my body craves yoga. I alternate it with spinning. which I used to be afraid of but now love!” With so much time spent working, yoga is a great way for chefs to stay in shape and unwind.

It's important to eat what you love 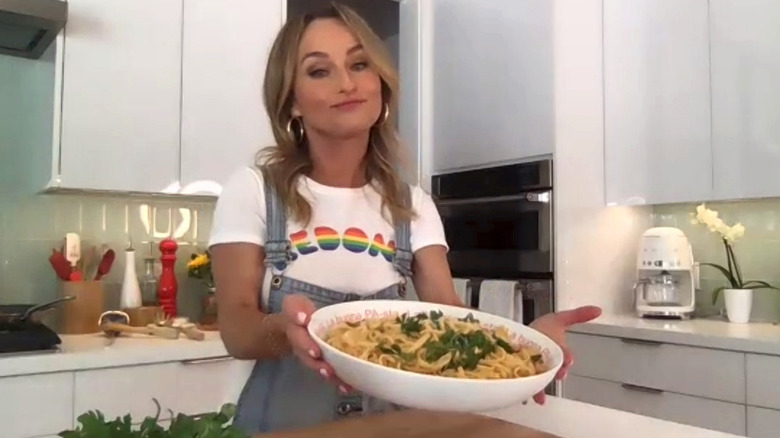 The most important part of staying trim and healthy as a chef, pleasantly so, is allowing for wiggle room when it comes to the most indulgent foods. Writer Allison Adato tackled the topic in her book “Smart Chefs Stay Slim,” and she found that most chefs swear by enjoying the things you truly love (via The Healthy). She quotes pastry chef Jacques Torres saying, “When you deny yourself what you’re craving in favor of something you believe you’re supposed to eat, you’re only left wanting,” following his 30-pound weight loss.

Top chefs also tend to be selective about the treats they choose to indulge in. Adato herself says, “Once I started thinking of myself as the kind of person who eats only the best chocolate, the great wall of candy bars at the grocery checkout became all but invisible to me.”

When it comes to staying in shape, those who work in the most indulgent industry in the world have it down to a delicious and dreamy science. Stay moving and eat a little bit of what you love all the time and you’ll stay top-chef-trim too.