We can all agree that “The Real Housewives of Potomac” star Candiace Dillard hasn’t had the easiest time adjusting to being a reality. Between her infamous fight with former co-star Monique Samuels and arguing with internet trolls on a regular basis, Candiace may not seem to be a fan favorite among viewers. Aside from the hate she receives from her critics, Candiace’s relationship with her co-stars was quite shaky after season five, especially with Karen Huger and Ashley Darby. Candiace revealed she was disappointed in Karen for choosing Monique’s side during a Behind The Velvet Rope interview with David Yontef.

“I really loved Karen, I looked up to her like an auntie, sister figure – we spent a lot of time off camera together, but the more valuable friendship was the one that she chose,” She said. “She did accuse me of lying under oath, which is egregious at best, like, how dare you? For her to insinuate that I would lie about what happened to me under oath is disgusting – [Karen] is no one’s friend.”

As viewers witnessed during season five, Candiace’s already rocky friendship with Ashley was severed after the latter revealed she was writing a character statement in favor of Monique. The two previously fought over Ashley’s intentions of having a child. As season six approaches, Candiace has a theory about why Ashley has been treated better by fans. 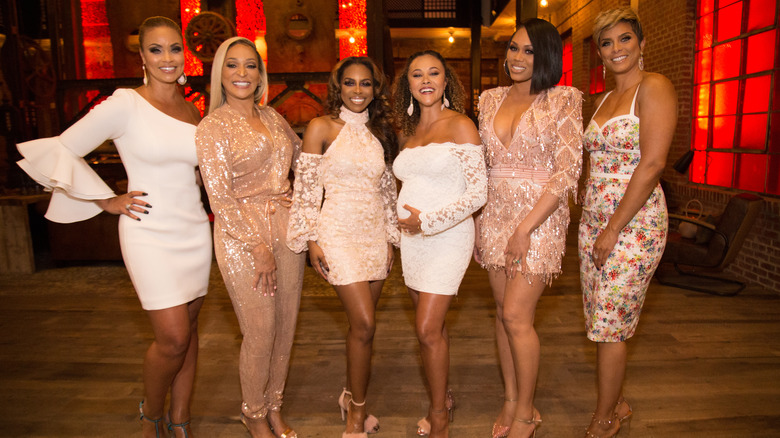 Candiace Dillard’s outspokenness landed her in a few disagreements with the rest of the Potomac crew. However, she’s not letting her blunt personality stop her from expressing how she feels colorism plays a major role on “The Real Housewives of Potomac.” In Candiace’s opinion, she feels that Ashley Darby doesn’t receive hate from fans because she’s of a lighter complexion.

The “RHOP” star commented under a June 2021 Instagram post shared by All True Tea, which included a 15-minute compilation of some of the show’s best moments, including a clip of the knife-wielding fight between herself and Ashley at her home. A fan commented in favor of Candiace, writing, “This reel shows how reckless Ashley’s mouth has been and still is. Yet Candiace was the villain and ganged up on by so many fans. It’s crazy how Ashley was in my opinion worse but people want to ignore that. I wonder why????” To that point, Candiace responded, “Because she’s light skinned. There. It was said. I said it. Now, let’s see how fast it gets around.”

While some fans believed Candiace was right, many disagreed with her. Under an Instagram post from The Jasmine Brand, fans noted that Ashley, Gizelle Bryant, and Robyn Dixon have all faced scrutiny for their actions regardless of their hue. Ashley has yet to respond to Candiace’s claims, as of this writing.