Home » Celebrities » James Martin: ‘My career could be over’ ITV chef expresses doubts about future

James Martin: ‘My career could be over’ ITV chef expresses doubts about future

James Martin, 47, joked about ending his career as he made a basic but classic and delicious dish during his last Saturday Morning show. It seems to be a favourite among many people, and even James said he’s partial to a little taste at home, in “private”.

I’ve spent 28 years on television cooking and now I’m doing this. My career could be over in exactly three minutes

On Saturday, the chef took a look back at some of his favourite recipes from the past few series.

And to finish off nicely with a real “showstopper” of a dish, what better than to make what was essentially just a cheese, ham and tomato sandwich?

Branding the technique “epic”, it sure got viewers’ mouths salvating as they waited to see what James had in store for them.

Speaking to his guests, who included northern Irish Michelin star chef Clare Smyth and other famous pals, they joked that the basic but brilliant option would be their “before the guillotine” choice – a last meal if you will. 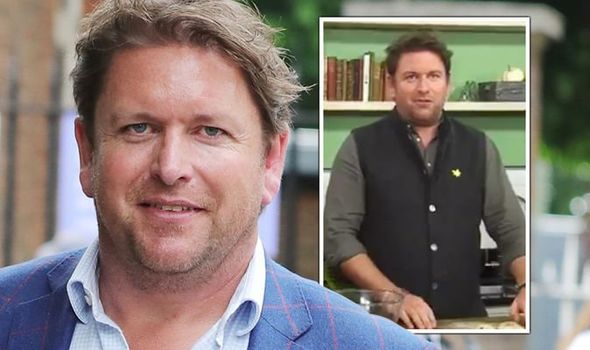 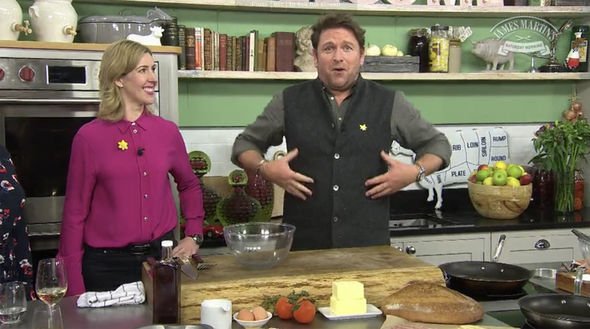 “This is what I normally eat in private!” James confessed.

“But this is the problem, if you eat too much of this, this is what happens!” he laughed as he rubbed his belly.

As he proceeded to fry the sliced pancetta and oven cook the tomatoes, he revealed that making a sandwich on a cooking show might be a little too easy.

“I can’t believe I’m doing this and in front of one of the greatest chefs in the world,” he smiled nervously, as Clare giggled. 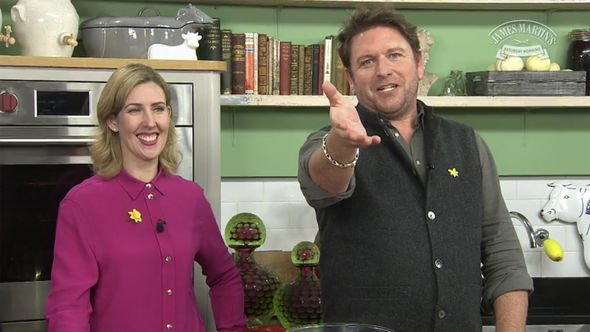 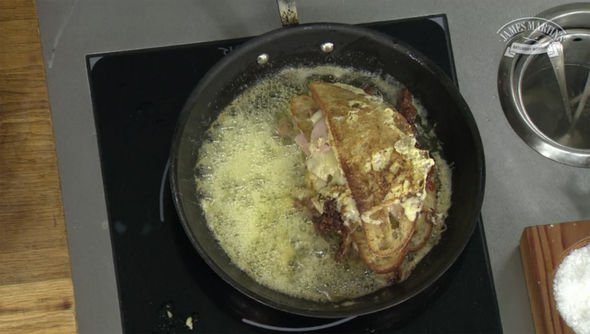 “I’ve spent 28 years on television cooking and now I’m doing this. My career could be over in exactly three minutes.”

He even went as far as to take a little dig at himself.

“Some people will probably shout at the TV ‘We hope so,'”.

But he really had the studio laughing when he accidentally hinted he usually whips up the dish at home… in his pants.

He began whisking eggs and milk together with his fingers as his guests burst out laughing.

James blushed: “As I said to you, I usually do this in the comfort of my own home, in private!”

“In your pants?” one of the guests joked.

But James went even redder, his face turning scarlet as it seemed that was indeed what he does.

He spluttered with laughter as he agreed: “In my pants, maybe!”

“You probably peer through the window on your way to work don’t you!” he hooted.

He continued to construct his sandwich, which by now was way beyond the basic sandwich viewers were expecting.

After coating it in fat from the ham and rolling it in the egg and milk mixture, he compared himself to cooking-come-personal training sensation Joe Wicks, who is the author of the incredibly successful Lean In 15.

Instead, James had another name for his creation: “Fat in five!”

Clare’s face was a picture and even James sniggered: “Well, I did warn you before you came on!”

Who will be trying that creation at home?