Jennifer Lopez is picking up on Ben Affleck’s style.

The “Hustlers” star, 51, was photographed on Thursday wearing a shirt that appears to be Affleck’s, as he’d previously been spotted in what seems to be the same top.

During an outing, Lopez wore the oversized red and grey flannel button-down shirt, which Affleck was photographed wearing back in May.

Affleck has shown affection for Lopez’s style as well, as he was recently seen sporting what appears to be a watch famously gifted to him by the singer in the “Jenny From the Block” music video in 2002. 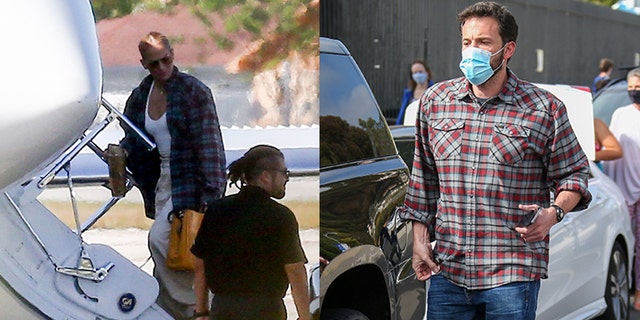 Additionally, rumor has it that Lopez still owns the famous pink engagement ring that Affleck used to pop the question during their first go-round.

Lopez’s outing in her beau’s clothing comes just days after it was reported that she’s looking to move from Miami to Los Angeles.

“She will be between LA and the Hamptons this summer, but LA will be her base,” a source recently told E! News. 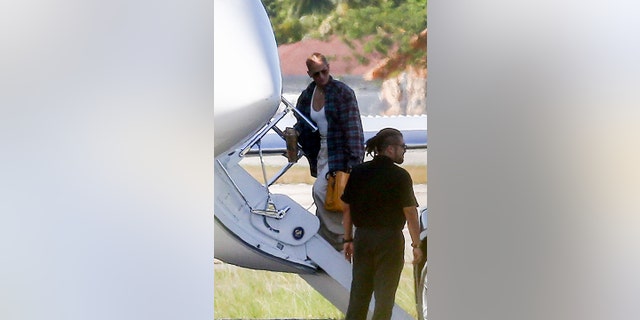 Jennifer Lopez wore the shirt while boarding a plane.
(Backgrid)

They added: “She is looking at schools for her kids in the fall.”

“She is excited about a fresh start and pursuing things with Ben,” the insider added. “They will be at their LA home soon.” 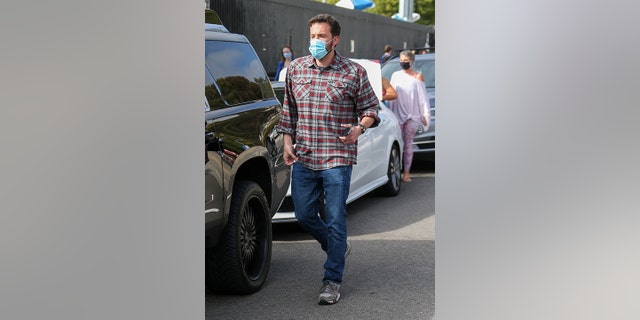 It seems that the happy couple has been planning an exciting season, as a source previously told People magazine that they’ve been “discussing summer plans,” as they “want to spend as much time together as possible.”

“They also want to take a trip,” added the insider, who also noted that the “Dance Again” singer “is incredibly happy” to have resumed her romance with the Oscar-winner.

“They are both acting very comfortable in their relationship,” they said.