Expectant mother Katy Perry just finished season 18 as a judge on American Idol and days ago, released her new single, “Daisies.” Her fifth studio album is set to drop in August, and her baby is also due this summer.

The pandemic has shifted Perry’s wedding plans with Orlando Bloom, but she is spending time working on music and preparing for motherhood. She is excited but admits she’s had much to learn. 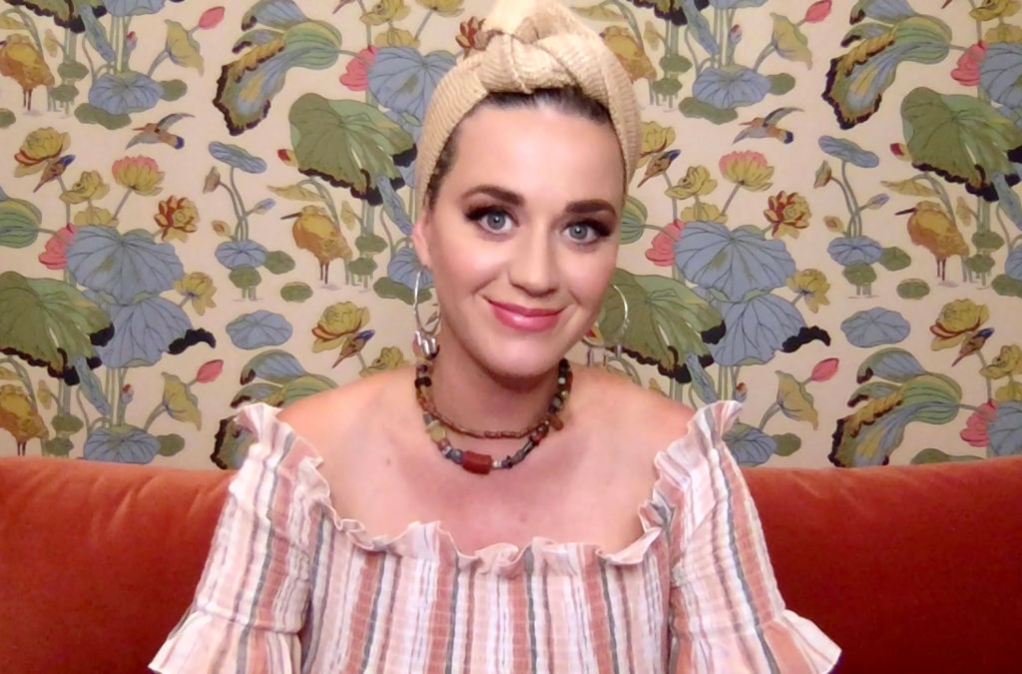 Perry is pregnant with a girl

Fans first learned the news of Perry’s pregnancy in March when she shared the video for “Never Worn White.” In April, Perry and her fiancé revealed they’re having a baby girl with a photo posted on her Instagram account.

It is something the couple is looking forward to, so much so, they originally planned to get married while Perry was still pregnant.

COVID-19 put their wedding plans on hold, and the focus now is to safely have a healthy baby during the pandemic. Per ET, Perry told SiriusXM’s Mikey Piff the pregnancy was part of their plan:

Well, it wasn’t on accident. I’m so grateful for everything that I have been able to do and achieve and all the goals that I’ve been kind of able to check off my list and dreams and the life I’ve lived thus far. And I think I’ve just been trying to create this space in my own life where I’m not running myself too ragged and like, you know, creating space for something new to happen like this. And I think we were both looking forward to this new interval of life and sharing this, so, that’s kind of how it happens, you know?

RELATED: KatyPerry Says Her Relationship With Orlando Bloom Works so Well Because They Like ‘GivingEach Other a Little Space’

Perry struggled with being ‘maternal’

During a video chat with Hits Radio in the UK, Perry discussed the meaning of her new song, “Daisies” and how it’s about not letting your dreams go. With that in mind, the hosts asked what was next on her list, and she replied that it’s motherhood.

For me, obviously what’s in the cards is becoming a mother. I’ve always wanted to be that. I didn’t know if I could be that or if I’d have the capacity. My sister’s the most maternal one in my family and I’m like a logistics strategizer–you know–show-off, and I didn’t have the maternal gene. So, I’ve had to like really learn how to have that.

Perry also added that her futureplans include going to college and has her eyes set on Oxford University for studiesin psychology.

RELATED: IsKaty Perry Canceling Her Wedding Due to Coronavirus?

Perry is getting mommy practice during quarantine

Hunkered down in her Los Angeles home with her fiancé, Perry is preparing the nursery for their new arrival while hosting some special houseguests.

She told Hits Radio she is quarantining with family, which includes Bloom’s 9-year-old son Flynn. Also at home with Perry are her sister, brother-in-law, two nieces ages 3 and 6, and her nephew who is 8 months old.

She said her nieces sometimes wake her up early in the morning, but it’s helping to get her ready for what’s to come.

While quarantining with family is teaching her about boundaries, Perry shared that one of the good things about it is that her brother-in-law is putting his music engineering skills to good use.

He’s working on her album too! Fans should be on the lookout for the project come summertime.

RELATED: KatyPerry Reveals She and Adele Are Next-Door Neighbors

Wayne Rooney defers portion of his £90,000-a-week wages to help Derby through their cash crisis as newly-appointed Rams boss agrees to spread pay-packet over longer period Wayne Rooney will defer a portion of his wages to help Derby in their cash crisis The new Rams manager was given a two-and-a-half year contract last month He has agreed to spread his £90,000-a-week […]

END_OF_DOCUMENT_TOKEN_TO_BE_REPLACED

Originally Published by: Jake Paul trains for boxing return, claims ‘it was supposed to be Conor McGregor’ Relaxed Conor McGregor says ‘we’ll build it back’ Five next fights for Michael Chandler after UFC star impresses with brutal debut Conor McGregor admits shout from Dustin Poirier’s cornerman got inside his head Octagon girl Camila Oliveira took advantage of UFC 257 to […]

END_OF_DOCUMENT_TOKEN_TO_BE_REPLACED

This Meal Delivery Service Sends Gourmet, Celeb Chef-Cooked Foods To Your Door—and We Tried It

After 10 months of quarantining and making dinner (and breakfast and lunch!) at home almost every single day, my family and I are just about cooked-out. Yes, even a food editor gets tired of food: the monotonous grocery lists, the never-ending meal planning, the constant chopping and cooking, and the endless pile of dirty dishes in the sink (how can […]

END_OF_DOCUMENT_TOKEN_TO_BE_REPLACED

Dr. Deborah Birx is opening up about her time working as former president Donald Trump's U.S. coronavirus response coordinator. During a candid interview on CBS' Face the Nation, Birx — who announced last year that she would retire after helping President Joe Biden and his team with their pandemic response amid his transition — shared that quitting was something that […]

END_OF_DOCUMENT_TOKEN_TO_BE_REPLACED
This website uses cookies to improve your user experience and to provide you with advertisements that are relevant to your interests. By continuing to browse the site you are agreeing to our use of cookies.Ok