Kevin Hart Isn't a Fan of Cancel Culture: 'Nobody's Going to Be Perfect'

Speaking his mind. Kevin Hart admitted that he doesn’t think cancel culture is a “realistic” way of reacting to celebrities and their controversies.

The 40-year-old Jumanji star, who has faced backlash for a number of his own scandals in the past, opened up about the “negative” impact of shunning celebs from the public eye after they’ve made mistakes during an honest conversation with O, The Oprah Magazine on Thursday, May 21.

“You gotta get to a point where you become more realistic. What I mean about being realistic is: Nobody’s perfect, nobody’s going to be,” Hart began during the Instagram Live interview. “We’re living in a time where we’re just expecting perfect, as if people don’t slip and fall down the steps, or everybody walks straight all the time. But you stumble … it’s weird to really hold people at a level that they never asked to be held at.”

The stand-up comedian previously sparked controversy for telling homophobic jokes on social media, which eventually cost him the opportunity to host the 2019 Oscars after the old tweets resurfaced. After stepping down from the prestigious hosting gig, Hart issued a public apology to the LGBTQ community for his “insensitive words.” 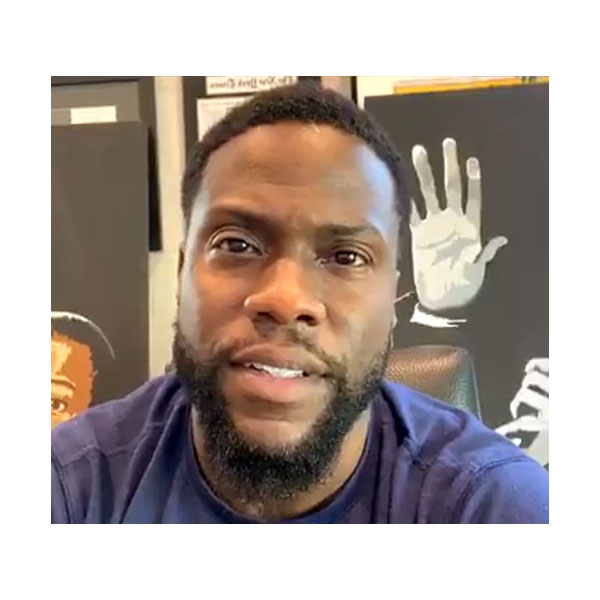 “I’m sorry that I hurt people.. I am evolving and want to continue to do so. My goal is to bring people together not tear us apart,” he wrote via Twitter in December 2018. “Much love & appreciation to the Academy. I hope we can meet again.”

While the Night School star claimed to have used the incident as a learning opportunity, he still thinks fans should take a different approach when their favorite celebrities slip up.

“We can’t be so persistent with the search to find and destroy. Although some things are warranted and I understand, it’s just us as people have got to be smart enough to go, ‘You know what, whatever has happened, has happened,’ but people deserve a chance to move on,” he said on Thursday. “Life isn’t over because people say it is, and that’s what’s been happening as of late. It’s like people determine when your end button is pushed, but that’s not how it works.”

The Ride Along actor added that people should be held “accountable” for mistakes they made when they were younger or before they became famous simply because they “didn’t know what life was going to be like as an adult.”

“We need to lose that attitude and feeling and let people grow,” he concluded. “People love to talk s–t. People love to be negative, but guess what? They also love to be positive. But we only talk about the negative.”