Kim Kardashian has shared a series of snaps from her latest SKIMs outdoor basics campaign, in which she rocked blonde hair and bleached brows.

Kim Kardashian looked totally different when she posed in an out-of-this-world photoshoot as part of her latest SKIMS campaign. The 40-year-old shape wear mogul rocked platinum blonde hair and bleached eyebrows for the stylized shoot, which appeared reminiscent of the 1960s science fiction era. The mom-of-four posed alongside two other models in beige undergarments, offering the photographer Nadia Lee Cohen blank stares.

“It’s happening. Our first outdoor collection is coming. Made in LA with stretchy garment-dyed cotton and in a nature-inspired color palette, Outdoor Basics Drop 1 is the wardrobe you need this summer,” she captioned the post, which showed her wearing a crop top and matching bike shorts. “Shop Outdoor Basics Drop 1 in 5 styles, 5 colors, and sizes XXS-4X.”

The snaps may have been taken back in April when the reality star turned makeup mogul showed off her bleached eyebrows on her Instagram Story. “So it’s really cute, guys. My bleached brows, I’m into it. Can’t wait to show you guys the final look,” she said on her Instagram Story. Kim also rocked a blonde wig as she headed to the photoshoot, however her eyebrows were swiftly dyed back to their natural brown color, and she took off the blonde wig.

“I’m back to dark already don’t worry,” she captioned a mirror selfie of herself. Hilariously, fans on Twitter compared the bleached look to embattled YouTuber Jeffree Star, who is known for rocking extreme looks. “She turning into Jeffree star to win back Kanye West,” one fan joked, referencing the since debunked rumor that her now-ex cheated on her with Jeffree. 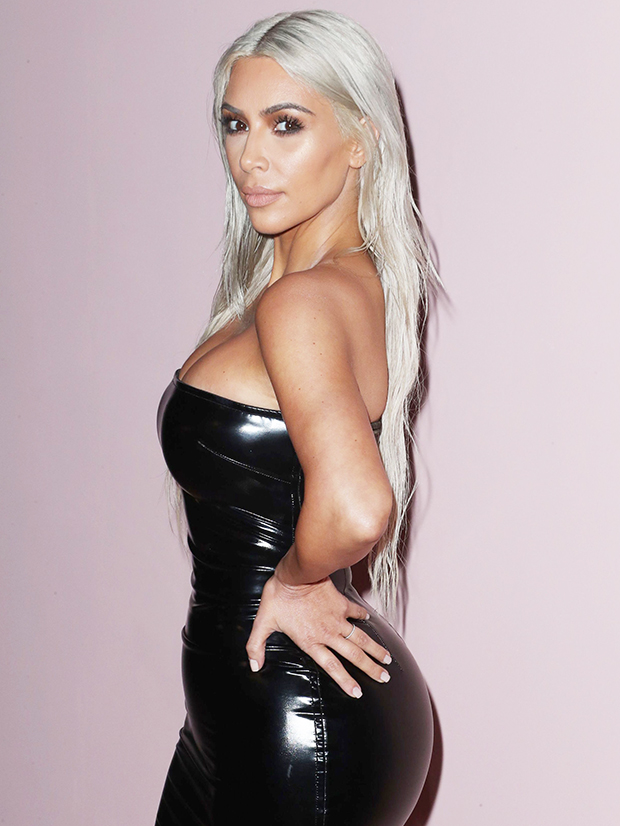 Since splitting from Kanye, Kim has been relying on the support of her pals, like longtime friend La La Anthony! The reality star has also been supporting the stunning TV personality after she pulled the plug on her relationship with Carmelo Anthony, a source close to the KarJenner clan told HollywoodLife exclusively. “Kim is like family to La La and has always been a huge support system for her,” the insider revealed.

“It’s no secret that La La and Carmelo have had their ups and downs throughout the past several years, and Kim’s been a friend and confidant through thick and thin … La La’s been a shoulder for Kim to lean on during her divorce from Kanye, so it’s only natural that Kim would want to be there for her friend right now,” the source added.